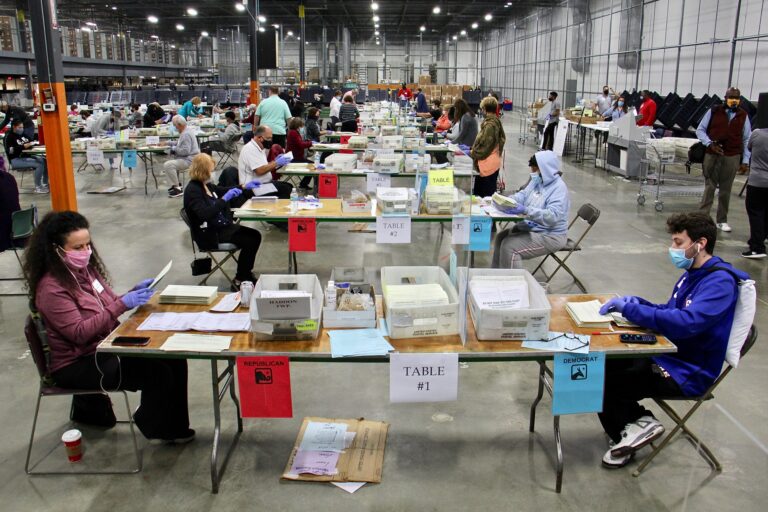 Remember when we started this election season with hundreds of candidates running for New York’s local offices? And nearly 50 people running for mayor?

Well, the list has now been pared down a bit and we have a pretty solid picture of who will actually be on the ballot for the June 22 primaries.

The process to get names on the primary ballot is over. And except for a few outstanding court cases , the city Board of Elections has its final list of who you’ll get to choose from when you vote in June.

Don’t forget: You’ll get to rank up to five candidates in most races because the city is using ranked choice voting for the first time. (We answered some questions about that here.)

Using the BOE’s records, city Campaign Finance Board records, our own reporting and a very helpful scorekeeping spreadsheet made by a district leader in Queens, we’ve updated all of THE CITY’s 2021 candidate guides.

Here are updated lists of races New Yorkers will make a decision about on June 22:

Note: Remember when we wrote about endorsements? Well, endorsements have been rapidly growing and shifting as of late, especially in the mayoral race. Here’s a reminder about how endorsements can affect elections.

It’s just a primary election in June, does it matter that much?

Yes! Because, by and large, the candidate who wins on the Democratic line in the primary is destined to go on to victory in the general election — because most of New York is a very, very blue city.

Most candidates try to nab a spot on the Democratic line. The Republican, Conservative or

Working Families Party lines are also among the four parties currently allowed to have a ballot line in New York, thanks to new ballot access rules pushed by the governor and passed by Albany last year.

Reminder: Early voting starts on June 12, and Primary Day is June 22. If you want to vote absentee, you can request your ballot now. We wrote about how to do that here.

Who gets to be on the ballot? And who says?

To get on a party line, candidates have to collect hundreds or thousands of voter signatures in a process called petitioning (we previously wrote about the requirements to run for local office).

Petitioning took place in March. The process is notoriously onerous and you can get thrown off the ballot for a lot of reasons: not having enough signatures, not having enough valid signatures or even missing a cover page, as Manhattan Assemblymember Rebecca Seawright found out the hard way during her reelection race last year.

Who will all be on my ballot? Can I see what my ballot will look like before Election Day?

Vote NYC from the Board of Elections created a tool where you can see who will be on your ballot. After you search your address, just click “view sample ballot.” The site also tells you where your early and Primary Day voting sites will be. Check it out here.

So how final is the final list of candidates now?

For the most part, the Board of Elections’ primary candidate list (found here) represents the final lineup. And the BOE’s 2021 race ledger — a 1,000-page document that tracks all candidates’ petition submissions and the back-and-forth on the approval process — sets what voters will see on their ballots in the primary.

The exception to this, said longtime election lawyer Sarah Steiner, is when there’s a pending legal battle over the petitioning process. That happens when challengers sue to raise an issue with a competitor’s petition signatures — or when a candidate sues to request that a judge reinstate them on the ballot if the BOE has thrown them off.

“Those court cases can go on until [mid] May,” Steiner said. “But, in general, what you’ve got now is the ballot.”

Many ballot cases have already been resolved, such as the suit brought by mayoral candidate Joycelyn Taylor to force the BOE to put her on the Democratic ticket after she’d been booted because of paperwork snafus. A judge ordered she be reinstated on the ballot in an April 21 decision. On Twitter, Taylor cheered making the list of Democrats as one of “the lucky 13.”

Few legal challenges remain, according to Émilia Decaudin, a Democratic district leader in Queens who has built out a massive spreadsheet tracking all the ins and outs of the ballot selection process.

Weeks ago, Decaudin requested the BOE’s candidates info out of curiosity and as part of her political work. But instead of keeping it all to herself, she realized “there are a lot of people who don’t actually know that this is a thing” — and decided to make the BOE’s opaque data a bit easier to parse. (Kind of how we’re approaching our Civic Newsroom newsletter!)

She has tracked all races in the city encompassing — by her count — 306 candidates, reflecting BOE actions on individual petitions, all pending objections and court cases.

According to her research, only a handful of legal fights remain, mostly in City Council races. For example, in District 16 in The Bronx, multiple decisions are pending regarding three of the five Democratic candidates, court records show.

Do we know the order of the names on the ballot? Does that matter?

Yes, the order of the candidates listed on the ballot has been set and is reflected in the sample ballots you can look up on the Board of Elections site. (Here’s the link to the look-up tool again.)

The BOE set the order by drawing names, assigning numbers to each candidate and pulling balls out of a Bingo-like cage during a two-hour livestream earlier this month. Thrilling, we know. Here’s a picture of the process:

Does ballot order matter? Our reporter Samantha Maldonado looked into that and the experts say that with so many candidates and ranked choice voting in play, ballot order may have an impact on voters — especially in the mayor’s race.

Remember that not everyone who is running for elected office will appear on the primary candidate list from the BOE. Any candidate running independent of one of the four established parties has to go through a separate petitioning process happening now.

Also, a number of Working Families Party candidates should have been on the primary ballots, but were disqualified because of a misunderstanding about electronic notarizing, PoliticsNY reported.

With all these candidates to choose from and a new voting system — ranked choice, remember? — do voters need a strategy to fill out their ballot?

We’ve heard from a lot of readers who, like Sam, have asked a lot of questions about how to be a smart and strategic ranked choice voter.

Here’s the answer: The best part about ranked choice voting is you don’t need to overthink it. We mean it.

Experts told us that’s the whole point of putting in a system like this: to take away the stress of needing to guess who you think has the best chance of winning and make it easier to vote for whom you genuinely like best.

That’s possible because you can rank your favorite candidate first, and if they are not other people’s favorite, then your vote goes to the person you ranked second. So, there’s no risk of losing your vote if you pick a candidate that may be less likely to win, because your vote will then go toward your second or third choice.

Sean Dugar, education campaign program director for Rank the Vote NYC told us a story that helped us make some sense of this from a time when he voted in his hometown of Oakland, where they’ve used ranked choice for a while.

He said: “I once had my pastor run for office. Everyone in the church knew we’d vote for him, but we didn’t necessarily know he’d have a shot at being elected. I was able to vote for him as my first choice and still able to rank the person who I thought had a better chance. I was still able to vote by conscience and also vote for the candidate who in the end ended up winning.”

Dugar offered some straightforward advice: “Ranked choice voting is going with your heart. It’s voting with your values. You no longer need to decide between the lesser of two evils. It really is just voting your heart and your values.”

For more ranked voting questions, we wrote this explainer, too.

Something to vote on before June

For the first time ever, all parents and guardians of children attending a city public school will be able to vote on who will serve on their district’s Community Education Council. These groups help decide school rezonings, hold hearings and pass resolutions that can influence policies in city schools.

Our friends at Chalkbeat explain more about CECs and outline how you can get involved here. Voting is happening now until May 11!

We’re teaming with the New York Immigration Coalition, City Limits and Gotham Gazette Thursday for a mayoral forum where the candidates are slated to answer questions about their immigration platforms. THE CITY’S own Ann Choi will be a panelist. To attend the event, scheduled to begin at 7:30 p.m., sign up here.