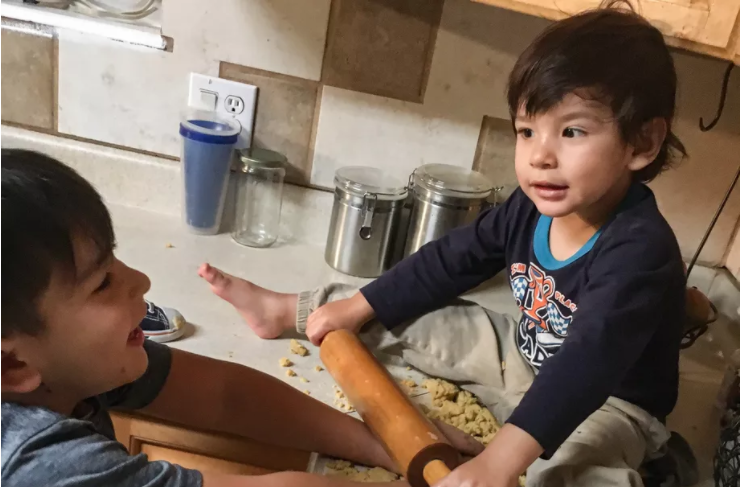 Here’s what the pandemic did to children’s mental health

Over the last year, 5-year-old Guillermo started biting his fingernails. When preschool activities were moved online during the pandemic, he refused to sit in front of the computer. And before his grandmother passed away from lung cancer in August, he sometimes shied away from hugging her because he thought her coughing was because of COVID-19.

“He would not go close because he would say, ‘Abuelita has germs,’” said Guillermo’s mother, Patricia Robles, who lives in Denver.

It was a rough year and Robles knows firsthand that grief and anxiety affected her four children, especially Guillermo and his 8-year-old brother Gael, who has tearful tantrums when he can’t have more TV time.

Nationwide, it’s a familiar story. Experts say mental health problems among children have increased amid the pandemic and can be tricky to solve when parents and teachers are also coping with outsized stress.

“I’ve had to remind people every single day we’re still in a world pandemic,” said Kyle Ohl, an early childhood mental health consultant for the Grand Beginnings early childhood council, based in the western Colorado city of Granby.

Oftentimes, Ohl said, small children act out — whether hitting a friend or hiding under a table for an extended period — because they’re overwhelmed or don’t feel a sense of security.

“What’s interesting is we’ve always had these kids,” she said. “It’s just there’s more of them right now.”

National data bears this out.

A parent survey by the National Institute for Early Education Research at Rutgers University found that since COVID hit, a quarter of 4-year-olds have shown behavior problems such as temper tantrums and disobedience and one-fifth struggled to get along with peers or make friends. During typical times, only about 10% of children have such issues, according to the group’s report.

Ohl realized her own daughter was struggling with pandemic stress when the 6-year-old broke down after her 4-year-old brother came back from getting a COVID test.

“She just lost it,” said Ohl. “She didn’t have the words to say, ‘I’m really worried about my brother.’”

Robles gets it. Before COVID hit and her mother-in-law got sick, the children’s lives had a familiar rhythm. They went to storytime at the library a few times a week, went for daily walks, and did scavenger hunts that Robles created. Plus, their grandma was always up for a game of tag or horsie at the park. Then school was canceled and TV became a babysitter as Robles attended to her mother-in-law’s deteriorating health.

“I saw myself one day worrying about cooking and cleaning and taking care of everybody and doing homework, but … we weren’t connecting,” she said. “We forgot about fun.”

Since then, Robles has made an extra effort to play with her kids and get them outside. She credits the “Conscious Discipline” class she’s taking through Clayton Early Learning, a Denver organization that provides a host of early childhood programs, for helping her work through parenting challenges.

She’s learned that talking about her own daily life helps her kids open up about theirs and that sometimes she needs a timeout in her bedroom when her emotions run hot.

“I cannot help my child if I don’t help myself first,” she said.

Karen Wolf, the early childhood mental health liaison at Clayton, said because children’s lives are so intertwined with their caregivers’ lives, helping adults reduce or manage stress is a key strategy for child mental health.

“That’s oftentimes where you almost get a bigger bang for your buck,” she said.

At Clayton, that help takes lots of forms, including providing families with food, clothing, or diapers so they don’t have to worry about basics.

“Parents can’t be regulated if the basic needs of their family aren’t met,” said Wolf.

Clayton also offers parenting classes like the one Robles is taking or has staff members conduct casual check-ins to see how parents are doing.

Mental health experts say child care providers also need help in their caregiving roles — maybe an acknowledgement about how hard things are or a question about why a toddler’s biting habit triggered them more than usual.

“When we talk about it outside of that situation the teacher can go back in, more aware of how they’re managing their own feelings,” said Heidi Whitney, who manages an early childhood mental health consultation program at the Mental Health Center of Denver.

She said since the pandemic began she’s seen more interest from child care centers in “reflective practice” groups where teachers get together with a facilitator to talk about their struggles and successes at work.

In the Robles household, life has gradually smoothed out for the children in recent months. Guillermo — the routine-lover of the family — is happier now that he’s back in preschool. Gael — a born negotiator — is still getting used to stricter limits on his TV time and sometimes resists doing his reading homework.

But Robles tries not to take it personally.

“They’ll tell me when they don’t agree with something and I don’t treat it as a disrespect. I treat it as we’re having a conversation and this is a little person trying to express themselves.”