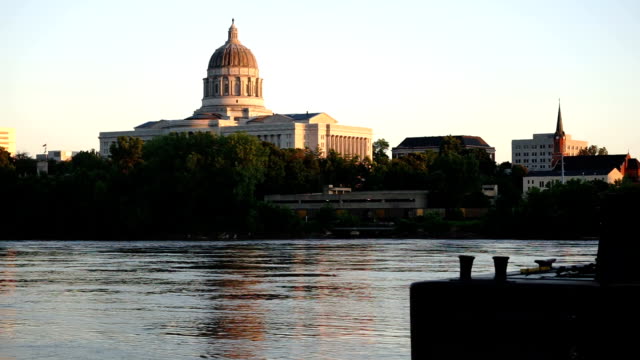 The Missouri House is set to approve a revived 2020 bill that would allow power companies to bill ratepayers up front for the cost of building nuclear power plants.

House Bill 261, sponsored by Rep. John Black, R-Marshfield, was “perfected” Tuesday on the chamber floor in a 100-43 vote and is now ready for adoption by the House and transfer to the Senate.

HB 261 would create The Missouri Nuclear Clean Power Act to encourage development of nuclear power and undo 1976’s Proposition 1, a ballot measure approved by voters that prohibits power companies from making rate-payers subsidize “the costs of construction in progress upon any existing or new facility.”

Proposition 1 was in response to St. Louis-based Ameren’s corporate predecessor assessing customers for costs to build the state’s first – and only – nuclear power plant, the Callaway Nuclear Generating Station near Fulton, that has been operational since 1984.

“This would help move Missouri into the 21st century with regard to energy policy,” Black said. “This would help ensure a viable source of electricity, vital to our homes and businesses in the state of Missouri.”

Without a Senate companion, its progress is uncertain if it is adopted by the House.

Black said the world has changed significantly since 1976 and that nuclear and natural gas power generation is less expensive and more environmentally friendly than using coal — Missouri’s chief power source — to generate electricity.

Diversifying power generation is key to the state’s reliance as demonstrated in February when southwest Missouri natural gas wells froze as demand increased during a deep freeze.

“We only have to review the conditions in the nation to understand the necessity for fuel to sustain our society, specifically nuclear power,” Black said, noting only Missouri and New Hampshire don’t have similar policies.

Under HB 261, costs of Construction Work in Progress (CWIP) could be passed onto retail customers of an electrical corporation in Missouri to finance a nuclear power construction project.

Under the bill, energy plants or generating 200 or more megawatts using renewable resources would be able to charge for construction costs before beginning operation.

In addition, the bill “would likely result in additional costs to review in rate cases, and potentially more frequent rate cases to review” for the state’s Department of Commerce & Insurance’s Public Counsel Office.

HB 261 is endorsed by the Association of Missouri Electric Cooperatives (AMEC) and the Missouri Farm Bureau and opposed by Renew Missouri, the Consumers Council of Missouri and Environment Missouri.

In Feb. 24 testimony before the House Utilities Committee, Environment Missouri State Director Bridget Sanderson said while the world has changed significantly since voters passed Proposition 1 in 1976, “Missouri voters do not want to be saddled with the economic burden of construction on new electrical projects, this includes nuclear power plants.”