Please ensure Javascript is enabled for purposes of website accessibility That’s why I formed a nonbinary group for middle school students. - THE CHICAGO HERALD Press "Enter" to skip to content

Home » That’s why I formed a nonbinary group for middle school students. 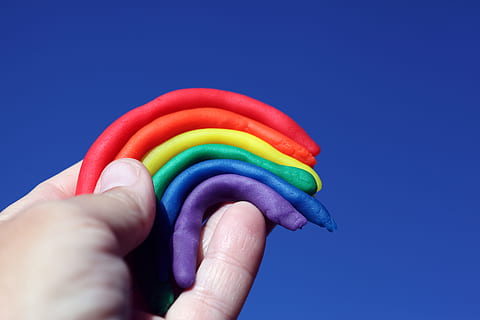 That’s why I formed a nonbinary group for middle school students.

As a young teen struggling with my sexuality, I harbored anger and resentment — often turning it toward myself, and sometimes toward my family or friends. There were few to no supports in place for me to find and connect with peers and mentors within my community. The isolation I felt as an adolescent made my coming out journey difficult and lonely.

Now that I’m a teacher, I am keenly aware of the confusion and frustration that my students feel as they confront gender norms early and often in homes, classrooms, locker rooms, and beyond. At KIPP BOLD Academy, the Newark middle school where I work, my students and I started a nonbinary gender group to foster a safe space for students to explore and understand what it means not to identify as only female or male. I have made it my mission to ensure none of my students feels lost or without community, like I once did.

The gender norms my students come up against are changing, yes, but not fast enough. According to a 2016 survey by the Human Rights Campaign, 75% of students who identify as transgender or nonbinary say they feel unsafe at school. Nearly 65% of them have been verbally harassed in a school setting, and half report being barred from using the names or pronouns that align with their gender identity.

The interventions are fairly simple. Victimization based on gender expression drops almost 40% when a school has a student club or group that addresses the topics of sexual orientation and gender expression, according to the Human Rights Campaign’s foundation. When they feel supported, students feel safer and are less likely to miss school, the survey shows, and bullying and victimization based on gender expressions plummet when cisgender students learn about nonbinary or transgender populations in positive, inclusive ways. These can include reading literature or watching film with accurate representations of LGBTQIA+ populations, learning about historical or modern figures who identify as nonbinary, and holding small group sessions to talk about unconscious biases.

School staff should be trained and encouraged to intervene when they hear negative remarks about gender expression and identity. Increasing representation of the nonbinary community among school staff is also key to a supportive learning environment.

Our monthly nonbinary group, Open Mindz, is currently made up of 13 students in grades 5-8. Our number one priority is building a safe, nonjudgmental space to encourage students to speak as their most authentic selves. Our motto, written by our students and group leaders, guides our work: “Though times get rough and days become confused, don’t give up or live by excuse. Though many may hate or discriminate, remember that strength and power still sits within you.”

During remote learning, isolation and loneliness have made it especially difficult for LGBTQIA+ youth to safely navigate “coming out” or understanding their personal identities with sufficient support from friends, teachers and peers. Groups like Open Mindz help.

Nonbinary, transgender, and intersex people are too often conflated, ignoring the unique experiences and challenges each group faces. By breaking down and discussing the differences, students can better understand and explore their own identification. Pronouns are also a frequent topic of discussion for our group. It was at Open Mindz that many of our members first learned about nonbinary pronouns, such as they and their. We stress how important it is to learn and respect each other’s pronouns and avoid making assumptions about someone’s identification. During every meeting, we aim to learn more about each of our student members and forge stronger connections among them. Our hope is that Open Mindz serves as a model for schools across the country.

But it goes beyond groups like ours. Those who develop curriculum should strive to include LGBTQIA+ authors, narrators, scientists, mathematicians, and historians in their offerings, and school districts should be aware of implicit biases that exist in curriculum today. According to the 2017 National School Climate Survey, only 9% of 8,574 student respondents reported being in classes where LGBTQIA+ topics were taught. And at least seven states across the country have outright banned LGBTQIA+ curriculum from ever entering the classroom.

Schools are uniquely positioned to give students the support they need to find their community and sense of belonging — no matter how they identify or what pronouns they use. And middle school is a time to build self-aware, confident young adults. We shouldn’t leave anyone behind.

This article was originally posted on That’s why I formed a nonbinary group for middle school students.