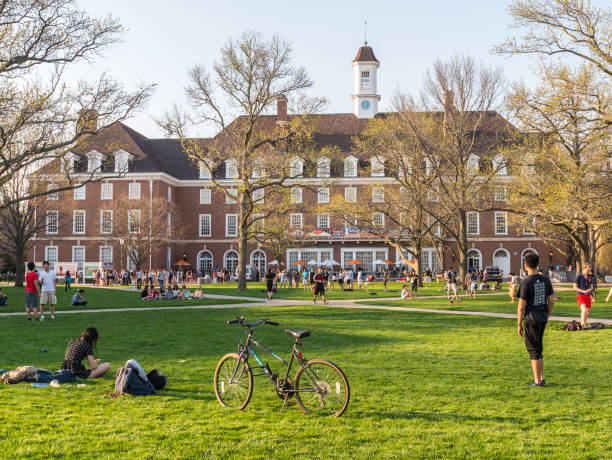 Colleges and universities around Illinois are making plans to have students return to the campus for the fall semester.

The University of Illinois has also announced its plans to restore in-person learning for the majority of classes at its three campuses in Urbana, Springfield and Chicago. Southern Illinois University, Illinois Wesleyan University and Illinois State University have announced similar plans.

“We’re planning to move back to a more traditional setting in the fall, where we have more people living on campus and more in-person activities,” said Eric Jome, director of media relations at ISU.

A paper co-written by a team of U of I business professors shows that rapid bulk-testing for COVID-19 along with other standard mitigation measures such as mask-wearing and social distancing are key to successfully reopening colleges and universities during the pandemic. The paper, published in the journal Nature Scientific Reports, analyzed data from 86 institutions, including the Urbana campus’ SHIELD Illinois testing program.

Duane Bonifer, a spokesman for Monmouth College, said the school will begin the fall semester on Aug. 25. He said a community grant that provided thousands of rapid SHIELD tests has been key to getting back to normal.

“That’s helped a lot and the mitigation testing as much as anything has bought peace of mind,” Bonifer said.

Monmouth resumed intercollegiate competition in spring sports earlier this month and intends to offer a full season of all athletics.

Several public higher education institutions would like the Illinois Department of Public Health to require students to be vaccinated for COVID-19 before attending classes in the fall. During a recent Academic Senate meeting, ISU President Larry Dietz said they made the request to IDPH but haven’t received a response.