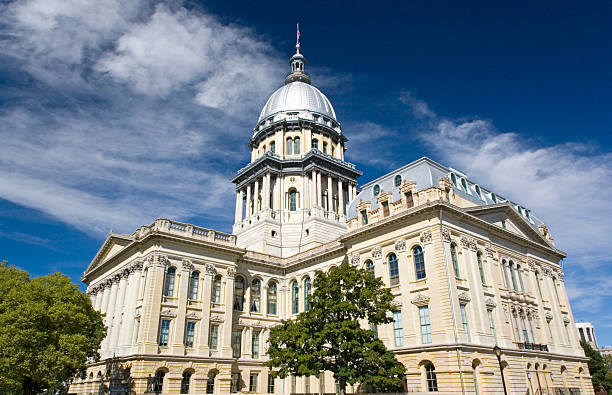 Even with record spending and federal aid, Illinois looks to be on track to spend a fraction of what a report says it should comply with a court order to better serve people with intellectual and developmental disabilities.

In his budget proposal, Gov. J.B. Pritzker’s office plans to devote another $77 million for community service providers, for a total of $1.43 billion. That funding level is closely watched by a court monitor responsible for ensuring Illinois is keeping up its end of a 2011 agreement that ensures disabled persons on a waiting list to get into community care are served at a reasonable pace.

A state-funded report finished last November from Guidestar says Illinois has to spend $330 million more to be fully compliant with the Ligas decree. This, the report said, would go far in reducing the 17,000 people waiting list for community-based services.

Josh Evans, the CEO of the Illinois Association of Rehabilitative Facilities, said he appreciates Pritzker’s want to better fund the providers but the amount is a fraction of what it would take to fully obey the court order.

“There were many of us coming into the introduced budget with limited expectations about the ability of the administration to propose fully funding the rate study,” he said.

Illinois was found out of compliance in 2018 and has kept that status in subsequent years and ranks near the bottom of states for investment in this area compared to total budget size.

The state has yet to spur any enforcement action that would force higher spending akin to other court-ordered expenditures during the two-year budget stalemate between former Gov. Bruce Rauner and the Democratic-led Legislature but Evans said it’s possible.

“The judge doesn’t see it as her role to appropriate dollars or to direct the state to adjust rates specifically or appropriate dollars,” he said. “But, it certainly is within her power to be more on the defendants, the State of Illinois, to do more to come into compliance.”

Should the state decide to fully fund the program, it would tackle the largest problem to shortening the waiting list, which is paying the staff enough to reduce turnover.

Because the minimum wage is going up, the state is under pressure to pay these providers more.

“For the city of Chicago and Cook County, the proposed budget would bring wage rate components to $15 an hour, which is important and significant but that is an area of the state that, by July of next year, where the state would be reimbursing only at minimum wage,” Evans said. “We’re not a minimum wage workforce.”

Evans and others hope the governor will set aside some of the billions of dollars in untethered federal aid the state is expected to get and pay more into the community service program. It would help Pritzker’s budget, he said, since much of the spending is partly reimbursed by Medicaid.

State Sen. Mattie Hunter is sponsoring a resolution asking Pritzker to follow the recommendations in the November report to fully fund the program.