Please ensure Javascript is enabled for purposes of website accessibility In a reversal, Philadelphia teachers are no longer expected to report to schools Monday - THE CHICAGO HERALD Press "Enter" to skip to content

Home » In a reversal, Philadelphia teachers are no longer expected to report to schools Monday 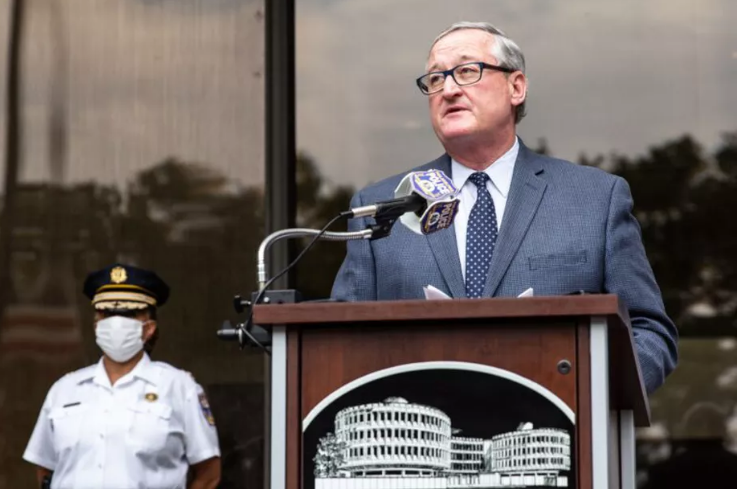 In a reversal, Philadelphia teachers are no longer expected to report to schools Monday

The city is not asking Philadelphia teachers to return to school buildings Monday morning, a last-minute twist in the reopening debate.

A spokeswoman said that about 2,000 staff members who had been expected to go to school buildings to prepare for a Feb. 22 reopening for early-grade students can teach remotely instead, since a mediator hired to review a safety agreement between the district and teachers union won’t have a decision in time.

“The mediation process is still ongoing. Without a final decision from the mediator, teachers won’t be mandated to report tomorrow, but any teacher who chooses to report is welcome to do so,” said a statement from a city spokesperson last night.

“We remain hopeful that this process will ultimately allow both parties to come to a resolution in time for students to return the week of February 22.”

The spokesperson said that Mayor Jim Kenney and Deputy Mayor Rich Lazer have been “directly involved in the ongoing conversations—making contact with both parties to reinforce his desire for a resolution that allows students to return to the classroom on time” in two weeks.

In addition, the spokesperson said, the administration “has been in active discussions about the vaccination plan for teachers and other school staff and we hope to have an announcement on that in the near future.”

Many teachers were expected to defy the district’s order to return to their classrooms after the Philadelphia Federation of Teachers told its members Friday not to report to buildings. Superintendent William Hite had said teachers would face disciplinary action but hadn’t spelled out consequences.

A series of protests planned for Monday is expected to go on as planned, and American Federation of Teachers President Randi Weingarten and elected officials are expected to show their support.

Also last night, 30 elected officials signed a letter to Kenney and Hite saying that “the latest push by the school district to send teacher back into schools has raised deeply troubling questions” both about the results of recent ventilation tests, the lack of a comprehensive plan to vaccinate educators, and overall building conditions.

“Despite our demands for sufficient school funding, government at city, state and federal levels have all failed to provide money to safety and swiftly remediate the lead, asbestos, mold, rodent infestation and other hazardous conditions that our youngest residents have been subjected to for generations,” the letter said.

This article was originally posted on In a reversal, Philadelphia teachers are no longer expected to report to schools Monday