Home » In Praise of Breathing 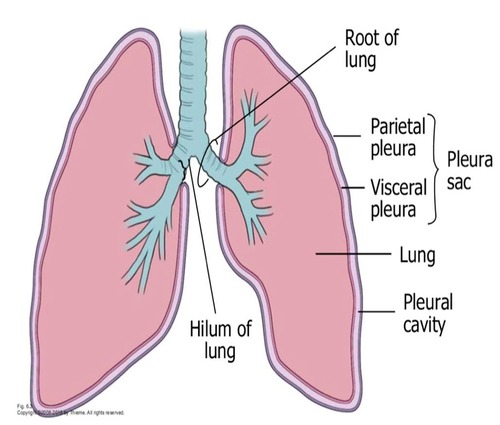 In Praise of Breathing

OF THE COUNTLESS processes in the human body that keep us alive and thriving, nothing has quite the acute necessity of breathing. At rest, we breath about 14 times a minute: About 420 liters of air per hour, 10,080 per day, enter and exit our lungs. Like so much else we do or see every day, we take it for granted — until it stops.

Arriving at the peak of the Covid-19 pandemic’s winter wave, pulmonologist Michael J. Stephen’s first book, “Breath Taking: The Power, Fragility, and Future of Our Extraordinary Lungs,” could not come at a better time. It is a clearly written look at everything related to respiration, from the history of pulmonary medicine to the importance of environmental health.

“Breathing is the most important thing we are aware of doing,” he writes, “and the body regulates it tightly.” The main reason we breathe, of course, is to bathe our cells in oxygen, which our organs need to create energy and thus keeps us alive. Too little oxygen can lead to respiratory failure and possible death. Too much oxygen, however, can also cause cell damage and death.

The body also regulates gas exchange in order to stabilize the pH of our blood. We need to expel carbon dioxide in the right quantity. Too little exhaled, and concentrations rise, making the blood too acidic. Too much lost (as in hyperventilation), and the blood becomes dangerously alkaline. On either side of the ideal pH — between 7.35 and 7.45 — cells break down.

Thousands of years ago, healers recognized the short-term effects of conscious breathing on mood, as well as the longer-term influence on stress-related maladies, all without knowing anything about actual biochemical or neurological processes. Although they spoke of the flow of energy, not changes in biochemical markers, the calming effects of regulated breath had the same positive outcomes.

The release of the neurotransmitter “acetylcholine not only calms our organs, it stimulates the release of serotonin, dopamine, and prolactin,” Stephen writes. These are the feel-good hormones targeted by Prozac and Zoloft. “But yoga and breathing exercises produce this effect naturally and without side effects,” he continues.

As a pulmonologist, Stephen’s area of further specialization is the study and treatment of cystic fibrosis (CF), a genetic disease. CF “brings together the three main themes of this book — the central importance of the lungs, the courage of patients afflicted by devastating illness, and the importance of hard work, intelligent observation, and collaboration in the advancement of medical science.” The two final chapters deal exclusively with the CF story.

CF used to kill most people with the disease before the age of 5, filling their lungs with mucous and damaging many other organ systems. Now, many patients can live as long as 50, though there is still no cure. The most recent successful step in that direction is scientist’s efforts to correct the mutated gene that causes individuals to suffer from CF.

Unsurprisingly, Stephen discusses smoking at length. Lung cancer used to make only a rare appearance in the doctor’s office. After some marketing mavens stepped up promotion of cigarettes in the mid-20th century, millions took up the habit, and the incidence of cancer skyrocketed. It is still a major killer.

The habit is notoriously hard to break, scary anti-smoking campaigns notwithstanding. One reason is that nicotine molecules neatly lock onto the brain region that responds to threats — the ventral tegmental area (VTA) — which cools only when the calming acetylcholine levels rise. Nicotine acts like an imposter chemical, flooding the VTA within 10 seconds of inhalation, tamping down anxiety. “The drug nicotine is an ‘invisible hand’ guiding smokers to a feeling of calm and well-being,” he writes. “Cigarettes manipulate the mind at a deep neurobiological level, taking away not only our health, but our ability to choose. And it all starts with the lungs as a gateway.”

Poverty affects the lungs on many fronts. Tuberculosis, a scourge in the 19th century, abated in the early 20th, thanks partially to the work of Robert Koch, a 19th-century German physician often called the father of bacteriology. Since then, the threat of TB as a major public health issue in the Western world has mostly come and gone, but the disease is recently showing a new uptick, such as in American homeless shelters and Native American reservations. The unusual nature of the bacterium that causes TB and how the human body reacts to it, plus the tendency of some patients to skip medication used to cure it, which contributes to a high incidence of antibiotic resistant strains, tell us that the fight against this familiar disease is far from over, even in highly industrialized countries like the United States. Fortunately, strict public health measures do keep it in check.

The poor are also most likely to be affected by air pollution — both indoor (from cooking fires and insect feces) and outdoor (exhaust from vehicles, and various kinds of agricultural dust). In December 2020, the asthma-related death of a 9-year-old British girl made headlines because it was the first such death officially attributed to urban air pollution, which kills around 7 million people annually. Poor air quality also worsens other chronic diseases, and has been cited as a probable co-factor in Covid-19 infection.

The pandemic was just unfolding as Stephen’s manuscript went to press. Perhaps the second edition of “Breath Taking” will include a new chapter or appendix on the way the virus enters the human respiratory system, where it can destroy the lungs and set off the kind of overblown inflammation that has killed many Covid-19 patients. “The coronavirus story is one unfortunate illustration of how our air is communal, that the world is interconnected as never before, and warnings about potential global health threats need to be taken very seriously,” he writes.

After reading this book, and, of course, living through the historically significant year in which it happened to appear, few people are likely to take their precious breaths for granted again.

This article was originally published on In Praise of Breathing