Home » In the state department charged with child welfare, leadership and staff avoid a paper trail with encrypted messaging. 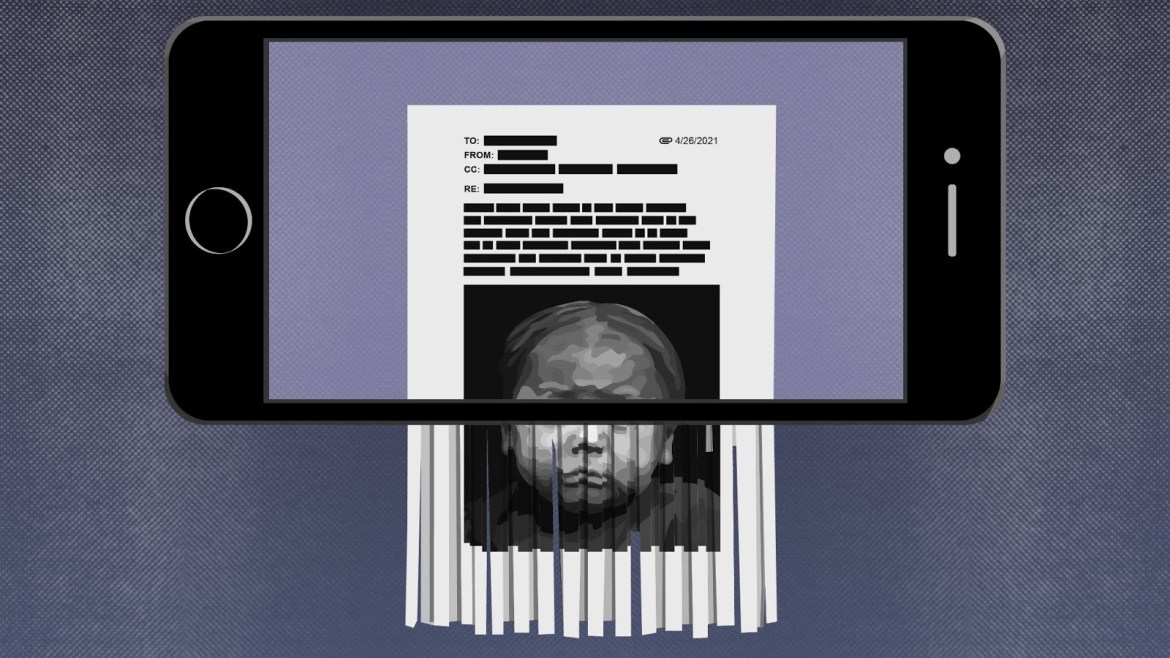 In the state department charged with child welfare, leadership and staff avoid a paper trail with encrypted messaging.

Since last year, the department tasked with overseeing foster care and child welfare in New Mexico has been encrypting and routinely deleting its communications, making much of its work essentially untraceable.

The leadership of the Children, Youth and Families Department (CYFD) has directed staff to use Signal, a secure communication app, and has set chats to automatically delete. In contrast to standard text messages or emails — which could be accessed by attorneys, reporters and members of the public under the state’s open records laws — messages sent via Signal are all but impossible to retrieve. Once deleted, virtually no trace of a Signal conversation remains, even on the company’s server.

Attorneys and child advocates say the practice likely violates state open-records laws and could hamper any investigation into the department, which has been subject to lawsuits and massive criticism for its management of the foster-care system.

Records of employee communications have been central to journalists’ coverage of state agencies, including Searchlight New Mexico’s 2018 investigation of abuse within the foster care system.

“You can’t just encrypt and automatically delete communications between state employees,” said Melanie Majors, executive director of the New Mexico Foundation for Open Government. “That’s no different than putting official documents in the shredder at the end of every day.”

“Improper destruction of public records is a fourth-degree felony,” she added.

In an interview with Searchlight, CYFD Secretary Brian Blalock said the department began using Signal near the outset of the COVID-19 pandemic. The move was part of an agency-wide information technology upgrade, which Blalock said was needed in order to protect confidential records of children in state custody and to facilitate secure, remote communications.

Blalock acknowledged that CYFD routinely deletes communications on Signal, but said that the information was not subject to New Mexico’s Inspection of Public Records Act.

“We destroy records every day because we have to; otherwise, we’d run out of space,” Blalock said, adding that the department also shreds paper communications and deletes conversations on other messaging software used by employees.

“Our lawyers have thoroughly vetted the use of all of our platforms,” he said. “None of our new technology is designed to make anything less transparent.”

Barring personnel records, medical records and several other narrowly defined exceptions, New Mexico law defines public records as those “that are used, created, received, maintained or held by or on behalf of any public body and relate to public business,” regardless of physical form.

Tripp Stelnicki, communications director for Gov. Michelle Lujan Grisham, did not return multiple requests for comment as to whether the governor’s office was aware of the CYFD’s Signal use or whether other agencies also have similar practices.

Blalock, who serves as the administrator for encrypted group chats between employees, has set at least some messages to automatically delete after 24 hours, according to screenshots of Signal messages and app settings shared by multiple sources who spoke on the condition of anonymity. Those screenshots reveal extensive conversations between employees — including Blalock and Deputy Secretary Terry Locke — about issues ranging from problems with private contractors to coordination during the 2021 legislative session.

Those records can include communications between CYFD staff members, attorneys interviewed for this story said. But if records are destroyed, there’s no way to access them or to know whether they might be relevant to a given case.

“By law we’re supposed to have access to all of these records,” said Bette Fleishman, executive director of Pegasus Legal Services for Children, a nonprofit law firm that represents children in CYFD custody.

“Our job and our obligation is to investigate, and do what’s best for the children. In order to keep the children safe, we need to have access to all the information. To have the state routinely deleting any sort of communications is outrageous.”

This article was originally posted on In the state department charged with child welfare, leadership and staff avoid a paper trail with encrypted messaging.