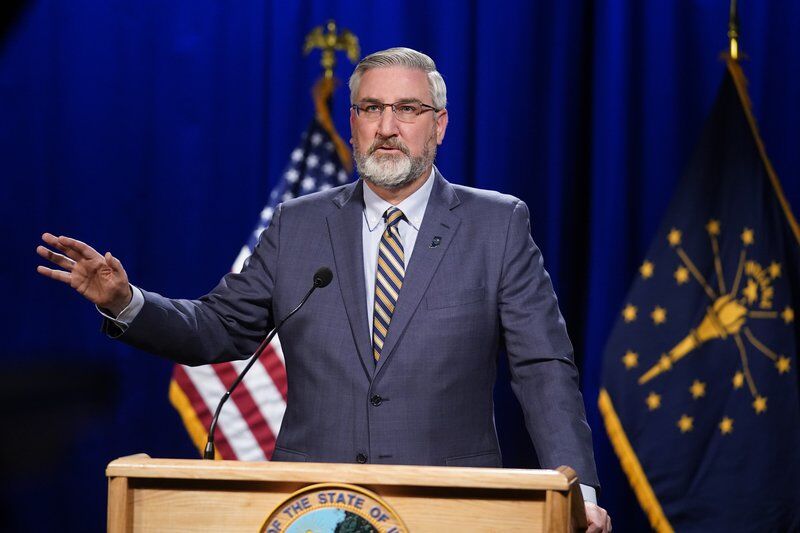 Indiana lawmakers finally agreed on a bill today that cuts into the governor’s ability to be the sole governing authority during an emergency, allowing a “council” of Republican and Democratic leaders of both the House and Senate to meet and call the legislature into an emergency session.

The bill also creates a fund into which all stimulus money from the federal government would be deposited – taking away the governor’s power to unilaterally decide how that money is spent.

The bill’s author, Republican Floor Leader Matt Lehman, R-Berne, said he thinks they’re on “strong ground” with the bill, and insisted the bill is not an “anti-governor” bill.

“This is in response to what none of us predicted was going to be happening at this time,” he said on the House floor Monday.

The bill, HB 1123, prevents federal stimulus money awarded to the state while the Indiana General Assembly is in session or in an emergency session from being spent unless it is appropriated by the assembly or at least reviewed by the budget committee.

The Democratic leader in the Indiana House, Phil GiaQuinta, D-Fort Wayne, rose in opposition to the bill, saying he believes the governor, as chief executive of the state, is the best one to make decisions during an emergency.

“I know the governor one time told me that he would receive some information in the morning and by 3 or 4 in the afternoon, that information had changed,” he told his fellow legislators.

An executive, he said, is the better person to act in an emergency as the legislature is “a deliberate body.”

Rep. John Jacob, R-Indianapolis, one of a handful of conservatives in the Indiana House of Representatives, was also opposed, saying that in reality, the bill does almost nothing to limit the governor’s almost unlimited power to act during an emergency.

Jacob and Rep. Curt Nisly had introduced a resolution in January that would have ended the public health emergency immediately. But Republican leaders refused to consider it, assigning it to a committee and then never scheduling a hearing on it.

Jacob and Nisly both introduced amendments to HB 1123 in February when the bill was first on the House floor.

Jacob also proposed an amendment to stop the state from forcing any business to close during an emergency. It was voted down 85-11.

Nisly had introduced an amendment that would have prevented the governor from renewing an emergency, and another that have defined an executive order as only referring to the governor’s power over the executive branch of government, and not over the private sector and the private lives of citizens of the state. Both were defeated.

In addressing fellow House members Monday, Jacob warned the governor will likely lock down the state again after the legislature adjourns later this spring.

Republican Gov. Eric Holcomb has ended the statewide mask mandate, effective midnight Monday, and ended occupancy limits, leaving it to local governments to do as they please. But he also extended the public health emergency for another 30 days, saying ending it would end his ability to be able to act in response to changing circumstances and would also hurt the state’s ability to accept more federal aid. The Indiana General Assembly has the power, under the state’s Disaster Emergency Law, to end the public health emergency immediately, but has chosen not to do so.

Holcomb has said he will veto any bill he thinks restricts his power under the Indiana Constitution, but Republicans in the General Assembly will be able to override his veto, and are likely to do so.