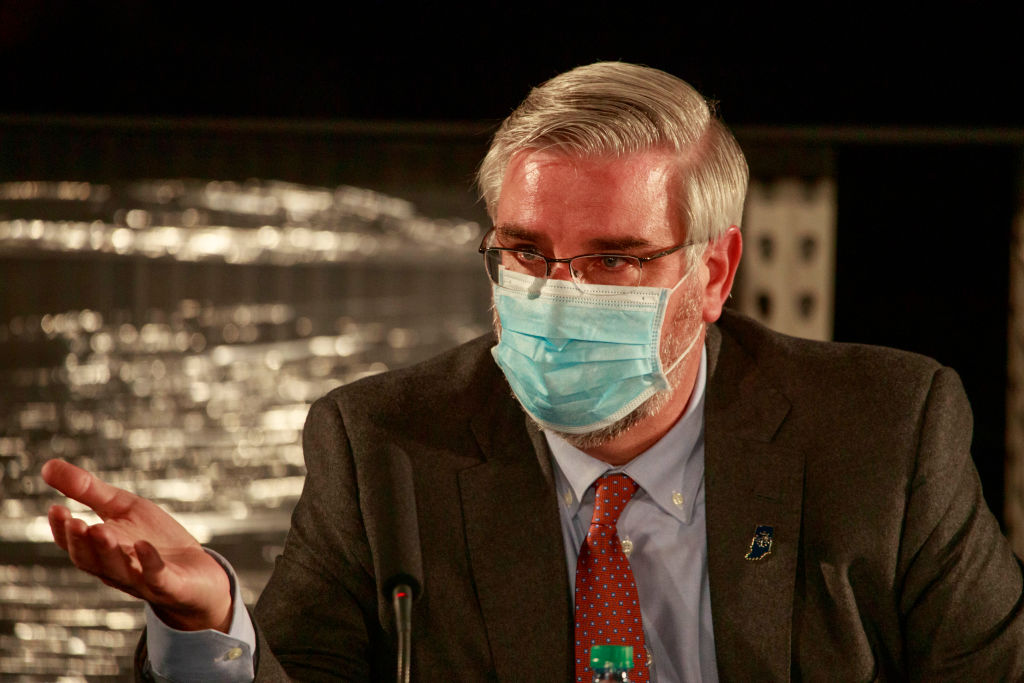 The Indiana General Assembly voted to override Gov. Eric Holcomb’s veto of a bill that gives county commissioners the ability to stop a local health department from closing a local business or church, or imposing some other punishment.

With the override by both the Indiana House and Senate, no longer will a county health officer have total, unchecked power to fine or close a business during a local or state-declared health emergency, or impose occupancy limits. A business owner will now have the ability to file an appeal to the county commission (or a city commission in the case of a municipal health department.). That commission can put a hold on all enforcement action while it is considering the appeal.

“Senate Enrolled Act 5 would have zero effect on those communities experiencing dynamic and fruitful working relationships between these groups,” said Sen. Chris Garten, R-Charlestown, who authored the bill. “However, in these communities that are lacking, this legislation would ensure that the local elected officials who are chosen by the people of a particular community to serve, represent and understand the interests of that community would have a seat at the table.”

Democrats leapt to the defense of Holcomb, a Republican, and argued against overriding the veto.

Sen. Tim Lanane, D-Anderson, said Holcomb has worked with local officials through the COVID-19 pandemic to “do the right thing” and said the Indiana General Assembly “should give credence” to what he’d said in his veto message.

In his letter to the General Assembly announcing the veto, Holcomb had said that local health officers need to be able to “exercise discretionary authority” and need to act quickly.

“It is hard to express the rapidity needed in the early days of the pandemic – particularly on the local level,” he wrote. “One reason Indiana has weathered the storm so well is due to coordination with local health experts and the flexibility in law to be fast, nimble and targeted. Also, the knowledge that local health officials were able to exercise this discretionary authority greatly informed the state’s own day-by-day, sometimes hour-by-hour, emergency response.”

That letter was sent to the Senate President Rodric Bray on May 4.

Bray and House Speaker Todd Huston wasted little time in calling legislators back to Indianapolis to vote to override the governor’s veto.

In his defense of the bill, Garten referred to his experience in combat as a member of the U.S. Marine Corps.

“It’s because of my experience that I would contend that actions and decisions of such magnitude should have a check and balance and that exclusive authority should be under strict scrutiny in these scenarios,” he said, talking of local health department’s actions during an emergency.

Local health orders imposing serious punishments on small businesses, he said, should be subject to the approval of a local legislative body.

“Senate Enrolled Act 5 is not an attack on our local public health officers or are local public health boards,” he said, adding that most have conducted themselves with “unparalleled professionalism” in “holding the line against an invisible enemy.”

“That being said,” he said, “we must be mindful and acknowledge, that when unelected officials are empowered to such a level as to limit religious liberties, shutter houses of worship, choose which businesses may operate, and which must close, and impose fines on Hoosiers for living as free men and women, there must be a structural check and balance in place. Senate Enrolled Act 5 serves as that check and balance…”

SEA 5 creates an appeals process for local business owners, churches and other entities that have received an order from their local health department during a local or state declared emergency.

They have seven days to appeal a local health official’s order to the county commission. The commission then has 15 days to decide whether to hear the appeal and another 15 days to hold the hearing. And the commissioners are able to allow the business to remain open while the appeal is pending, and to put a hold on all other enforcement action.

The override of the governor’s veto passed the Indiana Senate 36-10, with all Democrats siding with the governor.

Several Republican senators spoke in support of small businesses in their districts that had been forced to close by local health departments, while Walmart and other “big box” stores were allowed to stay open.

Sen. Mike Gaskill, R-Pendleton, said his local barber was forced to close, as was another salon in his town.

“Those folks’ income went to zero,” he said. “I can’t tell you how badly we felt for them…I bet no one in the Indiana Senate missed a paycheck…So let’s not talk so cavalierly,” he said.

“No one in government, elected or otherwise, should have power that can’t be checked by some other part of government,” he added. “This is simple, basics, going back to the founding of our country. This is a simple check and balance.”

In a response to the override of his veto, Holcomb said in a written statement distributed to the media: “I would have hoped that such sweeping change could wait until we gathered all the relevant experts and stakeholders to strike the right balance regarding local health authority during emergencies and avoid discouraging laudable service in the field of public health, especially knowing that it’s locally elected officials who appoint the local department of health board that hires the local health director in the first place. My administration will do just that over the coming months to supply the legislature with up-to-date data before the next regular session.”