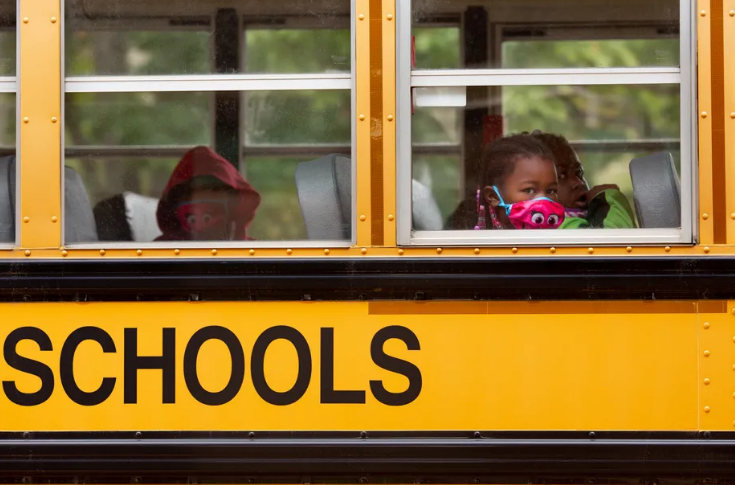 By Aaricka Washington .Chalkbeat on May 3, 2021

With little opposition, the Indianapolis Public Schools board on a 6-1 vote Thursday night approved cutting school bus service for about 600 high schoolers.

The district also will eliminate busing for 2,000 other students who live within 1 to 1.5 miles, depending on their grade level, of their schools.

Board members acknowledged families’ safety concerns about the lack of lighting or sidewalks along walking routes or to get to public bus stops, but administrators reiterated that the financially struggling district needed to cut transportation by about $5 million.

Only board member Taria Slack opposed the decision, saying that as a parent, she could not support the cuts because she felt some students would not have safe routes to school in some areas.

For students “safety is our No. 1 concern,” Slack said. “The accessibility, the sidewalks, infrastructure, and the actual ability to get on the bus is not equal.”

Board member Diane Arnold, who was hesitant in previous discussions to make the cuts due to parent concerns, said she now supported the decision after hearing how the district responded.

“The thing I’m pleased with is that when I raised issues that were brought to my attention about the pilot about walking conditions for streets, those situations were always looked at and rectified,” Arnold said.

She also said that having more students on foot might encourage communities to look out for students walking to school or to IndyGo bus stops.

Board President Evan Hawkins said the district should let families know in coming months where their students should go, and how to get information on getting to school.

Only a handful of people submitted public comments about transportation.

Shortridge High Assistant Principal Jacob Pactor noted that in a survey of families, 235 said they felt their children would be safe riding IndyGo, while 189 said they would not feel safe, citing timing, unfamiliarity, and a lack of routes.

Shortridge senior El’ad Nichols-Kaufman said he has found riding IndyGo beneficial, while participating in a pilot program for 2½  years. He said the bus is convenient for him and has given him freedom.

The district collected opinions from families online and at meetings, attended by about 400 people.

Even after scaling back busing, the district likely faces more cuts to transportation and other areas, partly because of dwindling enrollment and a budget deficit. Officials have calculated that the district has been spending up to twice as much per student on transportation than other similar urban districts.