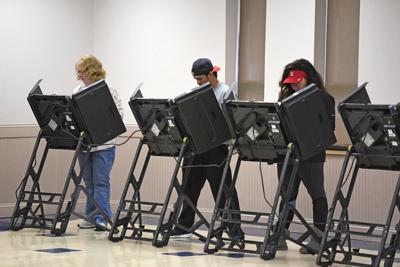 The Iowa Senate on March 29 unanimously passed SJR 9, which would update the Iowa Constitution to reflect the 26th Amendment to the U.S. Constitution, which in 1971 lowered the voting age from 21 to 18.

However, Iowa never updated its own constitution (Article II, Sec. 1) to grant the right to vote to 18-year-old registered residents. Currently, voters need to be at least 17 for primary elections, provided they would be 18 by the corresponding general election – under Iowa Code.

Updating the constitution carries an estimated cost of $14,400, due to requirements for publishing announcements in newspapers statewide, according to a fiscal note on the resolution.

Upon passage, the amendment would need to be published in two newspapers “of general circulation” per Iowa congressional district, once a month for three months before the next General Assembly begins, the note said.

“Upon passage of the same amendment by the succeeding General Assembly, Iowa Code section 49A.2 requires the amendment to be published in newspapers in all 99 counties once each month for three consecutive months immediately preceding the general election,” the note said.

In the fiscal note, the projected average cost of publishing a proposed constitutional amendment per newspaper would be $600.

Any school that by April 16 registers at least 90% of eligible students to vote receives the Carrie Chapman Catt Award, according to a news release from the Secretary of State’s office.

Another constitutional amendment on voting, which would enable Iowans with felony convictions who have had their sentences discharged to regain voting rights, is now in the Senate. The House unanimously passed it as House Joint Resolution 11 on March 24.

The same newspaper publication and legislative requirements would apply, according to the resolution’s fiscal note.