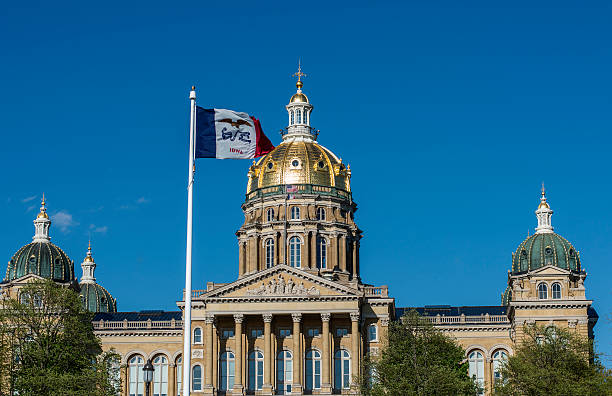 “While only estimates at this point, the bill specifically provides for the receipt of about $368.1 million in block grant for the fiscal year ’22 and for the fiscal year ’23,” Kraayenbrink said. “The bill also specifies how the funds will be allocated should the federal funds received be less or more than originally anticipated amount and it allows for the receipt and expenditure of categorical grants to various state departments.”

The bill has two divisions. One provides appropriations for the two upcoming federal fiscal years (October 2021-September 2022 and October 2022-September 2023).

Appropriations per fiscal year include 156.8 million to the Department of Transportation and $26 million to the Economic Development Authority for community development. They also include an annual allotment to the Department of Human Rights’ Division of Community Action agencies of $8 million for programs benefiting low-income persons and $54.6 million for low-income home energy assistance.

There are also appropriations of less than $2 million each per year for preventative health and health services, the Stop Violence Against Women grant program, the residential substance abuse treatment for state prisoners grant program, and the Edward Byrne memorial justice assistance grant program.

As written in the bill, if federal funding is less than the anticipated appropriations, the governor would prorate the moneys that are received for the programs. The sole exceptions would be the grants for rape prevention education and services to victims of sex offenses. Block grants for those would be available according to the percentages the bill specifies.

“However, if the governor determines that the moneys allocated by the percentages will not be sufficient to accomplish the purposes of a particular program, or if the appropriation is not allocated by percentage, the governor may allocate the moneys in a manner which will accomplish to the greatest extent possible the purposes of the various programs for which the block grants are available,” the bill states.

Before doing so, Gov. Kim Reynolds would need to notify Senate and House leadership of proposed allocations and rationale, and they would have at least two weeks to review it.

If federal moneys are awarded while the General Assembly is not in session and need to be used before March 15 of the fiscal years, the moneys would be appropriated “to the extent necessary” as long as the fiscal committee of the legislative council receives notice within 30 days of the receipt of the money and has the opportunity to comment on the expenditure.

The second section of the bill relays appropriations in community development block grants under the Additional Supplemental Appropriations for Disaster Relief Act to the Iowa Economic Development Authority for the past two federal fiscal years ($96.7 million for October 2018-September 2019 and $24.2 million for October 2019-September 2020). The authority is supposed to use the retroactive payments to assist Iowa communities in recovery from major disasters and from the COVID-19 pandemic.

Iowa Department of Human Services Legislative Liaison Carrie Malone said in the subcommittee meeting, also held April 27, that the department is requesting more flexibility in the community mental health section regarding the use of money so that they can have a targeted approach in working with additional providers who may need it.

As of April 27, Iowa Association of Community Providers and Grow Clinton County are the only organizations lobbying in favor of the bill while many other organizations have indicated they are “undecided” on the bill