Please ensure Javascript is enabled for purposes of website accessibility Is Colorado’s school accountability system working? Lawmakers call for an audit to find out - THE CHICAGO HERALD Press "Enter" to skip to content

Home » Is Colorado’s school accountability system working? Lawmakers call for an audit to find out 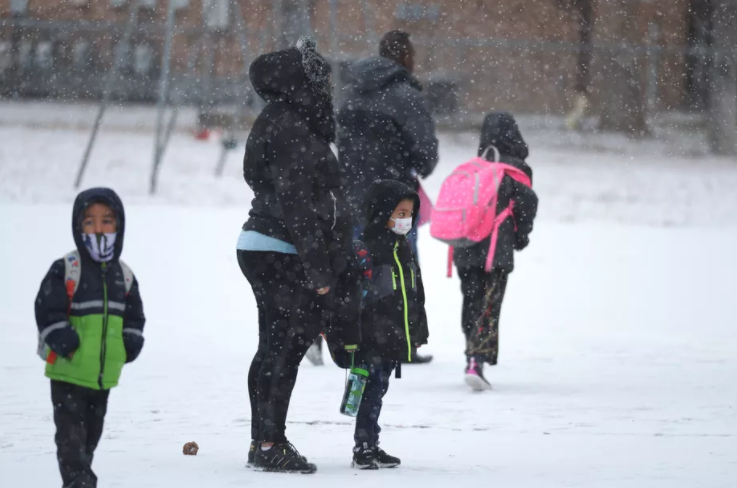 Is Colorado’s school accountability system working? Lawmakers call for an audit to find out

Colorado lawmakers, school districts, and community groups are pushing for the state to audit the school accountability system adopted more than a decade ago.

A bill expected to be introduced this session would call for an independent third-party to conduct an extensive study of the accountability system and report on whether it’s achieving its stated goals of improving student performance.

State Rep. Shannon Bird, a Westminster Democrat and co-sponsor of the measure, said the audit represents an opportunity to test whether the accountability system has improved education, as proponents intended.

“I hope we create a shared body of understanding, that a third party can give us something that is truly fact-based about this system,” Bird said. “A lot of energy goes into opinion and anecdote on all sides. If there are changes to be made, we can stop fighting over things that don’t need to be changed and make good policy.”

The bill has a long list of likely sponsors, reflecting a shift from just a few years ago, when the House Education Committee unanimously rejected a bill that would have put the entire educational system under the purview of the state auditor.

Representatives of groups that support test-based accountability say they are open to reviewing the system and making changes, but they want to ensure the right questions get asked and that the audit is focused.

“Our organization always welcomes a periodic review of any education policy or program,” said Jen Walmer, head of the Colorado chapter of Democrats for Education Reform. “Our hope is that the audit would lead to an accurate report that leads to a roadmap of how the accountability system can improve.”

Created in 2009, Colorado’s current school accountability system measures districts and schools based on standardized testing results, as well as graduation, dropout, and college enrollment rates for high schools. Schools in the two lowest-performing tiers — known as priority improvement and turnaround — go on a state watch list.

Those schools have access to technical support from the state education department and grant programs for training and other school improvement efforts, but they also face more scrutiny.

Schools that don’t improve for five years straight go before the State Board of Education for a hearing to determine their fate. The State Board has the authority to close schools or convert them to charter schools, as well as strip districts of their accreditation. In practice, the State Board mostly has approved improvement plans authored by the districts themselves.

After eight years of persistently low test scores, the Adams 14 district based in the working class Denver suburb of Commerce City was ordered to turn control of day-to-day operations over to an external manager.

Laura Martinez, the parent of three elementary students in the Adams 14 district and a leader with Coloradans for the Common Good, a coalition of faith and community groups that supports the audit, said the imposition of an external manager felt like a punishment.

Martinez, who served briefly on the Adams 14 school board, said it’s frustrating to see a for-profit company have the final say in many school decisions, though she favors some of the recommendations. As a board member, she raised concerns about ending a biliteracy program that had been popular with parents. There’s been tension in the district between helping students become fully bilingual, a process that takes years, and preparing them to do well on tests in English. Those debates have led to frequent changes in bilingual programming.

And as a parent, she wants her children to have longer lunch and recess periods.

“You can’t have an elementary school student focused on testing when they don’t have time to release that energy,” she said. “That’s not something you should have to fight for.”

“What are we measuring with the tests?” Gonzales-Gutierrez asked. “Are they taking into consideration language, the history of oppression in the school system?

Eventually the school’s contract with Denver Public Schools wasn’t renewed, forcing it to close. The schools her children attend now don’t require students to do as many projects or offer as much art, music, or language instruction.

“Accountability is important,” Gonzales-Gutierrez said. “We also have to look at the whole child.”

Don Haddad, superintendent of the St. Vrain Valley School District, said the current system creates bad incentives. A district with more lenient graduation requirements might come out ahead of one that requires rigorous coursework and invests in modern career and technical education.

“We live in the 21st century, and when we look at a global environment that is technologically driven and all the things our children need to be successful in aerospace and health, we are creating very narrow pathways,” he said. “What they portray to the public is that your child’s success is related to how they do on a single test.”

Haddad supports an audit because district leaders get treated like they’re trying to avoid accountability when they push for changes, he said.

Constance A. Lindsay, an assistant professor of education leadership at University of North Carolina Chapel Hill’s School of Education, has worked on developing measures of school quality that go beyond test scores. Nearly everyone agrees that school culture, curriculum, teacher experience, and other factors are critical to student success, but they’re more difficult to measure consistently across schools and districts.

“You get simple models that reinforce what you already know,” she said. “You find yourself in a place where test scores are the easiest thing to find and normalize across schools.”

In such a system, schools that serve well-off students generally appear better than those that serve students in poverty. Colorado’s system includes a measure of how much academic progress students are making. This measure is less linked to poverty, and many experts consider it a better measure of school performance than straight test scores.

Nicholas Martinez, co-founder of the advocacy group Transform Education Now, agrees that test scores aren’t the sole measure of school quality, but he said they help reveal how well schools are serving students.

“We’re going to continue to debate the accountability system, so we do need information,” Walmer said, adding that she hopes the audit is “done by someone impartial with the right questions being asked to yield results that are truly helpful.”

This article was originally posted on Is Colorado’s school accountability system working? Lawmakers call for an audit to find out