Please ensure Javascript is enabled for purposes of website accessibility Is 'leading' Qatar Airways Cargo really leading the way in sustainability? - THE CHICAGO HERALD Press "Enter" to skip to content 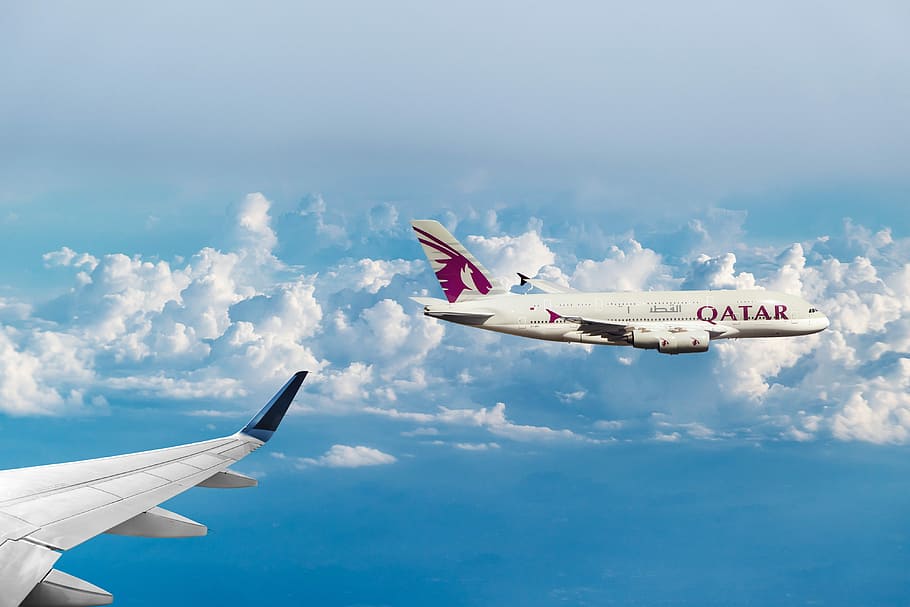 A commitment to fly wild animals back to their natural habitat free of charge is a generous offer, a nice-to-have, a tool in the sustainability programme.

Qatar Airways Cargo has launched such an initiative as the second part of its multi-chaptered WeQare programme, part of its “commitment to preserving wildlife and endangered animals”.

Chief cargo officer Guillaume Halleux, who says working on the WeQare programme is the “most refreshing” part of his day, admits it is not a large market, but a worthy one.

Last year, Qatar Airways Cargo moved Eric, an endangered black rhino, from San Diego Zoo to Entebbe; and it fights wildlife trafficking (it has a dog in Johannesburg Airport, which sniffs out wildlife shipments).

It also – like a majority of carriers – will not transport animals for testing, a market deemed to be too much of a hot potato, coming as it does with much noise from anti animal-testing groups. (However, the airlines never seem to notice the irony of their loud announcements on moving pharmaceuticals – including Covid vaccines – that have, in fact, been tested on the animals they refuse to move. The animals are instead transported long, uncomfortable distances by ship and truck. But that’s a story for another time, and Qatar is certainly not alone there.)

It’s latest focus is a good one.

“The [preserving wildlife] market may not be a big one, although we have seen our live animal product grow by 78% in the past year. And we are a very large carrier, and so the costs for us are not too great. We also get marketing.”

Chapter Two of WeQare follows last year’s impressive initiative, in which the carrier offered one million kg-worth of free shipments of humanitarian aid and medical equipment to charities, a process that took six months and was well received.

“We helped a number of charities, and it was good marketing, part of the game,” says Mr Halleux. “It’s good to do good. And we’ve now created Chapter 2 – there will be quite a few chapters.”

The programme was conceived pre-Covid, but the pandemic, in part, delayed the launch.

“It’s been fun planning and executing WeQare. We had to postpone it and change it, but working on it makes for my most refreshing moments of the day.”

The plan, like many, is based on the core pillars of sustainability: environment, society, economy and culture.

But while airlines are perfectly placed to move worthy things for free, it is hard to ignore the elephant in the room: aviation emitted 1.04bn tonnes of CO2 in 2018, about 2.5% of total emissions, although non-C02 climate impacts mean air transport accounts for 3.5% of global warming. That will have some effect on the wildlife Qatar is seeking to preserve.

No one can deny that re-wilding the planet is a good thing – but is it just tinkering around the edges?

“As the world’s leading cargo carrier, we strongly believe in giving back to the community and protecting our environment,” the airline said in a statement marketing its WeQare programme.

Qatar Airways is one of the few major carriers not to have tested sustainable aviation fuel. As a carrier that likes to remind us often that it is a “leading carrier” – shouldn’t it be leading on climate change, as well as other sustainability initiatives? To lead, surely, comes with responsibilities.

Mr Halleux doesn’t disagree, but explains: “Why haven’t we done sustainable aviation fuel (SAF) flights? The number-one reason is that we’ve been focused on growing the business. It sounds like an easy excuse, but we go at a real speed, running and growing.

“The second reason is that there isn’t enough of it. There are very strong ambitions with SAF, but at the moment it’s not available at all gateways, that’s the problem now.”

He points to various examples of airlines pushing press releases about one sustainably fuelled flight, and adds: “We could brag, do the alpha male thing. We could do marketing, window-dressing; do our first carbon-free flight. But what will that actually do?”

And he acknowledges that the SAF market is tricky and complex to deal with; it is difficult to obtain and requires steady investment, as KLM has discovered.

But it is do-able: AF-KLM Cargo launched an initiative which allows customers to invest in SAF, helping production to ramp up. KLM is building a SAF-dedicated plant to produce its own production site, scheduled to open in 2023. The programme does reveal the commitment, complexity and cost of any move towards SAF – and it seems likely that Qatar, as a ‘leading airline’, will at some point need to make a similar commitment.

It is perhaps churlish, however, to focus on what Qatar isn’t doing, rather than on what it is doing. And, it must be noted that it is unlikely to be the cargo department which leads a complex change in fuel type.

Mr Halleux is, instead, focusing on the things he can change, and it will be interesting to see what the next sustainable ‘chapters’ reveal. He appears to be a keen supporter of staff wellbeing and care – much of the WeQare initiative is designed to boost staff morale.

“Never underestimate the impact these things have on staff, it’s a huge motivational driver. We are doing something good.”

And he ends the interview with a request – a plea to thank the cargo staff around the world who have worked so hard in the past year.