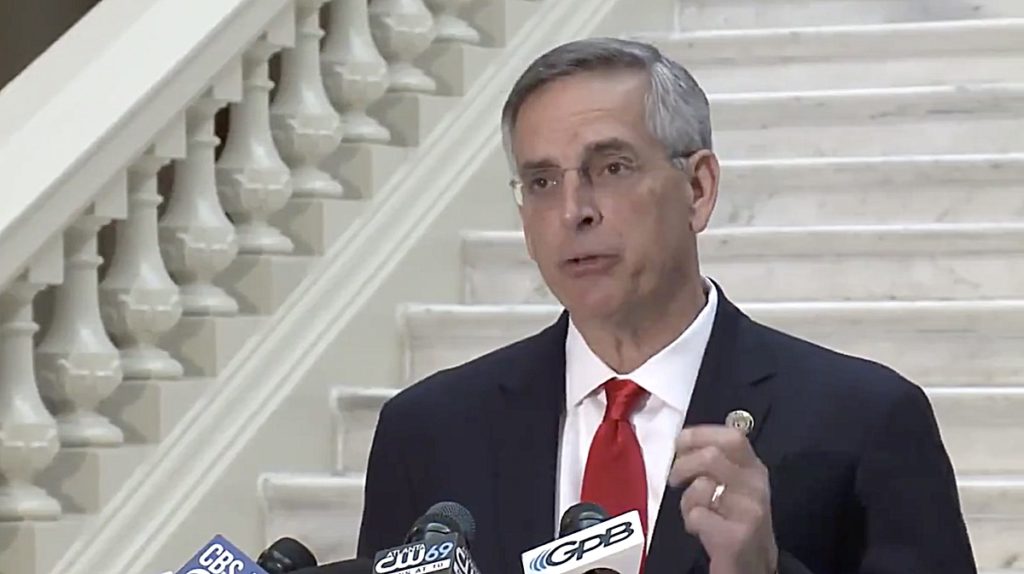 Public debate over Georgia’s new election reform law has continued for nearly a month, but the discussion has not centered on parts of the 98-page bill that took authority away from election officials and gave more power to state government.

Some also argue that the provisions limit the power of Georgia voters. The secretary of state is an elected official. About 30 of the 159 county election superintendents are elected probate judges serving in the positions, according to the Association County Commissioners of Georgia (ACCG).

“I’ve never been a real believer and supporter of unelected boards and commissions because, at the end of the day, you end up with a lot of finger-pointing and no accountability of who’s actually making the decision, particularly if the decision doesn’t work out too well,” Georgia Secretary of State Brad Raffensperger said. “You’re now putting an incredible amount of power on the State Election Board, far more than it had before, with now an unelected board chairman. It is unaccountable to no one other than the General Assembly.

“So if a voter is not happy with the decisions that are made, who do they hold accountable? Do they call all 180 state representatives. Do they call all 56 state senators?” Raffensperger said.

Republicans rallied for legislative changes to the state’s voting laws after the November presidential election. The close race resulted in three recounts and a handful of lawsuits. Former President Donald Trump lost Georgia, a historically Republican state, to President Joe Biden by more than 12,000 votes. Trump and his supporters blamed voter fraud and insecurities in the state’s election for his loss. Lawmakers held public hearings triggered by the claims. Even Raffensperger pushed for changes to the absentee ballot process.

University of Georgia Political Science Professor Charles Bullock believes Section 5 was put forth by Republicans to “lash back” at Raffensperger for not intervening in the election.

Republicans quickly called for Raffensperger to step down after the fraud claims started. House Speaker David Ralston had said he would push for an amendment to the Georgia Constitution to allow the General Assembly to elect the secretary of state instead of Georgia voters. He never followed through with the effort, but he launched a special committee on election integrity. The committee drafted the voting reform bill, dubbed the Election Integrity Act of 2021.

Raffensperger, like his predecessors, has been blamed for election problems, but the secretary of state has no authority to make changes in the counties where problems occur. Although Raffensperger oversees state operations, counties have authority in their districts.

While the counties make decisions about how elections are managed, Raffensperger can offer recommendations. After pressure from Raffensperger, Floyd County’s Board of Elections fired its executive director after hundreds of uncounted ballots were uncovered in November. Representatives from his office said Raffensperger developed staffing equipment plans for every precinct and compiled comparative data to help counties access their performance and procedures during the November election.

The new law follows Georgia’s education system model, which gives the state authority to take control of chronically failing schools. No more than four county or municipal superintendents can be suspended at the same time under the law.

Edwards said the election superintendent replacement ultimately still would have “direction over elections, following strict guidelines and processes, applicable to all, spelled out in state law and State Election Board rules.”

Nonetheless, Bullock said if the State Election Board had the ability to replace election officials in November, the election results would have been the same.

Because of the Georgia Legislature’s Republican majority, Bullock believes the board’s new chairperson most likely would end up being a Republican, just like Raffensperger, keeping the board’s bipartisan makeup the same.

“It was better to have at least the head of the board be someone who could be replaced by the voters, as secretary of state could be,” Bullock said. “Where now it’s indirect control over that person by the electorate, and pretty, pretty indirect.”