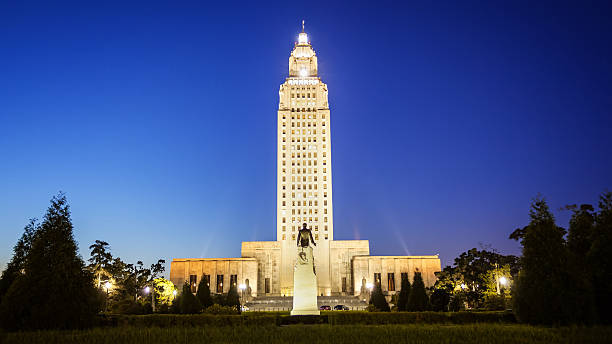 The Louisiana House overwhelmingly approved and sent to the Senate several bills Thursday calling for $42 billion in total spending, including the $36.4 billion state operating budget.

Geymann proposed amending the budget bill to state that if the Revenue Estimating Conference increases its projection of how much money state government can expect to collect, as expected, 75% of the new revenue be spent on only one-time expenses, such as construction projects, coastal restoration, adding to state savings and paying down debt.

The goal, he said, was to avoid creating additional recurring spending that would have to be repeated or cut in future budget years. The amendment failed, 34-61.

House Bill 1, the general operations budget, boosts spending on higher education by $56 million, corrections by $36 million and state-backed scholarships by $23 million, Zeringue said. It calls for $800 annual raises for teachers and a $400 pay bump for school support staff.

House Bill 516, which makes supplemental appropriations for the current fiscal year, includes calls for spending $44 million to pay down state retirement debt, $52 million for disaster expenses, $45 million for debt related to a flood protection system, $38 million for legal judgments against the state, $33 million for agency expenses and $25 million in local projects. House Bill 515, known as the “funds bill,” includes the dedication of about $90 million in surplus dollars to the Budget Stabilization, or “rainy day,” fund.

The judicial funding bill also seeks to add new accountability and transparency measures. It calls for development of a uniform budget template for each court and calls for courts to hold at least one public meeting about their budget requests.

Once the Senate receives and approves the spending bills, any differences with the House versions will need to be resolved. If history is any guide, the state budget will not be approved and sent to the governor’s desk until the final moments of the session, which must end by 6 p.m. June 10.

This article was originally posted on Louisiana House approves $36.4B state budget