Please ensure Javascript is enabled for purposes of website accessibility Louisiana lawmakers in House, Senate go in opposite directions on auto insurance bills - THE CHICAGO HERALD Press "Enter" to skip to content 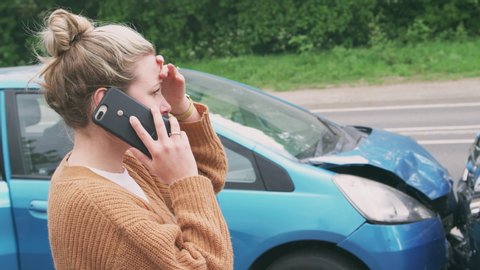 Louisiana lawmakers in House, Senate go in opposite directions on auto insurance bills

Committees on opposite sides of the Louisiana state Capitol went in different directions Wednesday on bills meant to prevent auto insurance companies from setting rates based on factors other than the customer’s driving record.

The Senate Insurance Committee declined to advance Senate Bill 55 by Alexandria Democrat Jay Luneau with a 4-4 vote. The bill would have banned automobile insurers from using three factors when setting rates: the insured person’s status as a widow or widower, their credit score and their gender if over age 25.

Luneau described all three factors as unfair discrimination, arguing that driving habits should be used to set rates. He cited research by The Zebra, which calls itself “the nation’s leading insurance comparison site,” that indicates women in Louisiana pay more for car insurance even though women, on average, are safer drivers, according to some measures. Several states already ban using gender when setting rates, according to The Zebra and Wednesday’s testimony.

Luneau also argued using credit scores penalizes poor people who might be good drivers, potentially causing them to drive without insurance, which is bad for them, other drivers and the state as a whole.

Auto insurance rates in Louisiana are among the highest in the country.

“This will not lower the [average] rates in Louisiana one penny,” Commissioner of Insurance Jim Donelon said of Luneau’s bill.

Instead, it would lower rates for some drivers and raise rates for others, Donelon said.

Several Republican lawmakers said Wednesday they didn’t want to restrict competition by putting government mandates on private companies, reasoning that consumers always can choose another carrier. Supporters, who are more likely to be Democrats, pointed out that government forces drivers to buy car insurance, so it’s hardly a “free” market, so government has a responsibility to protect consumers.

Rep. Sherman Mack, R-Albany, however, seemed incredulous that someone’s credit score could influence their auto insurance rates, even if they’ve never had an accident. Mack backed Jordan’s bill, helping it to advance on a 7-6 vote.

This article was originally posted on Louisiana lawmakers in House, Senate go in opposite directions on auto insurance bills