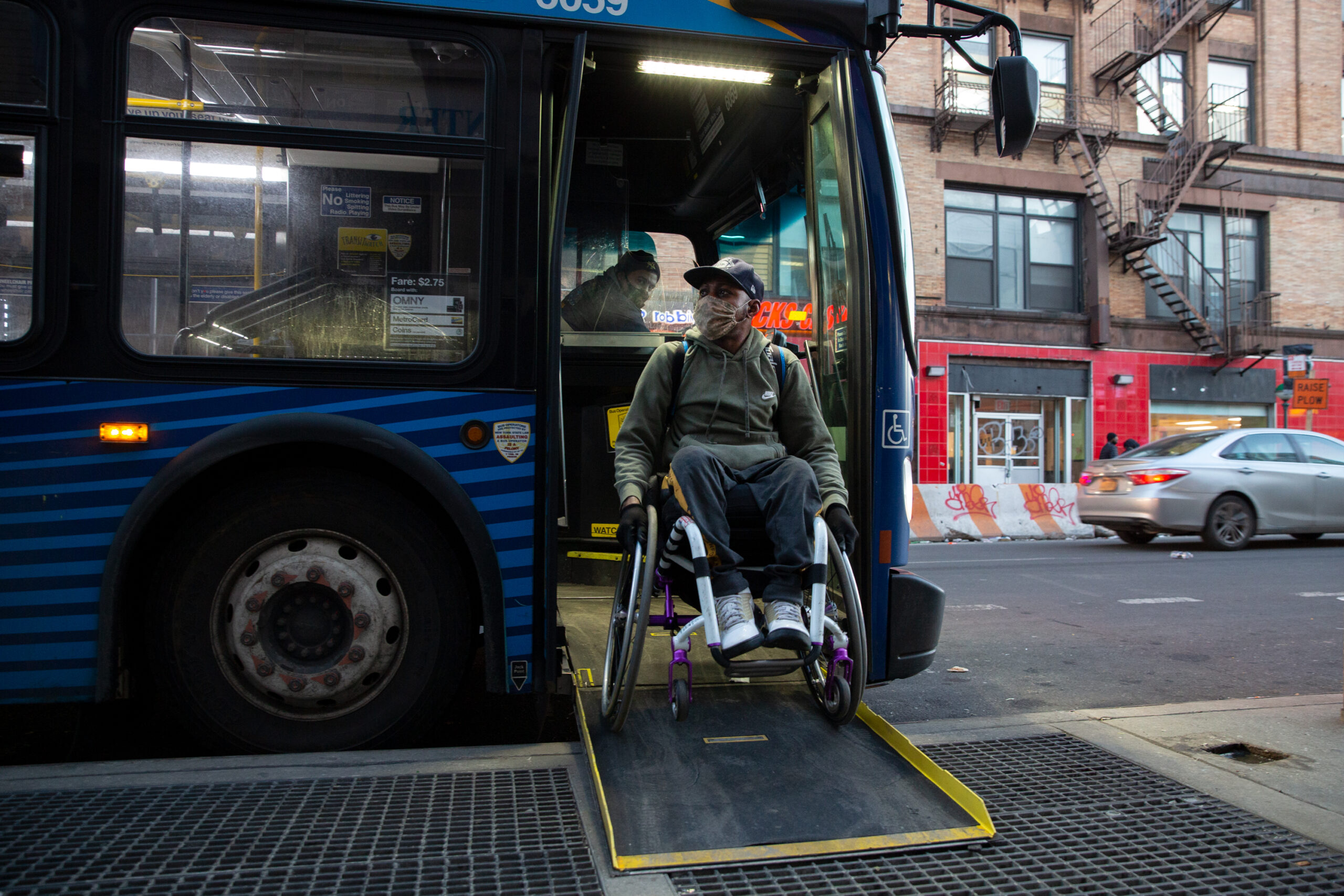 Saheed Adebayo Aare’s hell-on-wheels commute between a Wards Island shelter and his job at an Amazon warehouse in New Jersey will soon be a thing of the past.

He’s swapped the inconveniently located Clarke Thomas Men’s Shelter for a Manhattan hotel for the homeless — and the online retail giant has given him a full-time position in the city.

Amazon offered Aare a new job at one of its Bronx warehouses after management read in THE CITY last month that he spent up to 40 hours weekly commuting to and from a seasonal job in Carteret, N.J., where he worked a four-hour night shift six times a week.

“Our HR [human resources] team has offered him a full-time role at one of our operations facilities closer to his housing in New York City,” said Jenna Hilzenrath, an Amazon spokesperson. “We are making every effort to accommodate and support him, and hope he’ll continue to grow his career with us.”

But Aare’s journey to leaving the men’s shelter where he had been staying for months was not an easy one — the latest in a series of hurdles he’s faced in New York after fleeing a life in Nigeria that had been marked by physical abuse and gang threats.

The city Department of Homeless Services initially transferred Aare on Wednesday morning to a hotel near Penn Station, where he said staff incorrectly told him he could not stay because the elevator was not working.

He was then transferred to another facility in Brooklyn that could not accommodate his wheelchair. He didn’t stay.

Then, when he arrived back at the Ward’s Island shelter, his bed was no longer available.

The rigmarole came on a day after Aare had worked from 8:15 p.m. to 12:15 a.m. in New Jersey and caught a paratransit ride from Penn Station back to the shelter. With little sleep, he was unable to go to back work on Wednesday night.

“I was so frustrated,” he said. “I was so tired and could not go to work because of the stress.”

Sasha Blair-Goldensohn, who got to know Aare through a Queens tennis league for athletes in wheelchairs, was able to connect his friend to other disability-rights advocates. They were able to help get him placed back in the Manhattan hotel where he had originally been transferred.

“He’s a very sympathetic guy,” Blair-Goldensohn said. “He’s smart, you want to help [him] and you can’t stand that the system isn’t able to help him.”

A spokesperson for the Department of Homeless Services said the agency does not comment on individual cases, but apologized for the inconvenience.

The spokesperson, Isaac McGinn, said the lapses were “the result of accidental miscommunications between various locations.”

“Our goal is to work closely with our service provider partners and each individual who we serve to make this the best experience it can be in order for them to stabilize their lives, and that includes addressing their requests where possible, as in this instance,” McGinn said.

Still, the obstacles Aare encountered are not uncommon for shelter residents with disabilities, said Giselle Routhier, policy director at the Coalition for the Homeless.

“The shelter system as a whole is not accessible to people with disabilities,” Routhier said. “It continues to remain a challenge for folks to get accessible shelter placements.”

In 2017, the advocacy organization settled a class-action lawsuit it filed against the Department of Homeless Services on behalf of shelter residents with disabilities.

“It’s a systemic issue that is meant to be resolved through the process of litigation but that’s ongoing,” Routhier said.

Aare said he is happy to be out of the Wards Island shelter and looking forward to his new gig in Soundview next month. He plans to take a paratransit van to and from work most of the time — a far cry from his old 62-mile round trip.

Until then, he will roll his wheelchair from the hotel to the Port Authority Bus Terminal for the trip to New Jersey, then a NJ Transit train back to Penn Station.

Aare said he is especially grateful for the help he received from fellow New Yorkers when he was sent back to the shelter.

“When you see people help you, your spirit gets more high,” he said. “I really appreciate every one of them, because if they don’t do that, it would not be easy for me.”