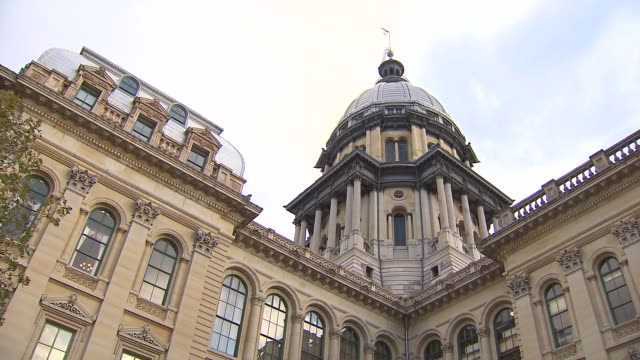 A driver involved in a DUI crash in Illinois that kills a police dog soon could face more serious charges.

A measure sponsored by state Rep. Joe Sosnowski, R-Rockford, has been approved by the House and now moves to the Senate for consideration. The proposed law would allow for prosecutors to seek a Class 4 felony for the death of a K-9 officer in a crash where alcohol was involved.

The effort began after an incident in Boone County last December that left a K-9 named Loki dead.

“When [the state’s attorney] was looking at the charges, obviously the driver was charged with driving under the influence, but there really wasn’t a specific ability for her to charge with the actual death of the police animal,” Sosnowski said.

A Class 4 felony is the lowest level felony offense in Illinois, punishable with a minimum term of imprisonment of one year up to a maximum of three years.

“Knowing that it happened at least once, it’s something that we want to address,” Sosnowski said. “If somebody breaks the law in a DUI situation and they do kill a police or service animal, it should be something that’s charged.”

The measure also extends the protection to search-and-rescue dogs and service animals.

“Hopefully this is just a one-off instance and it doesn’t happen very regularly,” Sosnowski said. “But there was kind of a gap, I think, in the law there. This looks to close that and make that a chargeable offense, as it should be.”

The House recently approved the measure, but not without some vocal opposition.

“There’s this little bit of air of concern about enhanced penalties that that’s out there,” Sosnowski said. “There’s obviously a broad movement to eliminate a lot of penalties and reduce time served. I think that was some of the concern from the no votes.”

The measure now heads to the Senate for consideration.