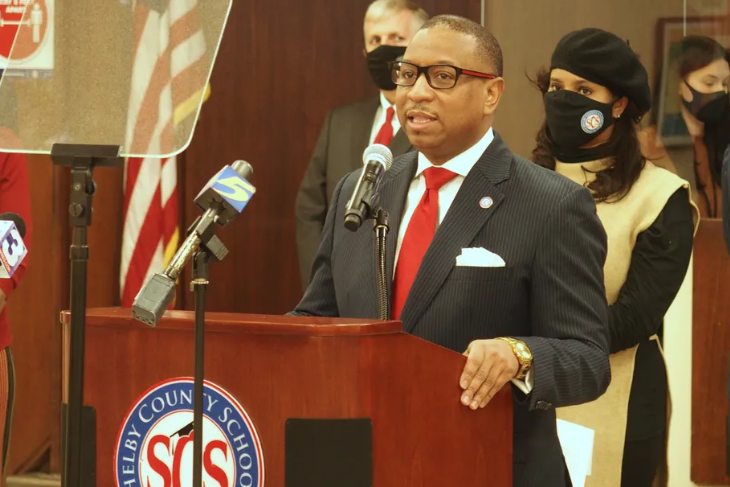 Shelby County Schools would build new school buildings, close others, and expand some that are overcrowded under an ambitious plan Superintendent Joris Ray unveiled Monday.

In all, the proposal includes constructing five new schools, expanding 13 existing schools, and closing 13 to 15 schools by 2031, although some of the schools slated for closure were not named on Monday.

The plan, two years in the making, is likely to spark debate: Few topics are as sensitive in school communities as proposed closures and consolidations.

The long list of projects would be funded by at least $240 million in federal stimulus money and $550 million from the Shelby County Commission. The board is requesting $55 million a year for the next 10 years from the commission to help cover construction costs and tackle deferred maintenance, which includes HVAC unit replacements, roof repairs, and information technology upgrades.

Ray is scheduled to formally introduce his plan to the commission Wednesday.

The plan also calls for improvements to stadiums and gyms. Central High School’s Halle Stadium, Whitehaven High School Stadium, and Melrose Stadium are slated for renovations under the proposal and a half-dozen elementary and middle schools would get new gyms, including Grahamwood Elementary.

The 10-year plan would transform campuses in dozens of neighborhoods across the county. It also phases out many middle schools, merging them into newly formed K-8 or 6-12 schools. The administration suggested this change as a way to use space more efficiently and reduce the disruption of changing schools as students advance to new grades.

“Here’s our commitment, board and community: that we’re going to remain flexible,” said John Barker, the district’s deputy superintendent for strategic operations and finance. “What we told and asked and said to our partners downtown at the City Council and County Commission was that we need help in engendering this awesome workforce development opportunity to get these dollars spent and get these buildings built.”

Federal stimulus dollars must be spent by 2024, Barker added.

School board member Stephanie Love said the district also needs to invest in the more rural Woodstock area, saying it presents it a unique opportunity in a largely urban district.

Love also cautioned the superintendent and his team that buildings alone do not transform schools.

“I also want us to be mindful when we’re talking about — whether it be merging schools or building new schools — we have to make sure that we’re providing our parents and students with something better,” Love said. “Yes, a building is good, but the academics and the supports have to be better than what they had in the beginning.”