Home » Michigan gets waiver of federal school accountability rules, as it waits for a decision on state tests 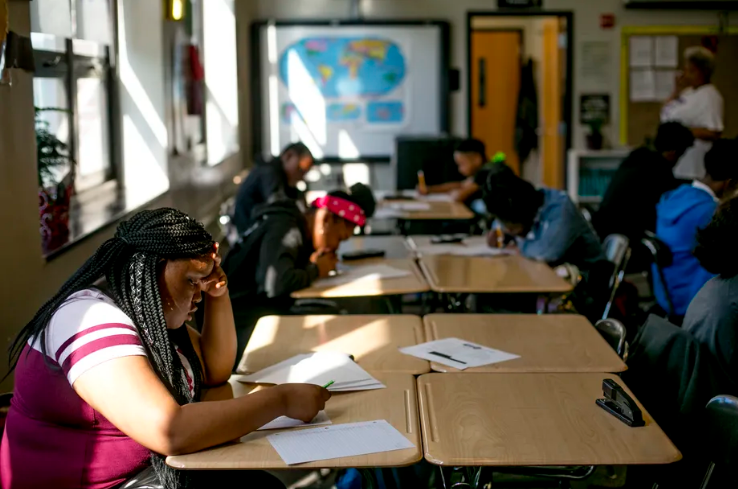 Michigan gets waiver of federal school accountability rules, as it waits for a decision on state tests

Michigan has received a one-year waiver from some key federal school accountability rules. But the state is still waiting to hear whether it can suspend state exams.

The latter means schools should plan to administer the tests to students, beginning April 12.

“This has been an extremely challenging year for students and educators,” State Superintendent Michael Rice said in a statement.

The waiver, Rice said, “recognizes that our schools are still navigating their way through a deadly pandemic that continues to grip our state and nation.”

The waiver means that this year the state won’t have to measure school progress toward long-term goals, use its school index to rate schools based on test scores and other factors, test 95% of its students, and identify poor-performing schools that need support and intervention.

The letter from the federal agency said it is still considering the state’s request to waive the Michigan Student Test for Educational Progress, which includes state exams and the SAT.

A state law enacted last summer requires local school districts administer benchmark assessments at least twice during this school year. Benchmark assessments are given two to three times during a school year to monitor student progress. State education officials have asked the federal agency to allow those assessments to be used to meet federal testing requirements, instead of the state exams.

Even if Michigan’s testing waiver is rejected, and the exams continue as planned, the results could end up being meaningless overall if few students take it. The suspension of the rule that 95% of students be tested makes that a likelihood.

The federal agency waived state exams last year. Michigan has been pushing for a similar waiver since last summer.

“This is not the time to engage in state summative assessments,” Rice said, referring to the state tests. “Educators can determine where kids are academically for parents and for themselves with our benchmark assessments, and can use those assessments to target resources, interventions, and supports for our kids in our districts. Our schools need this time to focus on the social emotional and academic needs of children.”

This article was originally posted on Michigan gets waiver of federal school accountability rules, as it waits for a decision on state tests