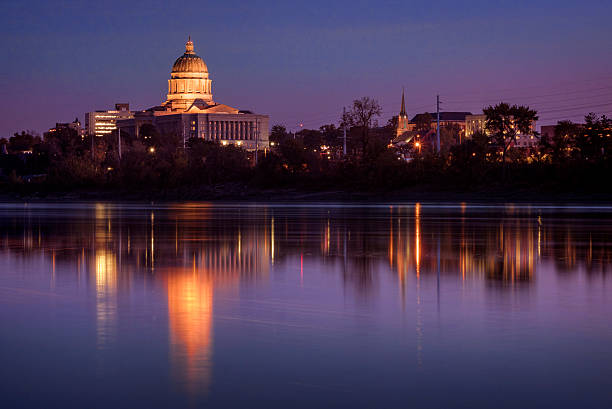 The Missouri House is expected to soon deliberate on a Senate-approved measure that would protect state businesses from “aggressive” enforcement of environmental regulation by the Missouri Department of Natural Resources (DNR).

Senate Bill 40 would bar DNR from enforcing hazardous waste regulations stricter than rules set by the U.S. Environmental Protection Agency (EPA) and restrict its capacity to levy penalties for violations and increase fees.

BB 40’s most controversial component would remove three St. Louis-area counties from an emission-monitoring program that could cost the state more than $50 million in federal highway funds, although even its sponsor now wants the House to remove it from the bill.

SB 40, filed by Sen. Eric Burlison, a R-Battlefield, passed the Senate on April 8 in a 23-10 vote and was heard April 14 by the House’s Emerging Issues Committee, which is expected to approve it as early as this week and send it to the House floor.

SB 40 removes the process used by the state Hazardous Waste Management, Air Conservation and Clean Water commissions to adjust permit fees, and requires fee levels to be set by the Legislature.

Added as an amendment before the measure passed through the Senate, proponents said the provision makes clear that existing permit fees will remain the same regardless if SB 40 is adopted or not.

“Current law will return those fees to lower levels WITH or WITHOUT passage of the bill. The fees will remain the same, with or without the bill,” Associated Industries of Missouri (AIMO) President/CEO Ray McCarty said in a Wednesday email. “This was a central point of controversy with opponents of the bill and one that is simply not true.”

Among other provisions, the bill requires DNR, when issuing a fine, to provide information to violators of the justification for the fine and document all efforts to resolve the issue through discussions before issuing the fine.

Burlison told the House Emerging Issues Committee that the DNR is moving to impose restrictions based on guidance letters from the EPA, not formal regulations based on studies and data.

DNR representative Rich Germinder said that was untrue. “We do not enforce on guidance that has not been properly promulgated or is included in statute or is based upon a regulation,” he said.

“The DNR is moving to change state allowable levels of chemicals based on EPA guidance documents,” he wrote. “The DNR has not actually started “enforcing” those new levels yet, but plans to in the future.”

SB 40 exempts St. Charles, Franklin and Jefferson counties from a vehicle emissions testing program designed to bring them into compliance with EPA air quality remains standards. The three counties in the St. Louis area is the only Missouri region where emissions testing is required.

According to state analysts, that exemption could cost Missouri $52 million in federal penalties and put the state at risk of losing its capacity to regulate air standards.

Burlison and others want the House to remove the emissions component from SB 40, although some vow to retain it.

Senate President Dave Schatz, R-Sullivan, said earlier in the session that businesses have been asking for the measure for years and lawmakers have hesitated because they fear the EPA.

Even if the emissions testing exemption is removed, SB 40 is still a bad bill that represents an “attack on environmental protection in Missouri,” said Frances Klahr, who worked for DNR for 13 years and testified on behalf of the Sierra Club.

“Yes,” she continued, “business in the state of Missouri is important. So are natural resources because the truth of the matter is if you don’t have natural resources, you aren’t going to have businesses. (SB 40) would destroy DNR and the function or purpose of DNR.”

“Fundamentally, the entity making decisions on how anyone in the state of Missouri is being charged, taxed should not be by individuals who are not duly elected,” said Rep. Doug Richey, R-Excelsior Springs.