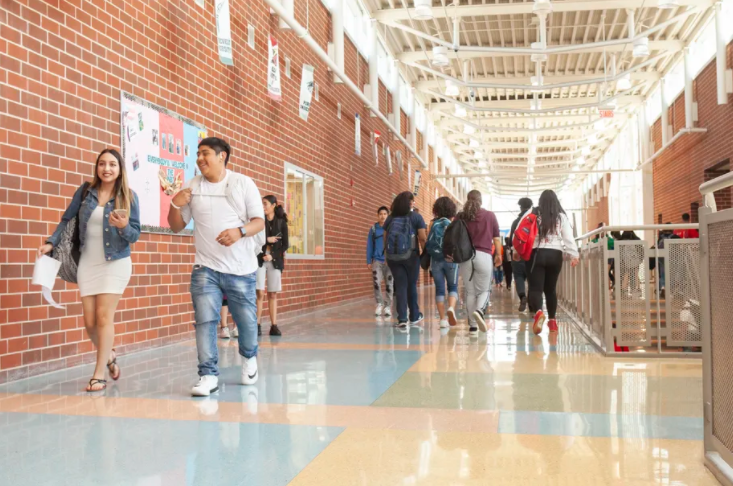 More Chicago students got into their high school programs of choice

The district’s selective-enrollment schools offered more seats to Black and special education students, while the number of Latino offers was flat.

At the city’s 11 selective-enrollment high schools, acceptance rates budged only slightly over last year, with 17% of students receiving offers from their No. 1 choice schools.

Schools chief Janice Jackson said Friday that those admissions increases were driven largely by a surge of interest in predominantly Black high schools on the city’s South Side, such as South Shore International High School and King College Prep. “We’re excited by that, and encouraged by that, but we’re also anxious and eager to see that acceleration in schools where we know that number of African American students is lower than we think might be acceptable.”

Chicago Public Schools’ current enrollment is 47% Latino, 35% Black, 11% white and 4% Asian, but white and Asian students tend to be overrepresented at some of the city’s most competitive high schools, while Black and Latino students are underrepresented.

Despite concerns that the pandemic’s profound disruption might lead to a drop in applications, the number of students who participated in the applications process to land spots in schools outside their neighborhoods remained flat compared with last year. Overall, about 26,000 students submitted an application through the district’s online GoCPS system, which families must use to apply for programs outside of their zoned neighborhood campus, such as specialized arts, STEM and other programs. The district did not immediately provide numbers for applicants to selective-enrollment schools specifically, but said Friday evening that it had sent out 4,854 selective-enrollment offers for fall compared to 4,381 the previous year.

About 89% of students who applied to such programs got an offer from their first, second or third choice — an increase of roughly 9 percentage points from 2020. Of them, 63% landed a spot in their top-choice school, a record high that compares to about half of applicants last year.

Chicago Public Schools pledged to more than double the number of seats for students with disabilities in its selective-enrollment programs next fall, and it said Friday that it was a step toward that goal, offering 489 students in special education a seat in a competitive program next school year compared to 262 this past year.

It is not yet known how many of those students will accept the offers.

“Offers are the first step,” said Bing Howell, the district’s chief portfolio officer. “But it is enrolling our students where we need to make a difference.”

Nearly 15% of Chicago students receive special education services, yet only about 6% of students previously have been enrolled in the city’s most selective high schools were in special education. The district said in December it aimed to raise that percentage to 14%.

Officials said they plan to invest an additional $2.5 million for additional staff at those schools to support students in special education. “This is a critical step forward in expanding high-quality educational opportunities for diverse learners and creating more equitable and inclusive school environments at our selective enrollment high schools,” said Jackson in a statement.

With the pandemic, Chicago loosened some application requirements — such as rules that students submit attendance and visit a certain number of campuses — and gave eighth graders more flexibility on standardized test scores and grades. But the district still required eighth graders to sit for its selective-enrollment exam — a decision some families criticized due to the risks of students returning to campuses to take the test in person.

The more flexible application criteria, including a later deadline, and the ability to tour campuses remotely might have helped keep the number of applications steady despite the pandemic’s upheaval.

Officials have since laid out several changes to the selective-enrollment admissions process for the coming year. Beginning next school year, the district has said it will replace a spring test and its selective-enrollment exam with one high school assessment that all district students will take during the school day.

The change was the district’s bid to streamline the process, cut down on testing and ensure that academic fallout from the pandemic does not preclude some students from participating — though some advocates have said more far-reaching changes might be necessary to make sure that the outbreak’s uneven impact on students and families does not make the process less fair. District data has shown that the grades and attendance of Black, Latino, low-income and special education students dipped more significantly than those of their peers during the first half of this school year.

In recent years, Chicago has made efforts to improve its high schools and widen access to its most competitive programs. Last December, officials announced a CPS High School Strategy that set out a series of goals aimed at raising the bar on academics and improving the high school experience. Those included increasing access to middle school algebra courses — though some raised questions about the number of eligible elementary teachers certified to teach it — and recruiting more Black and Latino students to participate in the Advanced Placement program that earns students college credit.

To deliver on those goals, officials must wrestle with a pandemic problem: Despite reopening high schools at the start of the fourth quarter, nearly 1 in 5 high school students was absent from classrooms — both virtually and in-person — during the first week. What the district does to re-engage those students will be closely watched.

This is the fourth year of the city’s GoCPS application system, which is typically used by about 25,000 Chicago students, including some from private and parochial schools who vy for seats in some of the city’s top-rated public high schools.