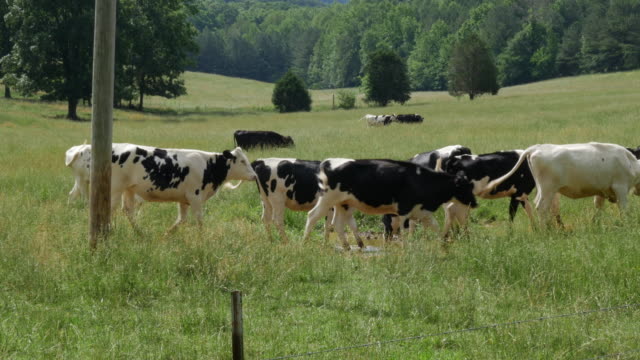 Prime Minister Scott Morrison might be warming to the goal of net-zero emissions by 2050, but federal Nationals leader Michael McCormack has thrown a spanner in the works by suggesting agriculture be excluded from the target.

On Sunday, McCormack told Sky News the Coalition government will not “whack regional Australia” just to meet a climate target. He went on:

There is no way we are going to […] hurt regional Australia, in any way shape or form just to get a target for climate in 2050. We are not going to hurt those wonderful people that put food on our table.

But the Nationals’ push is deeply misguided. It dumps the burden of emissions reduction on other sectors, and puts Australian farmers and the broader economy at greater risk of climate change damage.

Most emissions from the farming sector come in the form of methane and nitrous oxide.

Livestock such as cattle and sheep produce methane when they digest plant material. This gas makes up about 70% of Australia’s agricultural emissions.

Nitrous oxide is released from nutrient-rich soils, such as soils where fertilisers have been applied or when livestock deposit urine and manure on the ground.

In 2019, agriculture produced almost 13% of Australia’s national emissions, or 69 million tonnes. Land clearing for agriculture also drives deforestation in Australia, which is responsible for about 30 million tonnes of greenhouse gases a year. Combined, the emissions comprised about 18% of annual emissions in 2019 – equal to the transport sector.

What’s more, agricultural emissions are projected to increase over the next decade. It’s estimated by 2030, the sector (excluding land clearing) will emit between 78 and 112 million tonnes of greenhouse gases each year. By 2050, that figure could reach 132.5 million tonnes, according to advice prepared for the federal government in 2013.

A report released last week by the expert Climate Targets Panel found Australia’s emissions must be slashed by 50% or more by 2030 to reach net-zero emissions by 2050. Australia must meet this target to be consistent with the international goal of keeping global warming below 2°C.

Granting an exemption to agriculture may well mean Australia would miss the 2050 target. At the very least, it would place an unfair burden on other industries to pick up the slack.

No-one says reducing emissions from the agriculture sector will be easy. In contrast to, say, the electricity sector, where low-carbon technology (in the form of renewable energy) is already widely deployed, such technologies in farming are largely still immature or involve complicating factors.

For example, chemical inhibitors can be applied to soil to reduce the production of nitrous oxide. However, inhibitors vary in effectiveness and the reasons behind this are not well understood.

Alternatively, legume crops increase nitrogen in the soil, and including them in rotations can mean less fertiliser is needed. But if planting legumes means other additional crops are planted elsewhere, this may lead to indirect emissions.

Feed additives given to livestock are a promising way to reduce methane emissions. For example 3-NOP, a chemical pellet mixed into animal feed, has been shown to slash methane emissions from Australian farms. However, 3-NOP is not yet been approved for use in Australia and the price may yet prove prohibitive.

Also, most of the agriculture sector’s methane emissions come from large farms where graziers don’t often directly feed or interact with livestock. That means feed additives and similar options are not practical in these systems.

Emissions from farms, returned to the land

So while the above options are being ironed out, what’s the best way to cut emissions from agriculture? Research I published last year proposed one solution: pairing agriculture emissions with forestry “sinks” – an area of trees and soil that sucks up carbon dioxide.

In a neat synergy, methane and nitrous oxide last in the atmosphere for about the same times as carbon is stored in land sinks, such as trees and soil. So it makes sense to use land sinks to offset agriculture emissions.

Carbon dioxide, such as that emitted from power plants, lasts longer in the atmosphere than farming emissions. It’s best dealt with by decarbonising the electricity and transport sectors, rather than offsetting with biological sinks.

So farmers could, for example, offset their emissions by planting forests. This would enable them to start meeting a net-zero target while new methods for emissions reduction are developed and brought to market.

Research has shown the land sector could potentially achieve net-zero emissions by 2030, using carbon sinks and a mass reduction in land clearing.

Reducing the footprint of Australia’s agriculture sector is no simple feat. It will require:

Australia’s agriculture is extremely vulnerable to the effects of climate change: bushfires and extreme weather, as well as changes to rainfall, temperature, soils, water, pests and diseases.

Farming should not be exempt from a net-zero target. Not only would this make the job of climate action harder for other parts of the economy, it will ultimately come back to bite farmers themselves.