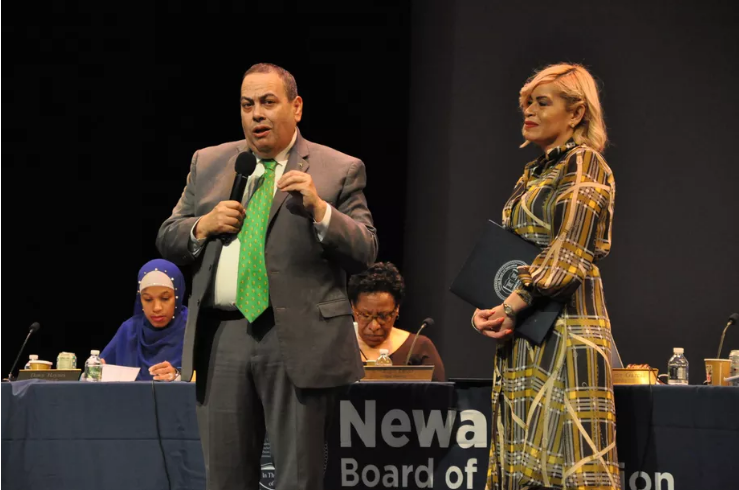 In its latest salvo against the spread of charter schools, the Newark school board has sued the city housing authority to reclaim a former district building that is set to reopen as a charter school.

The lawsuit, which was filed last April but has not previously been reported, claims the Newark Housing Authority violated the terms of an agreement it had with the school board to sell 12 former district properties. The properties included Maple Avenue School, a former district school that was shuttered in 2015, which the KIPP charter school network plans to bring back to life this fall. The board is asking a state court to void the sale and return the nearly century-old building to the district.

The ongoing legal battle reflects a new chapter in the history of Newark schools. Over the previous decade, back when the state controlled the Newark school system, state-appointed superintendents closed many traditional public schools while the charter sector rapidly expanded. Today, publicly funded but privately managed charter schools educate well over a third of Newark public school students.

But now, the district is back under the local school board’s control and led by Superintendent Roger León, a graduate of Newark’s traditional schools who is intent on halting the spread of charter schools and growing the district. He has already urged the state to close several Newark charter schools and is moving to evict a charter high school from its rented space in a district building.

The effort to reclaim the former Maple Avenue School represents the other half of León’s plan — to rebuild the once-shrinking Newark school system.

“As the district is increasing, we need school buildings,” León said early last year, several weeks before the board filed its lawsuit. “And, obviously, that’s going to require some of those buildings that we sold to be unsold.

While still under state control, the district in 2016 transferred a dozen properties to the housing authority, under an agreement that the agency would sell the buildings through a public bidding process and return most of the profits to the district. The deal was meant to help plug a district budget hole by raising revenue and eliminating the cost of maintaining the mostly unused properties.

In 2017, the housing authority sold the former Maple Avenue School for $1.2 million, less than one-third of its appraised value, to an entity controlled by the Hanini Group. The Newark-based developer had planned to convert the former school at 33 Maple Ave. into apartments. But last March, the developer sold the property, which has been significantly updated, for $10 million to a nonprofit connected to KIPP New Jersey. KIPP operates 11 Newark charter schools that enroll more than 5,200 students.

KIPP plans to move one of those schools, Seek Academy, from a rented space inside a district campus into the renovated Maple Avenue building. On Friday, Seek’s principal sent a letter to families saying the school still expects to relocate despite the district’s legal effort.

“We have tried to negotiate and plead with the Superintendent but, so far, he has been unwilling to give up this lawsuit,” wrote Principal Valerie Arroyo, adding that KIPP’s “legal team is confident the lawsuit will not derail our plans.”

But she did say “the district is acquiring additional facilities throughout the city to open more schools, and we are particularly intent on reestablishing our footprint in the South Ward,” where the former Maple Avenue School is located.

Attorneys for the school board filed suit shortly after the KIPP-affiliated group bought the building. At the time, the board had granted León sweeping authority over the district in order to manage the pandemic response, raising questions about whether León used the emergency powers to bring the lawsuit without the board’s explicit approval. (Deering did not respond to a question about the matter.)

The lawsuit, which also names the developer and the group connected to KIPP as defendants, alleges that the Maple Avenue building’s sale violated the housing authority’s deal with the school board. The agency did not involve the district in the original sale or get the city council’s approval, as the agreement required, the lawsuit claims. It also alleges that the housing authority sold the building for a fraction of its appraised value, and that the district-agency agreement did not allow the building to be used as a school. (The developer says the property was sold without any restrictions.)

In August, the housing authority filed a motion to dismiss the lawsuit. Among other claims, the agency said the school board was aware of the Maple Avenue building sale when it occurred, and the sale ended any right of the agency or the board to reclaim the building.

The agency is “not commenting on intergovernmental allegations regarding activities that transpired years ago,” said Victor Cirilo, the housing authority’s executive director, in a statement to Chalkbeat. “We will let the legal process take its course.”

The Hanini Group, the developer that bought the building from the Newark Housing Authority and sold it to the KIPP-affiliated nonprofit, denies the claims in the board’s lawsuit, said the group’s lawyer.

In particular, there were no restrictions on how the property could be used when the Hanini Group purchased it, said the lawyer, Thomas Dolan. He added that the group made major renovations to the building — including removing asbestos and replacing the windows, roof, and plumbing — that accounted for its price increase.

“As we have argued in Court, we believe the NBOE’s litigation is a transparent attempt to impede the development of a new charter school in Newark,” Dolan said in a statement, referring to the Newark Board of Education. He added that the lawsuit threatens “the educational plans of hundreds of Newark school children who plan on attending the 33 Maple school this coming fall.”

A lawyer for Friends of TEAM Charter Schools, the group that bought the building and is renting it to KIPP, echoed the developer’s argument that the property came without restrictions.

“The building, which has been empty for a very long time, went through a massive restoration and abatement process to ready it to host students once again, and celebrate the history and vibrancy of the South Ward,” said KIPP spokesperson Jessica Shearer in a statement, adding that the school hopes the legal dispute will be resolved in time for students to start next school year in their new building.

KIPP plans to move Seek Academy, an elementary school, out of the building it shares with two district schools and into the Maple Avenue building located just blocks away. A KIPP middle school, Newark Community Prep, would take Seek’s spot in the shared building.

But that plan is now in doubt — and not just because of the lawsuit.

KIPP’s lease for space in the district building expires next year. The district recently offered KIPP a new five-year lease that would raise the rent, require KIPP to help pay for utilities, and only allow a KIPP elementary school to occupy the space, according to KIPP officials, who said they are still negotiating with the district.

But last month the school board signaled that it does not want KIPP to move a middle school into the building alongside the district schools, George Washington Carver and Bruce Street School for the Deaf, which offer preschool through eighth grade. Board members said Kyle Thomas, the schools’ principal, had raised “major concerns” about sharing the space with a middle school.

“I really think it would disrupt the culture and climate of that building,” board member Hasani Council said at last month’s board meeting. Other members said the same, raising questions about whether they would approve a lease that allowed a KIPP middle school in the building.

People who live near the former Maple Avenue School and know its long history have mixed feelings about the fight over its future.

Rayvn Thomas, whose daughter attends Carver, said that after watching the building sit vacant for years, she is ready for it to come back to life.

“When you live in the neighborhood, you don’t want to see abandoned buildings,” she said, adding that she was open to it housing a traditional or a charter school. “If it’s going to benefit the community, that’s the main goal.”

But Douglas Freeman, a community leader whose daughter attended Maple Avenue School, said some residents felt duped when plans for the building quietly changed from apartments to a charter school. If it’s now reopening as a school, he added, it should be owned and operated by the district.

“That’s our building,” he said. “We need our school back.”