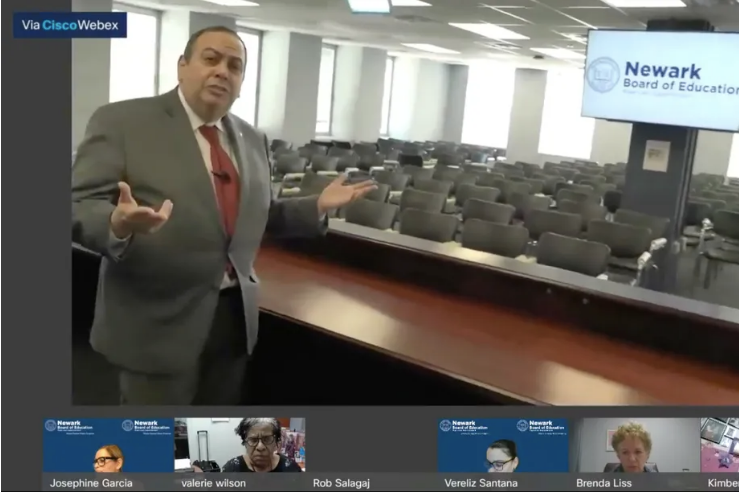 A year ago, it seemed inevitable that the pandemic would wreak havoc on school budgets.

Instead, Newark schools are now poised to emerge from the crisis in better financial health than before. Next school year, the district’s budget will approach $1.1 billion — a nearly $42 million year-over-year increase — and that’s not including a massive infusion of pandemic relief funds headed Newark’s way.

“This year that’s coming up is going to be a good year for us,” said Valerie Wilson, the district’s school business administrator, at a budget hearing Wednesday.

How did the district fare so well?

Like other states, New Jersey avoided the fiscal disaster many feared at the start of the pandemic after state revenues rebounded more quickly than expected, the initial federal stimulus dollars kicked in, and the state raised some taxes and borrowed money. As a result, Gov. Phil Murphy’s proposed budget for next fiscal year calls for a 7% increase in education spending.

The upshot for Newark is more state aid, along with a huge influx of federal money. In turn, the district will be able to hire more teachers, open new schools, and invest in programs — such as summer school and mental health services — that are critical for students to recover from the pandemic.

On April 20, Newark voters will decide whether or not to approve the district’s 2021-22 fiscal year budget. Here are some highlights.

Newark schools are getting a lot more money.

The district expects to get $915 million in state aid next school year — a mammoth $86 million increase.

The 10% funding boost is part of Murphy’s proposed spending plan, which the state legislature must still approve. It’s an about-face from last spring, when the pandemic forced Murphy to scrap a planned increase for schools, leaving the Newark district with $36 million less than expected. (Even with next fiscal year’s boost, Newark will remain nearly $148 million below the funding level required under a landmark court order that required New Jersey to give more money to under-resourced districts.)

The governor “lived up to his commitment that said he would increase funding to districts that have been woefully underfunded,” Wilson said.

More good news: Unlike in many districts, the pandemic did not trigger an enrollment decline in Newark. Enrollment stayed flat this fall at about 46,500 students, according to the district’s budget, which means no per-student funding was lost. The district also cut certain costs for next year, including premiums for employee benefits, by about $2 million.

After accounting for new expenses (more on those later), the district ended up with a $1.08 billion projected budget for next fiscal year — a net increase of $42 million.

The budget does not include nearly $89 million in federal money that the district has received or expects to through the first two coronavirus relief packages. The district has already spent a chunk of the money on pandemic expenses — student laptops, protective gear, cleaning supplies, ventilation upgrades, and more — but it will still likely have some leftover funds for next school year.

Meanwhile, Congress passed a giant stimulus bill this month that will send nearly $2.8 billion more to New Jersey schools. District allocations have not been announced, but they are expected to be more than twice as large as what districts got in the last relief package. That means Newark could be looking at another $177 million.

The state funding boost will enable Newark to make some big investments. They include:

“We are pleased with the new budget,” said school board President Josephine Garcia, “which allows us to improve our schools — which has been long overdue.”

In other welcome news for Newark residents, the extra state aid will also spare the district from seeking to hike the local tax levy for schools.

A $300 million chunk of the district’s budget will go to charter schools, according to the district’s projections — an $18 million increase over this fiscal year.

More than 20,000 students attend Newark charter schools, whose funding comes out of the district’s budget. (Under state law, districts keep 10% of charter schools’ per-student funding to cover fixed costs, such as building maintenance, which persist even when students leave.)

Salaries are on the rise.

New hires and teacher pay raises account for the increase. The total cost of salaries and benefits will exceed $583 million, or more than three-quarters of the district’s budget after charter payments.

Also getting a raise: Superintendent Roger León. His base salary will top $282,000, budget documents show — $22,000 more than he made this school year.

The district is seeking more students — and funding.

Less than three years into his tenure as schools chief, León is on a mission to expand the district.

He opened two schools this fall, will launch three others next school year, and is planning even more down the line. At the same time, he’s fighting a legal battle to reclaim former district properties that can house the new schools.

The aggressive growth shows up in the budget as costly building upgrades, dozens of new staff positions, and legal fees. But León is betting that the investment will pay off in the long run. If the district’s new and enhanced schools keep Newark families from choosing other options — whether private, charter, or county-run schools — then the district’s enrollment, and budget, will swell.

“We want to create world-class programs that are, in fact, going to attract students from other districts,” Wilson said at the budget hearing. “We’re going to compete and keep our kids.”