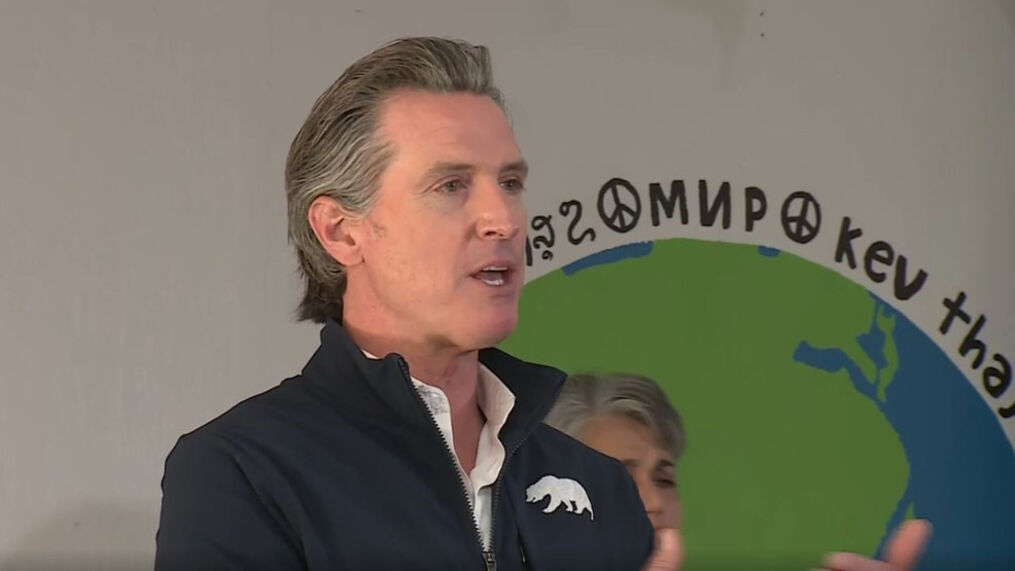 Newsom said Monday that “mandatory limits on attendance are no longer imposed on houses of worship.”

“That means that after five reprimands from the U.S. Supreme Court, Gov. Newsom decided to make the percentage-capacity restrictions on houses of worship in all Tiers voluntary,” Liberty Counsel, a nonprofit legal aid organization representing California church Harvest Rock and its international ministry in lawsuits against the state, said in a statement.

California’s COVID-19 guidance was revised, which now states, “In response to recent judicial rulings, effective immediately, location and capacity limits on places of worship are not mandatory but are strongly recommended. The linked guidance is in the process of being updated. All other restrictions in the guidance remain in place.”

On Friday, the court, in a 5-4 ruling, found that Newsom’s restrictions on home Bible study and worship violate the First Amendment. It also emphasized, “This is the fifth time the Court has summarily rejected the Ninth Circuit’s analysis of California’s COVID restrictions on religious exercise.”

Although the Supreme Court has ruled in favor of Harvest Rock Church and its international ministry twice, the case is still pending at the Ninth Circuit Court of Appeals.

“Unless and until there is a judicial declaration that Governor Newsom has acted unconstitutionally, there is nothing keeping him from changing his mind again, whether in this crisis or any future crisis,” Liberty Counsel states.

In February, the Supreme Court enjoined California from enforcing the total ban on worship in Tier 1 of Newsom’s “Blueprint” pending disposition of the case at the Ninth Circuit Court of Appeals and a petition for writ of certiorari to the Supreme Court. In response, Newsom then imposed a 25 percent building capacity limit in Tier 1. Newsom’s ban on singing and chanting remains in place.

“While we are happy that all churches and houses of worship no longer have any restrictions, Liberty Counsel will continue our case in the Ninth Circuit in order to make sure this tyranny and abuse never happens again,” Liberty Counsel founder and Chairman Mat Staver said in a statement.

The Supreme Court also affirmed everything Liberty Counsel had argued over the last year regarding government regulations, the Free Exercise Clause and strict scrutiny. In its majority ruling, the court emphasized that “government regulations are not neutral and generally applicable, and therefore trigger strict scrutiny under the Free Exercise Clause, whenever they treat any comparable secular activity more favorably than religious exercise.”

It also said, “the government has the burden to establish that the challenged law satisfies strict scrutiny,” and “must do more than assert that certain risk factors ‘are always present in worship, or always absent from the other secular activities’ the government may allow.”

It concluded, “even if the government withdraws or modifies a COVID restriction in the course of litigation, that does not necessarily moot the case. And so long as a case is not moot, litigants otherwise entitled to emergency injunctive relief remain entitled to such relief where the applicants ‘remain under a constant threat’ that government officials will use their power to reinstate the challenged restrictions.”