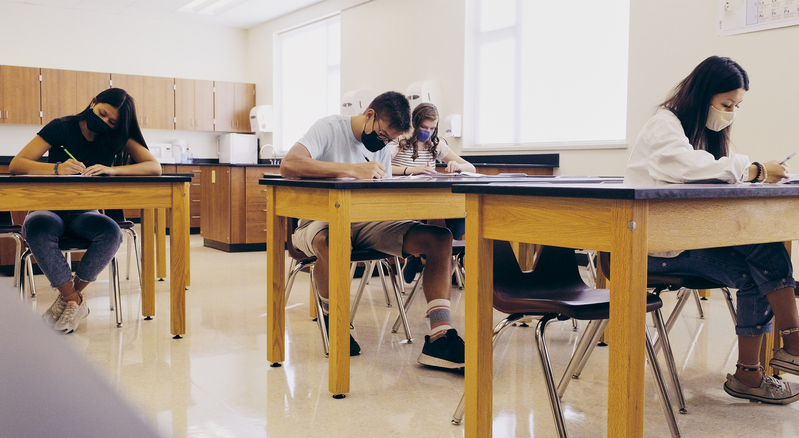 NY recycles state test questions, casting doubt on how helpful results will be

Officials with the state education department confirmed that New York reused questions, saying there was no time to field test new questions while awaiting word of whether standardized exams would be required this year. (The state, along with many others, requested a federal waiver for administering the exams but was denied.) Repeating questions also saved money, though officials said that wasn’t a main driver of their decision.

The recycled questions cast doubt on the usefulness of this year’s results, and call into question the Biden administration’s rationale for giving the tests: to gauge how much ground students have lost in a school year profoundly disrupted by COVID-19. On top of the reused questions, it remains to be seen whether a critical mass of students in grades three through eight even take the exams. This year, students in New York City must opt in to do so and the tests are only being offered in-person — a high bar, especially for the nearly 70% of city students learning remotely full time.

Teachers who proctored the English tests this week said they noticed multiple familiar passages and graphics while their students flipped through the booklets. It’s unclear how widespread the repeats were, but teachers across grade levels said they recognized at least half of the passages, and in some grades, the majority seemed to be repeats.

“We’re wasting instructional time for this,” Clark said. Her students, who recently signed up to return to her school building after learning exclusively online, will have to wait even longer to head back to class because there isn’t enough space or staff to oversee the tests and teach students in person.

“Students are coming to school in double masks and gloves to take this, and then weren’t even given an authentic assessment,” she said.

The state English tests are being administered through April 29, while the math test is slated for May 3-14. Science tests for grades 4 and 8 will take place between June 7-9.

Because of the many changes to this year’s tests, the results will likely be hard to interpret or compare to previous years. There could be, for example, big differences in who decides to take the tests and who doesn’t. The state is not offering a remote option, and in New York City, Asian and Black students are more likely to be learning remotely, while white students are more likely to be in buildings. State leaders say that will make the results unrepresentative.

“The idea that state assessments this year could be ‘standardized’ is unrealistic given the varying formats of instruction and not including whole segments of our state’s children who will not participate,” state education department spokesperson Emily DeSantis said in an emailed statement. “The students most in need of state assessments — those receiving remote instruction — are the very children who are not required to take the test.”

With the COVID-19 pandemic still dragging on, some experts say there is good reason for states to repeat old questions this year.

Scott Marion, executive director of the Center for Assessment, a nonprofit that supports states on test design, said that groups like his encouraged the reuse of questions because of the time and technical challenges involved with coming up with new questions that accurately measure student learning.

But a report put out by the Council of Chief State School Officers also noted that student performance might be inflated, if the questions were made publicly available, like in New York.

“It’s going to be hard to trust test scores this year because of the uncertainties, and this is just one more uncertainty,” Marion said.

Many teachers who administered this year’s English exams agreed.

Clark, the teacher in the South Bronx, said that students who normally struggle with English quickly plowed through the questions. Another middle school teacher in Manhattan said students were stressed, worried that they’d inadvertently cheated or done something wrong, since they had seen so many of the same questions before.

James Bruffee, an elementary school teacher in Manhattan, wished the state would have been upfront about what students and teachers should have expected, given the logistical hurdles and all the time that schools invested in administering tests while complying with social distancing guidelines.

“I understand the desire to know how COVID has affected children differently and also different schools differently,” he said. “However, given that some children have already read these passages either with teachers or with tutors, it completely taints the data — I would say to such an extent that it feels completely useless.”

This article was originally posted on NY recycles state test questions, casting doubt on how helpful results will be