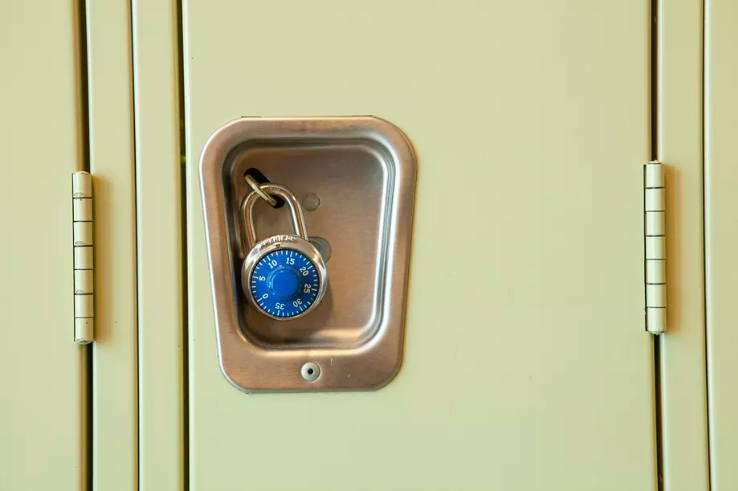 New York City’s education department is considering reopening high school buildings on March 22, according to a draft letter obtained by Chalkbeat. It would mark the return to in-person learning for every grade level in the country’s largest school system.

High schools were open for less than two months before rising coronavirus rates triggered a citywide school building shutdown in November, forcing all students to learn exclusively online. As a result, high school students have spent nearly a third of the academic year fully virtual as the city rushed to bolster its weekly COVID-19 testing infrastructure and pushed to get teachers vaccinated. Elementary school students and those with complex disabilities returned to classrooms in December, while middle schools reopened at the end of February.

The letter with the March 22 return date was “one of multiple preliminary draft letters that are not official, finalized DOE announcements,” said Danielle Filson, spokesperson for the department of education, or DOE.

Department officials also said that multiple letters with different reopening dates have been circulated and that principals would be notified first of an official reopening date. (Many school leaders complained they learned about key reopening dates earlier this school year from the media before hearing it directly from officials.)

During an appearance Friday on WNYC, Mayor Bill de Blasio said he would reveal a timeline next week for high school reopening. Incoming Chancellor Meisha Porter has said that getting high school students back in class is a top priority.

“I promise we’ll do everything to reopen schools, starting with high schools,” she said at a press conference last week announcing her appointment. “We’re ready to go.”

The draft letter was discovered by a student who stumbled upon the document —addressed to high school families and dated March 8 — while searching for schoolwork on their account within Microsoft Sharepoint, which the education department also uses to store some documents. The title of the letter caught their eye, said the student, who asked to remain anonymous. The document was deleted after Chalkbeat reached out to the education department for comment.

It’s not the first time a student has pre-empted a major announcement by de Blasio. The kick-off of his short-lived run for president was scooped by an observant high school junior from St. Louis who noticed a Facebook post that, while misspelling the mayor’s last name, announced de Blasio’s “first stop on his Presidential announcement tour.”

The draft letter informs families that 20% of students and staff at high schools must submit to weekly coronavirus testing, just as the city has mandated at all other schools. The letter also reminds families who are traveling during the week of spring break, which begins March 29, that they must quarantine for 10 days if they go somewhere on the state’s travel advisory list or test out of quarantine.

Some families and students have clamored for buildings to reopen, as the isolation of remote school has worn down the mental health of high schoolers. Many students have struggled to stay engaged, have fallen behind with heavy workloads, are sleeping at odd hours, and miss the social connections so many teens crave. As of the end of January, one in five high students still had unfinished coursework from last school year.

But even with campuses reopened, most students will continue to learn online. Citywide, about 70% of students have opted for remote instruction and officials have not announced any new opportunities for students to switch to in-person learning. Figures from the teachers union show that, as of the fall, about 60% of high schoolers had chosen to stay home.

The reasons are likely varied, ranging from the limitations of in-person learning to preferring to avoid long commutes.

Many schools resorted to virtual instruction even when students were in the building, as it is particularly complicated to keep high schoolers, who typically travel from class-to-class, in stable groups to curb exposure to the virus. The approach also was meant to minimize disruptions to instruction in the event of building closures.

A Brooklyn high school principal, who spoke on condition of anonymity because he was not authorized to speak publicly, said his school would be able to manage a March 22 reopening, but would rely on virtual instruction even when students return to buildings.

“If you’ve only got three to five kids in a classroom and 20-something kids at home from each class, then you lean towards where the largest number of kids were and that’s at home,” the principal said. Despite that setup, returning to buildings could still benefit students who need a quiet place to work or who have struggled with remote instruction, the principal said.

When buildings were open, teachers said that many students who travel long distances to their schools may not have felt the commute was worth possible health risks. Others found that sparsely attended classes did not provide the social connections students wanted.

There are plenty of other reasons that high school students have been more likely to stay home. They are more independent and may more easily navigate remote learning themselves, while others may have to help care for siblings, or to take on jobs to contribute to family expenses.

Those who did attend in person did so for a reason, even if they were doing Zoom classes, said Rabi Whitaker, an earth science teacher who taught her classes on Zoom even when she was in her East New York, Brooklyn, building.

When that physical space was taken away with little warning, students who leaned on teachers to help them manage remote sessions simply stopped logging on.

“Kids who relied on a peaceful classroom with strong Wi-Fi are stuck trying to participate over a long lag in a noisy apartment,” she said. “Kids who relied on functional devices at school are coming to Zoom on their phones. Can you imagine trying to do a virtual science lab on a phone while also trying to participate in a Zoom chat on the same phone — if your data plan even allows for that.”

Whitaker didn’t necessarily think that all high schools should have been open over the past months, but she’s angry that the city focused so much on blended learning without providing other solutions.

“The systemwide focus on opening whichever buildings we can has made support for remote learning an afterthought” she said.

Since the coronavirus may spread more easily among older students, and without a vaccine approved in the U.S. for those younger than 16, the city’s efforts to get teachers vaccinated remains high stakes. President Joe Biden has urged states to get at least one dose into the arm of every teacher in the country by the end of March, and the federal government plans to release supplies of vaccines to local pharmacies to aid that effort. As of the end of February, when middle schools reopened, city leaders said they had administered shots to 30,000 school staff — including teachers, administrators, social workers, and guidance counselors.