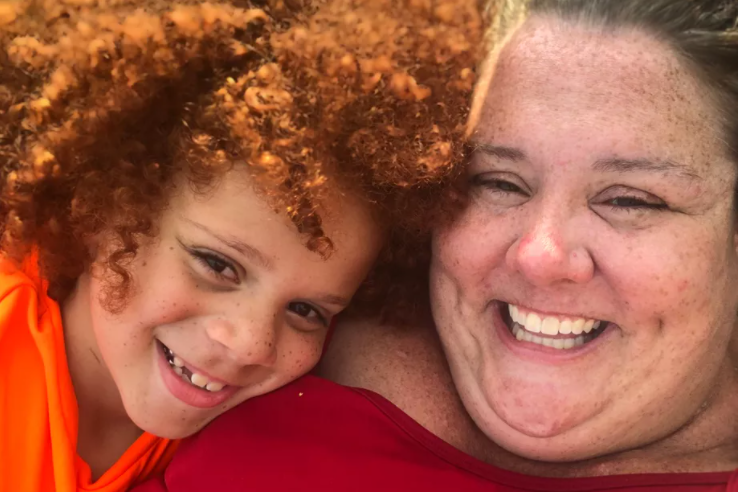 NYC’s free pandemic child care program promised to prioritize students with disabilities. Why were so many turned away?

As New York City was on the brink of shutting down all school buildings in November amid rising coronavirus cases, Janet Marte frantically tried to find child care for her 6-year-old son.

The Brooklyn mom, an X-ray tech who works in-person, turned to Learning Bridges, a city program designed to offer parents free child care on days that children in grades pre-K through eight are learning remotely. But when she asked if they could accommodate her son — who has autism, a nut allergy, and requires the support of a one-on-one paraprofessional at school — she was surprised at the response.

“Unfortunately we do not provide paras. You would need to contact DOE about getting a para,” wrote a staff member at the Park Slope Armory YMCA, one of the organizations contracted with the city to provide child care seats. “Constant one-to-one supervision is not possible in our programs. I wish we could be more helpful.”

The response left Marte and her husband, a city employee also working in-person, scrambling for alternatives. They took days off, paid out-of-pocket for child care, and sometimes left their son with older relatives, who weren’t able to help him log on for remote learning. It also left them frustrated, given the city’s promises to prioritize students with disabilities for the child care program.

“Basically they said if you don’t have a typical child they won’t be able to help you. It’s horrible that that’s even allowed,” Marte said. “We have to make sure we don’t get fired and stay employed because what is an education if we’re hungry?”

Again and again, families of students with special needs have been turned away from the city’s child care program or simply gave up trying to secure slots after it became clear they wouldn’t have access to special services, according to interviews with parents and advocates. The program has been hobbled by other problems, including delays in assigning seats to families, and offerings with hours and locations that in some cases proved infeasible for working families.

After pressure from advocates and questions from reporters, the education department circulated more detailed guidance last week about how to determine whether a student needs extra support, and it created clearer procedures for obtaining services at Learning Bridges sites. If a student needs a paraprofessional, for example, the education department is supposed to work with the site on making those arrangements.

The guidance underscored that students with special needs shouldn’t be denied access.

“We have also reminded Learning Bridges/Learning Labs programs that we are committed to working with them and families to provide appropriate support based on each child’s needs, and no child should be turned away because they have a disability,” according to the guidance document, which was obtained by Chalkbeat and THE CITY.

Those changes are a “very big deal,” said Maggie Moroff, a special education policy expert at Advocates for Children, which has handled at least a dozen cases of students being denied access to the program. “It was very unclear what the process was in the beginning.”

The changes, six months into the school year, may not make much difference to families who were already discouraged from attending. But the city recently expanded eligibility for the program to include students who are learning fully remotely and it can also be a backup for parents when school buildings are shuttered due to multiple coronavirus cases.

The root of the problem, according to some advocates and providers, is the system was not designed to accommodate all students. City officials leaned on community-based nonprofit organizations to quickly create tens of thousands of seats for Learning Bridges, an enormous task that will cost at least $93 million from the education department’s budget, city officials said.

But unlike traditional schools, those community providers may have limited experience working with students with special needs. The centers are often staffed by people without any specialized training, making some of them nervous about enrolling students with more complicated needs.

At the same time, the education department did not immediately create a clear process to provide extra services that might have allowed more students to participate, leaving providers to make decisions about which children they would be able to accommodate.

They “never said, ‘we can train your staff’ or ‘here are the guidelines to work with students with various disabilities,’” said Vito Interrante, who oversees four Learning Bridges sites operated by Children’s Aid, a nonprofit group.

Interrante said his sites have been able to accommodate students with disabilities who receive services like speech and occupational therapy, and they help students log in for digital versions of those therapies.

But the program isn’t able to serve those who have behavior problems, are at risk of wandering off, or are typically served in classes much smaller than the 15-student classrooms in place at his sites. So far, he said, he has only turned away one student on those grounds.

“We’re employing people who are making $15-18 an hour — they’re not trained to work with students who have specialized issues,” Interrante said. “Our hearts go out to these parents because we realize they’re in a tough spot.”

Last week, the education department notified providers of more concrete procedures for accommodating students with disabilities. Officials said they consider students’ existing learning plans, which spell out what services they’re entitled to in regular school settings, to determine what accommodations they might need at a Learning Bridges site.

If a provider believes a student may need additional services to be accommodated, they are instructed to contact the education department or the Department of Youth and Community Development, which also oversees the program.

Crucially, the new guidance says the city will provide paraprofessionals who often work individually with students with behavior or health problems. Not having such paraprofessionals proved a significant barrier to access Learning Bridges for many students.

“We are committed to working with families and sites to provide additional support and appropriate services based on each student’s needs, and no child should be turned away because they have an IEP or 504 plan,” Sarah Casasnovas, an education department spokesperson, wrote in an email.

The new guidance also comes after some parents have exerted pressure on their own.

Heather Dailey was so frustrated with her Learning Bridges experience that she began a survey with a few other parents in the hope that quantifiable data would highlight the failures of the program and spark change.

Dailey, who lives in Jackson Heights, sought out a Learning Bridges seat because her third grade son was distracted at home and required constant redirection, something she couldn’t manage on top of her job as a social worker. After weeks of delay, she was matched with a site in Flushing that suggested they didn’t have the necessary staff to meet her son’s needs.

“They didn’t flat out say we couldn’t work with him, but they said this doesn’t really seem like the right place,” Dailey said, noting that the situation was so challenging at home that she got a prescription for her son for ADHD medication to help him focus.

After launching her survey, Dailey discovered she wasn’t the only parent going through the experience: Of the roughly 60 parents of students with disabilities who responded, 22 had not heard back from a Learning Bridges site and 28 had been unable to attend for a reason directly related to their child’s disability.

The survey ultimately drew the attention of New York Attorney General Letitia James, whose office reached out to Dailey to learn more. (Representatives for James and the city’s education department declined to comment on the status of any possible investigation.)

To some parents, their initial experience with Learning Bridges soured them on the program, which may complicate efforts to assure parents that the centers can handle students with disabilities.

“You don’t want to be in a position of arguing your child into a place where they don’t want him,” said Jennifer Johnson, a Queens parent of an 8-year-old with autism. He was offered a spot in early November, but the site said it could not accommodate his disability.

Now, as the city has pushed to reopen classrooms, Johnson is thrilled that her son is getting services and instruction five days a week in an environment that feels comfortable: his regular school building.

This article was originally posted on NYC’s free pandemic child care program promised to prioritize students with disabilities. Why were so many turned away?