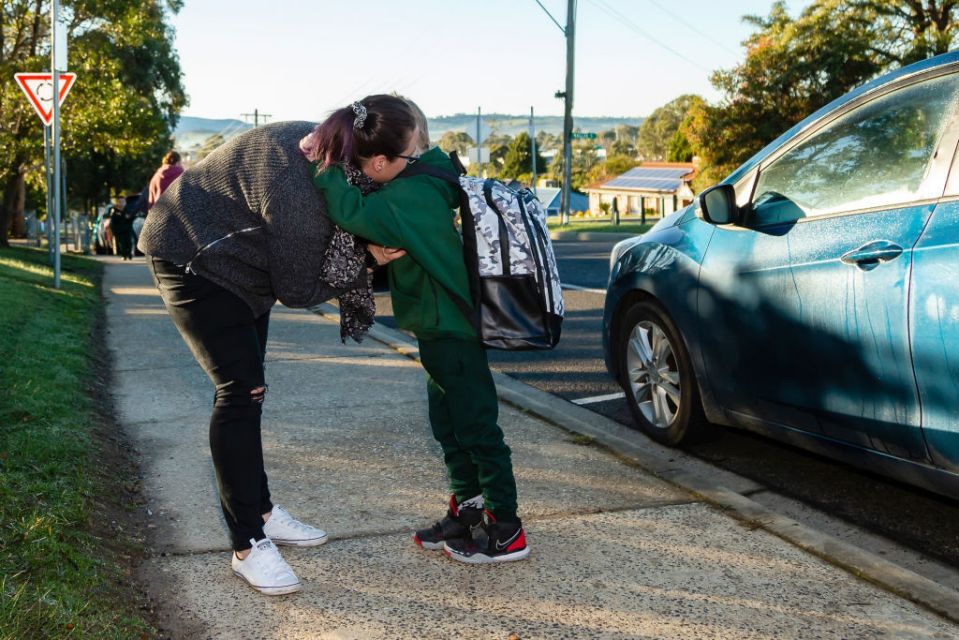 Families can now apply for New York city’s Pre-K for All and 3-K programs. But the backbone of the city’s heralded free preschool for 3- and 4-year-olds — independent providers who contract with the city — say they are facing an uncertain school year.

That is the case for Violet Rouse, who has taken care of children in Brooklyn’s Bedford-Stuyvesant neighborhood for almost two decades. She spent last summer adding another classroom to her child care center, VernyKidz, in the hopes of expanding the 3-K program there.

Instead, the education department ended its contract with VernyKidz. Not only will she not be expanding, but Rouse may have to shut down her existing 3-K classrooms, taking away a significant chunk of her business.

“I’m basically scared we’ll have to close,” she said. “Eighteen years, down the drain. Like, ‘Boom.’”

Like VernyKidz, dozens of other preschool programs did not land contracts for the new school year, while others saw the number of seats in their programs significantly slashed. Providers have yet to finalize the number of seats they’ll be able to offer or how much the city will pay for them, since negotiations over those details only began last week.

With so much work left to be done, it’s impossible for families to know the extent of their options until enrollment is well underway.

Race against the clock

The city has been trying to streamline oversight of its publicly funded but privately run early education programs under the auspices of the education department, from the department overseeing child welfare. Community-based programs provide the majority of the city’s free pre-K seats — about 60% —  with the rest run by public schools.

As part of the shift in oversight, the city awarded new contracts in a competitive bidding process last summer. So far, roughly 700 providers have won these contracts to serve children in publicly subsidized child care and preschool programs next school school year, an education department spokesperson said. Officials said the majority of programs already providing services — some 90% of them — had their contracts renewed.

But those contracts are only provisional, until the providers and the education department can negotiate a final amount that will be paid per child.

Working out the details with so many providers will have to happen quickly, and it’s not likely to be easy. Programs submitted their asking prices almost two years ago, well before the pandemic caused enrollment to crater by 13% year-over-year. It also took a chunk out of their budget with additional costs creating socially distanced classrooms, setting up remote school options, and buying protective gear such as face masks.

“No provider could have known at the beginning of 2019 how much hand sanitizer you need for a socially distant classroom,” said Gregory Brender, policy director at the Day Care Council, which represents providers across the city.

The process with the city has induced whiplash at points. Some were awarded contracts at a fraction of what the city previously paid them, and while the education department later readjusted some contracts, giving programs more seats, it remains to be seen whether the changes will be enough to keep centers open.

The city also opened a new bid last week for another round of contracts that officials hope to have in place in time for the next school year, giving centers like VernyKidz another shot. The city will have to sprint to award “hundreds” of additional slots for pre-K and 3-K, in 74 ZIP codes identified as hard-hit by the health crisis.

Education department leaders said they’re up to the task, with experience negotiating new contracts on a yearly basis. A big chunk of the budgets, including promised pay raises for teachers, are already determined by collective bargaining agreements. Other recent changes, such as guaranteeing a portion of funding regardless of enrollment, will also lend to a speedy process, according to the department.

Are there enough seats where they’re needed most?

Advocates have been trying to get an understanding of which neighborhoods gained or lost seats, as well as an explanation of how officials are deciding which areas are more high-need than others with the latest round of contracts.

These micro trends are important to understand, according to Nora Moran, director of policy and advocacy at United Neighborhood Houses. Her organization has noticed that many of their members lost seats are in gentrifying neighborhoods — areas where public housing abuts expensive condos, such as Manhattan’s Lower East Side. Such extreme differences in family income can raise an area’s mean income and obscure pockets of need.

“We want there to not be child care deserts any more. We want there to be more access. And that can’t come at the expense of families in neighborhoods that maybe are gentrifying,” Moran said. “We don’t want the city to be kind of rearranging deck chairs and moving from one neighborhood to the other as opposed to the fact that citywide, there’s just not enough child care support.”

A spokesperson for the department pushed back on the idea that mixed-income neighborhoods were at a disadvantage, saying the city considered neighborhood demographics and also the economic status of children who have attended public programs in the past when deciding where to award pre-K seats. That led to more slots being added to areas such as school districts 5 and 6 in Manhattan, which include Harlem and Washington Heights.

Officials are still working towards a final tally, but said there have been more preschool seats awarded than there are children currently enrolled.

“The number of seats and providers fluctuates every year, but the bottom line is that there’s a seat for every 4-year-old citywide,” education department spokeswoman Sarah Casasnovas wrote in an email.

City leaders recently informed some programs that their seats will be restored. Before those changes, members of United Neighborhood Houses faced cuts of more than 500 childcare and preschool seats, potentially costing 125 jobs.

Providers who are awarded seats in this next round of contracts may get a late start at competing for enrollment, raising questions as to whether they’ll be able to hold on long enough to stay open. Education department officials said they’ll work with centers to make sure seats are full, and that enrollment typically stays strong throughout the summer and right into fall.

For Rouse, losing her 3-K contract has been a major blow after struggling to stay open through the pandemic. She is eligible to apply for the new round of contracts, and said she will try again to win back city funding. She doesn’t have much of a choice: Without the contract, she’s not sure how to keep her business afloat.

“I’m willing to do anything to stay open,” she said.

Most child care in the country is run by private businesses like Rouse’s. And like restaurants and gyms, they have been hard-hit by the health crisis. Even with plummeting enrollment as families kept their children home out of concern about the virus, or left the city entirely, Rouse paid to install a new hand washing sink at the school’s entrance and upgrade the air filtration systems. She applied for a state grant to cover these types of costs, but has yet to see any of that money.

Some of the VernyKidz families have written pleas to the education department to reconsider. Reading them on a recent afternoon, Rouse was reduced to sobs. But as much as families love her program, Rouse said she can’t compete with the free child care, offered through city 3-K and pre-K contracts. If she doesn’t win back the city’s business, she expects families will go to other education department classrooms rather than pay the steep price of private preschool.

“It just hurts. It really hurts,” she said.