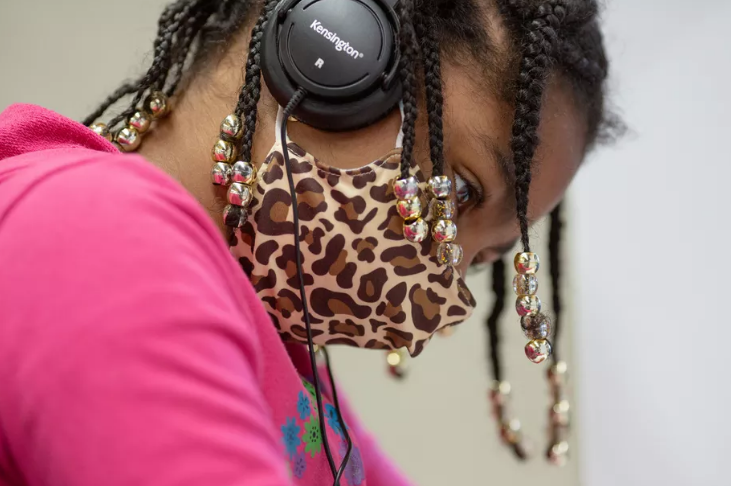 A group of parents is calling on Indianapolis Public Schools to close racial gaps by tripling Black students’ passing rates on state tests and doubling passing rates for Latino students over the next six years.

Those increases still wouldn’t fully close the gaps against white student performance. Less than 7% of Black students and 11% of Latino students in IPS passed both math and English sections of the annual ILEARN tests, compared with 32% of white students passing the tests.

“We have no more time to wait,” district parent LaToya Tahirou said. “Decades have gone by and schools have been failing. We need to think big. We can’t be comfortable with small accomplishments.”

Parents from the advocacy group Stand for Children Indiana said Tuesday the district needs to do more to improve outcomes for its students of color. The 17 parents pushing the improvement plan asked for ambitious academic goals, a roadmap to achieve them, a timeline, and equitable funding.

In response, IPS officials pointed to their five-year strategic plan and racial equity policy, and said they are committed to creating an environment where all students, especially students of color, can succeed.

“We share the feeling of urgency and commitment to equity that has been expressed, and we’re grateful to be engaged in regular dialogue with IPS parents around these topics,” an IPS statement read.

Parents have been meeting with Superintendent Aleesia Johnson and board members about lists of requests in a 13-page document.

On Tuesday, IPS parent Irma Perdomo recalled accompanying a Spanish-speaking parent to a meeting with a teacher, but the school failed to provide an interpreter.  Instead, the mother had to rely on her child and thus misunderstood what the teacher was saying.

Teachers and principals often can’t communicate with parents, Perdomo said through an interpreter.

“Every day we feel a little bit excluded,” she said. “We lose the will to be able to support and be there to support our children.”

To increase staff diversity, the group would like the district to create a “grow your own” program to encourage Black and Latino high school students to go into education and return to IPS to teach.

The Stand group also is asking for the district to pare back its police force and possibly redirect funds toward students’ social and emotional well-being.

Recently the district launched a study into its police operations and began working to decrease suspensions and expulsions.

Tahirou acknowledged that the district is working to boost achievement of Black and Latino students, who make up 72% of IPS students.

“Babies are falling between the gaps.”