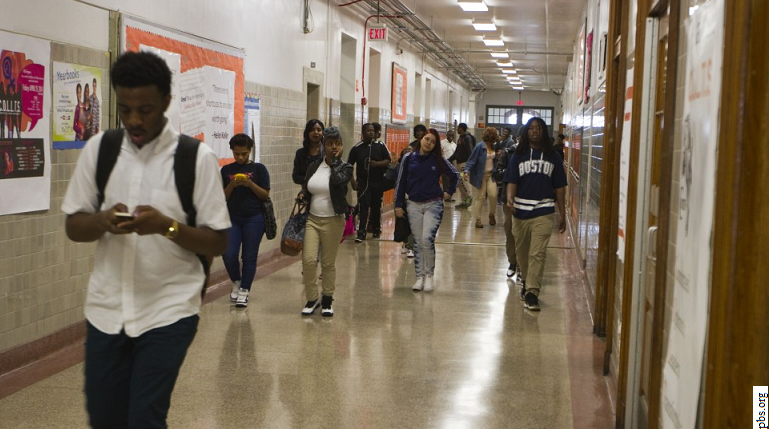 With barely any comment, the Philadelphia Board of Education unanimously denied five new charter school applications Thursday after hearing scathing critiques of all of them from the district’s reviewers.

Christina Grant, head of the district’s charter school office, described all of the applications as deficient either in their planned academic program, operations, finances, or evidence of community support — sometimes in all four areas. The office doesn’t directly recommend denial or approval, but these evaluations had few positive things to say.

The five schools were seeking to enroll more than 4,300 students. The district currently has 86 charter schools that enroll over 70,000 students, more than a third of the 200,000 total in the city’s publicly funded schools.

Charter school expansion was the main reform strategy initiated by the board’s predecessor, School Reform Commission, which governed the district for nearly two decades after the state declared it academically and financially distressed. The board has not approved a new charter school since taking over its governance when the district was returned to local control in 2018.

More than $1 billion of the district’s $3.3 billion budget consists of tuition payments to charters — and the state’s charter school funding formula hasn’t been significantly revised since the law was passed in 1997. Combined with a declining state share of overall school costs, this means that charter and district schools compete for increasingly scarce resources.

“The district does not need and cannot afford any more charters,” said Lisa Haver of the Alliance for Philadelphia Public Schools, which advocates against charters.

The community development organization has a troubled history dotted with investigations into its management and financial practices relating to its charters — including its use of state and local per-pupil subsidies for the schools as collateral for loans to shore up other aspects of its operations.

Two of Aspira’s existing schools, Olney High and Stetson Middle, are former district schools that were converted to charters in an effort to turn them around under an initiative called Renaissance Schools started by the SRC. But due to mediocre academic performance and questionable finances and operations, the board voted in 2018 not to renew the charters and reabsorb the schools into the district. But Aspira appealed to the state and the schools remain under Aspira’s management.

Even the SRC, in 2017, voted not to renew Olney and Stetson’s charters.

No district school has been converted to a charter since 2016 under the Renaissance program, and board President Joyce Wilkerson, who also served on the SRC, has questioned the effectiveness of the model.

Grant’s critique said that the applications for both new charters would give Aspira “outsized control” and contained “numerous inconsistencies in anticipating per-pupil funding,” among other shortcomings. It was proposed that many of the employees would work directly for Aspira and not for the schools, which would present a problem in creating a cohesive staff and school culture, Grant said.

Empowerment was proposed as a kindergarten to fifth grade school in North Philadelphia operated in conjunction with the educational leadership company Jounce Partners. Courtney Taylor, presented as the principal of the school, said it would be named for Shirley Chisholm and would nurture students to be “activists” and “reach beyond their potential” in a close-knit community.

Several parents and community members spoke in favor of Empowerment, not least because it promised to be staffed by people of color.

“One of the things that is important to me is that children see someone who looks like [them] as a teacher,” said Ruth Williams, a community member. “I didn’t see a teacher who looked like me until high school.”

But the charter office report said the application “did not present compelling evidence of the founding coalition’s ability to establish and operate a charter school.”

The Philadelphia Collegiate Charter School for Boys, proposed to locate in Mount Airy, would “prepare Philadelphia’s next generation of young men,” according to its application. It would be managed by an organization that runs a similar school in Baltimore.

“Being in an environment with leadership of men of color can be transformational in the lives of young boys they serve,” said Eric Worley, a graduate of the district and longtime city resident.

The district’s critique said, among other things, that the application did not clearly outline the role of the management organization and did not present a curriculum that would meet state requirements.

In rejecting this application, board members Julia Danzy and Reginald Streater said that they saw value in gender-specific education, especially for boys of color, but that this proposal fell short. “This application does not contain what we need,” Danzy said.

Jamie Meekins is a local small business owner and potential parent who had hoped to partner with Pride in its hands-on curriculum around nutrition. He urged approval, as did parent John Scarborough. “I believe in the vision of teaching through project-based learning,” he said, adding that he would enroll his child if it opened.

But Grant said its application lacked “a systemic approach for its educational philosophy” and did not show enough evidence of community support.

Among nearly 30 speakers, about half opposed charters on principle, while echoing the shortcomings of these applications, and the rest offered support for Pride, Empowerment and the Collegiate School for Boys. No speakers at the meeting spoke on behalf of the Aspira charters.