Please ensure Javascript is enabled for purposes of website accessibility Philadelphia launches COVID-19 dashboard to monitor cases at schools. But some groups question its accuracy. - THE CHICAGO HERALD Press "Enter" to skip to content

Home » Philadelphia launches COVID-19 dashboard to monitor cases at schools. But some groups question its accuracy. 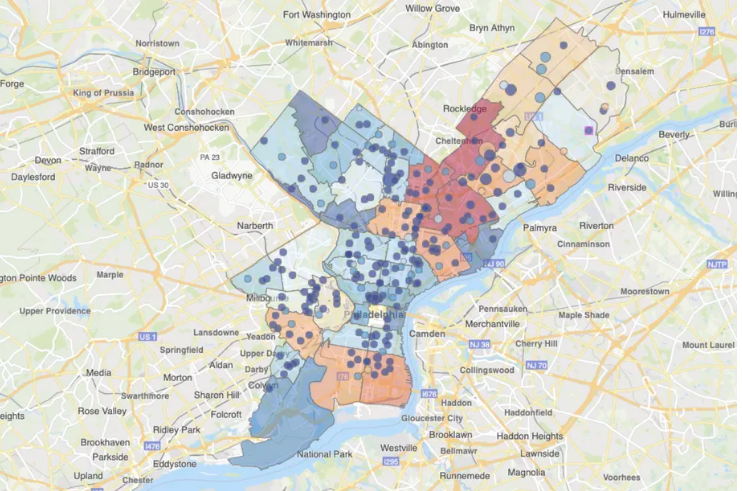 Philadelphia launches COVID-19 dashboard to monitor cases at schools. But some groups question its accuracy.

A month after the first group of Philadelphia students returned to their classrooms, district officials launched a dashboard late Thursday to help monitor COVID-19 cases in schools.

“We understand that having access to real-time information about COVID positivity rates in our schools is important for our families and community, and we are happy to provide this new tool,” said Superintendent William Hite.

The dashboard includes information on the number of tests performed and positive cases in schools, as well as cases confirmed off site that have been reported to the district. It lists all schools, including campuses that have not opened.

But Philadelphia Federation of Teachers President Jerry Jordan, who called for the creation of a public dashboard after Mayfair Elementary School in the Northeast temporarily shut down last month, said Thursday that the district’s dashboard has errors. He said a “cursory review” found errors in the number of cases reported at Mayfair and Edward Gideon School in North Philadelphia.

“We have been insistent on a dashboard, but unfortunately it clearly falls short in terms of accuracy,” Jordan said. “The data on this dashboard is critically important, and it is urgent that the district share accurate information with the public.”

According to the district’s site, the tests and positive cases include both self-reported results and the results of district testing. Out of 10,337 students and staff tested, 64 cases have been confirmed since the reopening of schools last month through April 3, according to the dashboard.

“As the data shows, the positivity rates in our schools are very low,” Hite said Thursday. “We hope this helps to build further confidence in the safety of our schools as we plan to welcome more students back for in-person learning.”

Visitors to the dashboard can find out the percentage by weeks and the number of students and staff who have tested positive. The dashboard also provides a map of positive cases by school.

Up until Thursday, the only updates provided to the general public were weekly reports given by Mayor Jim Kenney and the city’s health commissioner, Dr. Thomas Farley, every Tuesday. The weekly reports are also on the city’s website.

In the absence of a district dashboard, two groups, Parents United for Public Education and the Caucus of Working Educators, or WE caucus, had created their own public tracker to provide teachers and families with information.

Both groups Thursday also raised doubts about the accuracy of the district’s tracker.

“While we’re glad to see the district has finally published an initial dashboard, what we’ve seen so far falls short of the full transparency and accuracy that parents need and deserve,” Parents United for Public Education said in a statement Thursday. “As with many other issues, we feel that this represents a missed opportunity for a partnership with families and staff to ensure that the product meets the needs of those who are closest to the day to day operations of our schools. As we’re seeing again with this dashboard, when that collaboration and communication is not present, the results miss the mark.”

The tracker created by the two groups currently shows nine confirmed COVID-19 cases since Monday and 95 positive tests total since schools reopened at the beginning of March — including a few more days than the district’s dashboard. The two groups said they verified the information in the dashboard using COVID-19 exposure letters, which go out to staff members and families after positive cases are recorded.

In a statement Thursday, the WE Caucus said there were “many questions about the accuracy, reliability, and methodology” of the district’s data. Like Jordan, they also said the new dashboard appeared to be missing positive cases from schools.

“We will need much clearer explanations of where this data is coming from and how it is being calculated before we can trust the information,” the statement said.

This article was originally posted on Philadelphia launches COVID-19 dashboard to monitor cases at schools. But some groups question its accuracy.