Please ensure Javascript is enabled for purposes of website accessibility Philadelphia plans to expand summer school, making it available for all students - THE CHICAGO HERALD Press "Enter" to skip to content

Home » Philadelphia plans to expand summer school, making it available for all students 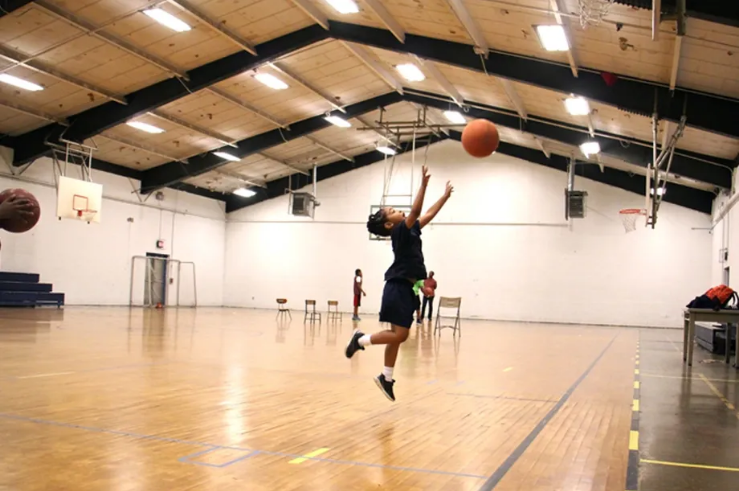 Philadelphia plans to expand summer school, making it available for all students

The Philadelphia school district plans to expand its summer program, with a goal of serving at least 14,000 students, Superintendent William Hite announced Thursday.

The program would include enrichment activities, such as art and music, as well as instruction to help students shore up reading and math skills that may have lagged during their year of virtual learning

Hite said 14,000 is the estimated number of students who have fallen behind in reading and math skills during the pandemic, but any student who attends a district or charter school will be eligible. District officials identified students who might need extra help based on internal testing.

The five-week program, which will start June 28, will be in person, except for incoming kindergarten students, who will remain virtual. The summer programs  will be located in at least 24 and as many as 39 schools, depending on demand.

The district’s programming is in addition to the regular summer camps run by the city, mostly in recreation centers. Those camps this year will include an academic component coordinated with the district, said Deputy Mayor Cynthia Figueroa.

This summer’s offerings represent a significant expansion for the district, Hite said. “Providing summer programming for our students has proven to play a huge role in narrowing academic achievement gaps and helping students reach and maintain grade-level performance in reading and math,” he said.

Typically about 3,000 to 4,000 students participate in district summer programs, not including federally mandated Extended School Year programming for students with disabilities.

For incoming first through eighth graders, activities will center around project-based learning and include art, music, and physical activities. In addition, seventh and eighth graders will have the chance to participate in  STEM, or science, technology, engineering and math courses. The day will start with breakfast at 8:40 a.m., with reading and math instruction running from 9 a.m. to 12:45 p.m. After lunch, art, music and athletics will run until 3 p.m.

Students entering ninth and 10th grades can participate in the summer program run by the University of Pennsylvania designed to provide a bridge to high school. There is another program — essentially, a fifth academic quarter — for 10th through 12th grade students who need to improve their grades or recover credits. And incoming 12th graders can earn elective credits at Penn’s Rising Senior Summer Academy.

This is the first time in several years that the district is offering summer programs for prekindergarten through second grade students. Including 10th graders in the Bridge program, which is usually only for 9th graders, is also new.

Another goal of summer school is to get students acclimated to being back in school buildings. Hite said he still hopes that the district will be able to start the school year in September with all students attending in-person school on a normal schedule. Currently, the district is operating a hybrid model for pre-K through second graders, with third through fifth graders scheduled to start on April 26 if they opt in. So far, only about one-third of eligible students have chosen to return to some in-person schooling.

“The idea here is to get into some sort of flow and rhythm of individuals coming back into schools and feeling more comfortable there,” Hite said.

The district is anticipating that the student demand may exceed numbers of district teachers who volunteer to participate in the summer programs, Hite said.

“This year has been tough for educators, and we understand if they need to take a break,” he said. He and Chief Academic Officer Malika Savoy-Brooks said that the district is working on “emergency” plans to make sure the programs will be adequately staffed.

Hite did not put a price tag on the summer programming. Under the American Rescue Plan, districts must spend at least 20% of the funds on programs designed to help students recoup any lost skills. For Philadelphia, that means at least $240 million over three years.

Hite also said during the press conference that he “understands and appreciates the advocacy” of school principals who are asking for major changes in how funds and positions are allotted to each school. But he said he disagrees with their effort to force the district to assure that each school has four positions regardless of its enrollment — an assistant principal, a full-time literacy and math coach, and a special education compliance monitor.

The principals, organized by their union, Commonwealth Association of School Administrators Teamsters Local 502, have pressed their case in speeches before the Board of Education and in a virtual town hall Wednesday night, declaring that many schools are in “crisis” and don’t have the resources they need.

“Using equity in the same conversation that you use, ‘everybody gets the same thing,’ is a problem. Because equity means that young people who are the most vulnerable, who need the most, actually get the most,” he said.

He said that the district is planning to send out a survey “because everybody has thoughts on how the money should be used and we want to capture those,” he said. “The principals are one group but we’re also asking for families, teachers, others in the district to also weigh in on that.”

This article was originally posted on Philadelphia plans to expand summer school, making it available for all students