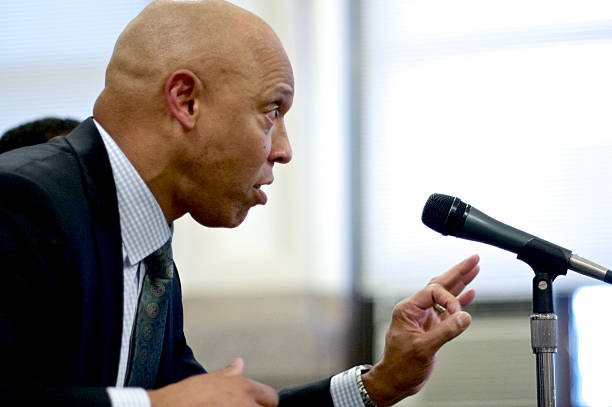 Philadelphia officials have once again delayed the start of school for early grade students, saying they will await a mediator’s decision on Monday.

About 9,000 students in prekindergarten through second grade were expected to return to classrooms on March 1, their first time in classrooms in nearly a year. But for the fourth time this school year, the reopening plans have been pushed back.

“I truly appreciate the good faith effort that has been demonstrated by all parties involved throughout this mediation process,” Mayor Jim Kenney said Thursday. “We are excited to be nearing the end of the process and look forward to providing our Philadelphia community with more certainty about the reopening of our public schools, starting first with our youngest learners.”

The district and the teachers union still are waiting to hear the results of a third-party mediator weighing the union’s concerns about ventilation issues in school buildings. An announcement is expected at 1 p.m. March 1.

“We realize that the uncertainty surrounding the safe reopening of our school buildings has been unsettling for many staff members, students and families,” Superintendent William Hite said in a letter to staff Thursday. “We also realize that you would prefer to know details today. What I can share today is that there are still some important details that are being worked out, and we want to have those details finalized so we can announce the full phase-in plan for PreK-2 hybrid learning students at one time.”

The solution could include opening some schools and not others, a possibility that Hite has repeatedly raised as a way to begin the reopening process. The union is continuing to scrutinize district information about individual schools, including the possible presence of asbestos in some ventilation systems.

In a letter to his members, Philadelphia Federation Teachers President Jerry Jordan said that the union’s environmental scientist, Jerry Roseman, is undertaking “an in depth school-by-school, room-by-room evaluation to assess safety. We are currently reviewing about 1,000 documents, directly related to ventilation adequacy, for approximately 250 buildings and 12,000 individuals spaces … starting with the 152 schools in which PreK-2 occupancy is planned.”

Hite had expressed increasing frustration at the continued delays in reopening. Originally, teachers were due back on Feb. 8 and students on Feb. 22. But teachers protested instead of returning, citing concerns about building safety and vaccinations. For weeks, he has stressed that the district has spent $65 million in pandemic-related spending, undertaken $250 million in building improvements since they closed last March, and spent nearly $4 million in ventilation assessments and other measures to improve air flow.

Hite disclosed more details Thursday of a COVID-19 testing program for students and school workers as they return to in-person learning.

This article was originally posted on Philadelphia postpones school reopening again, as district and union await mediator’s decision on safety