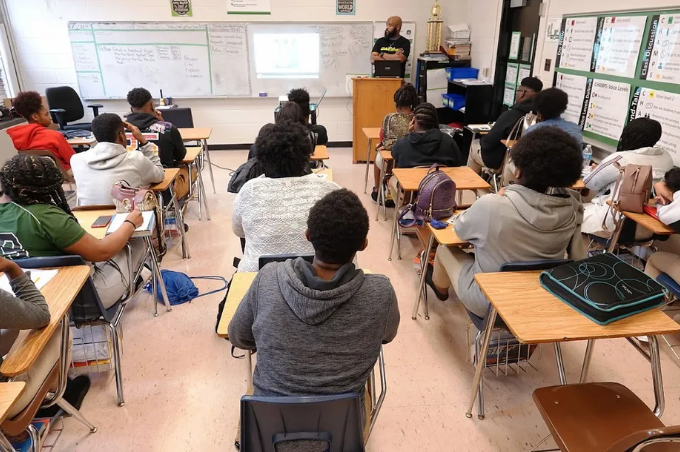 Higher-performing charter schools in Tennessee’s turnaround district could have an opportunity to pivot from one state-run district to another under a plan approved by the legislature.

The Senate voted 25-4 Monday for a bill that charts several ways for schools to leave the Achievement School District after 10 years with the charter-reliant program.

Most controversial is the path that lets higher-performing schools bypass their local districts and apply directly to the new Tennessee Public Charter School Commission for authorization to operate in a separate state-run charter district.

The plan, crafted by Gov. Bill Lee’s administration and approved last week by the House, marks a significant change from the 2010 law that created the so-called ASD to improve chronically underperforming schools. The state began taking over dozens of low-performing schools in Memphis and Nashville and promised to return them to their home districts in better shape than when they left.

But not only have the schools generally strugged to post significant gains, they’ve stayed in the state-run district longer than expected.

“I think most of us are disappointed in the results that we’ve had with the ASD,” said Sen. Farrell Haile, a Gallatin Republican who has carried the bill for the governor.

Even so, Haile and other Republicans said ASD schools that have improved should not have to return to Shelby County Schools or Metropolitan Nashville Public Schools.

“It would be outrageous to take our successful schools in the Achievement School District and send them back to an environment in which they could quickly turn into failures,” said Sen. Brian Kelsey, a Germantown Republican who chairs the Senate Education Committee.

Sen. Raumesh Akbari said the plan is a departure from the original intent, though. “I do believe we have to have a plan, but I would prefer that the [local district] have a right of refusal,” said the Memphis Democrat.

Research shows that Shelby County Schools actually outpaced the state-run ASD academically from 2012 to 2015 through its own school turnaround initiative known as the Innovation Zone. However, the local initiative’s gains stalled after it grew quickly without adequate resources to sustain the expensive school improvement work overseen by Sharon Griffin, the Memphis district’s previous turnaround leader.

The exit plan will expand the new Charter School Commission’s role beyond that of hearing appeals from charter applicants rejected by local school boards.

As schools gradually leave the ASD over the next five years, the commission’s portfolio is likely to grow by up to eight more charter schools. Currently, the commission and its predecessor, the Tennessee State Board of Education, oversee three schools in Nashville and one in Memphis. The State Board authorized those schools under Tennessee’s charter appeals process.

“It will create a new bureaucracy,” warned Senate Finance Chairman Bo Watson, a Republican from Hixson. “And there will be others who will come before this General Assembly in the future who will ask to be part of that pathway — that is, rather than applying for their charter with the local education agency, they will ask to be chartered by the state charter commission.”

Even so, Watson, who voted against the bill in committee, announced on the Senate floor that he would support the plan after receiving assurances that it was consistent with recommendations from last year’s ASD advisory council.

In addition to the pathway to the charter commission, the exit plan lets lower-performing schools seek to return to their original districts. A third option allows schools to remain in the ASD if at least 60% of their families want to stay.

“The ones that we managed to right the ship on, we’re giving them a pathway to be state schools for the long run,” said the Nashville Democrat. “The ones that, after a decade, we can’t do anything to improve, we’re sending them back to the district.”

To determine which ASD schools will have the option of directly applying to the Charter Commission, the state will judge them using a performance framework that includes academics, finances, and student and family rights.