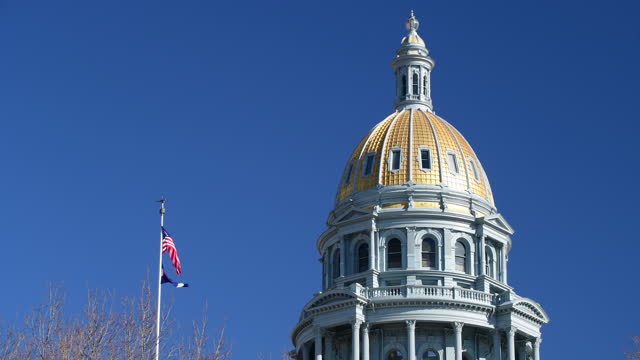 A new report suggests that Colorado lawmakers should focus on paying down the state’s debt with the billions of dollars it’s received in federal relief.

Authored by the Common Sense Institute (CSI), a free market think tank based in Greenwood Village, the report says paying down the state’s debt now would free up future dollars to be spent on education, households, and transportation.

“Doing so will pay long-term dividends, as the state will have more available funding to spend on education, transportation, health care and other priorities rather than issuing debt payments, which will ultimately be on the back of all taxpayers,” the report says.

Colorado has already received over $40 billion in federal relief aid since March 2020, according to the think tank. These funds were distributed under both the CARES Act and HR 133, the Consolidated Appropriations Act of 2020.

However, CSI says the state’s current budget — which was written last summer — accounts for revenue shortfalls that the federal aid covered. Therefore, there will be an additional $3.9 billion for Colorado to spend over the next four years.

The report lays out four ways Colorado can use these funds to set itself up for long-term budgetary growth. First, the report recommends replenishing the state’s unemployment insurance trust fund and stop using federal loans to pay for claims.

According to a Legislative Council Staff economic revenue forecast from March, Colorado is projected to be nearly $1 billion in debt by the end of June 2021.

Second, the report says the state should pay down any unfunded liabilities in the public employee retirement system. A $500 million one-tine investment could reduce $30 billion in unfunded mandates and fund nominal payments for the next 30 years, according to CSI.

Third, Colorado should reserve some of the funds to meet any future savings requirements for the general fund. Lawmakers are statutorily required to save 7.25% of the general fund each year, though CSI says there is bipartisan support for raising that requirement in the near future.

Finally, the report recommends using some of the funds to leverage new infrastructure projects. The Colorado Department of Transportation anticipates annual revenue shortfalls of $1 billion for the next 25 years, according to the agency’s statewide transportation plan.

“Policymakers should use this opportunity to consider the state’s long-term needs and ensure the remaining stimulus funding supports ongoing growth and prosperity for all Coloradans,” the report says. “The $3.9 billion presents a unique opportunity for Colorado to continue to invest in its recovery while prioritizing the future.”