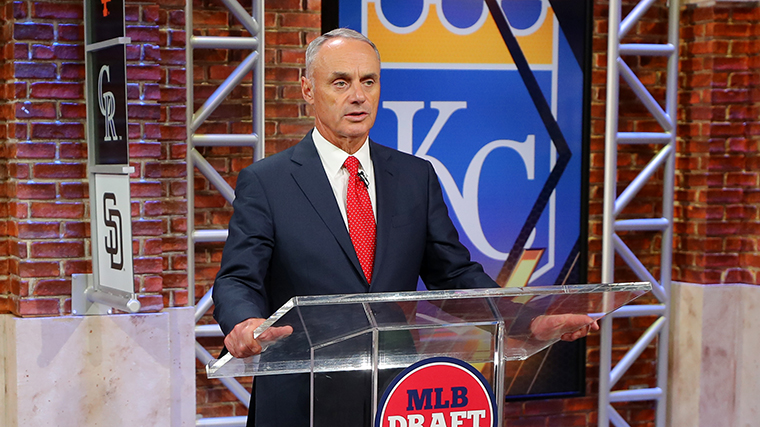 They argued the move should have been done decades ago but introduced the bill after MLB announced it was moving its 2021 All-Star Game from Atlanta to Denver after Georgia passed a new election reform bill.

The Teddy Roosevelt Fair Competition and Public Trust Act of 2021 would make baseball an interstate commerce activity subject to federal antitrust law. It’s named after the 26th president who was known as the “trust buster” for using antitrust laws to spur economic competition.

“Consumers benefit when businesses compete, and baseball is no different. In fact, a professional sports league should understand best of all the benefits of competition,” Lee said in a statement. “Instead, Major League Baseball has used its judicially fabricated antitrust immunity to suppress wages and divide up markets for decades – conduct that is plainly illegal, and sometimes criminal, in any other industry. We should have done this decades ago, but when billion-dollar businesses start engaging in political extortion it becomes even more pressing to end their special treatment.”

Cruz said MLB was being hypocritical and dishonest in its protest against Georgia’s new election law.

“Major League Baseball asks for your ID when you pick up tickets at will-call, but they have made it clear they oppose photo ID requirements to vote,” Cruz said. “If Major League Baseball is going to act dishonestly and spread lies about Georgia’s voting rights bill to favor one party against the other, they shouldn’t expect to continue to receive special benefits from Congress.”

“Major League Baseball has enjoyed constitutionally questionable antitrust protections for a century, yet it has decided to act in a partisan manner by punishing the state of Georgia for completely reasonable voter integrity and election security legislation,” Rep. Duncan said. “Commissioner Manfred’s decision was ill-advised and will cost Atlanta small businesses, many of which are minority-owned, around $100M in economic activity.”

In 1922, the Supreme Court ruled that MLB was a sport, not a business, and was not subject to the same antitrust laws as the NFL, NBA and NHL.

Cruz argues there is not “any decent argument why baseball is itself different from any of those other sports or why Major League Baseball should enjoy exemptions not held by other corporations generally, regardless of whether they have anything to do with professional sports.”

Relocating the game from Atlanta is expected to cost the city nearly $190 million in revenue. MLB would not be able to make such a move if it did not enjoy antitrust exemptions, Lee adds.

Republicans would need the support of House and Senate Democrats if the measure were to pass.