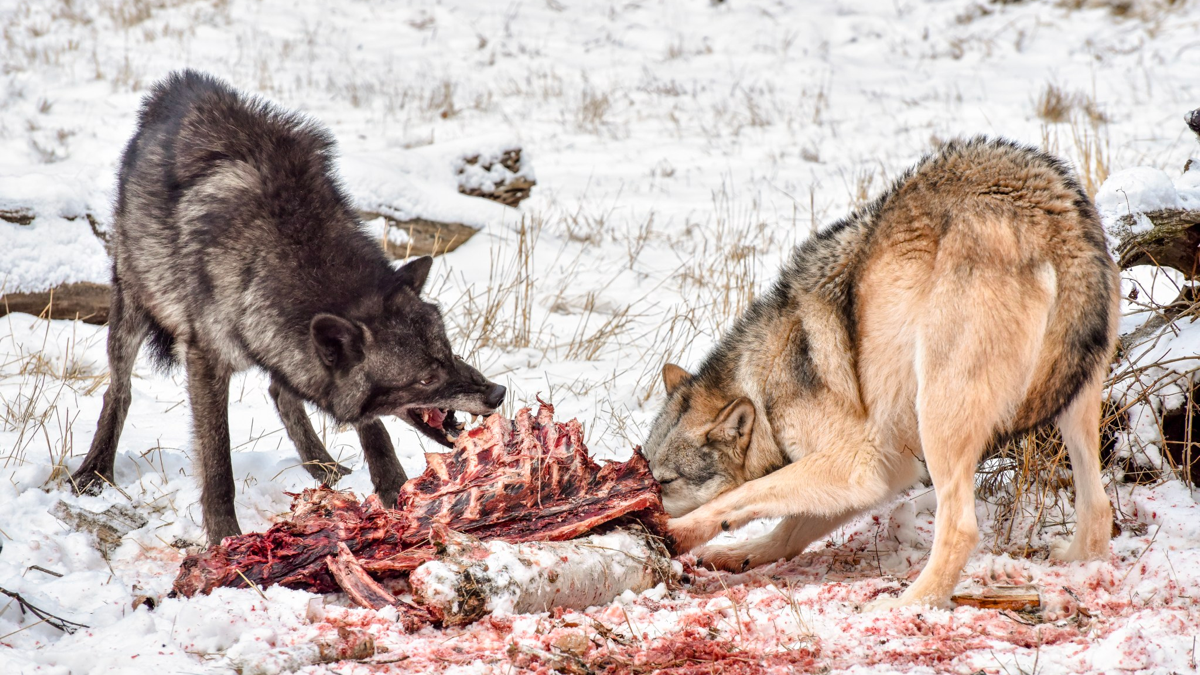 Gov. Greg Gianforte has signed into law two bills that aim to reduce wolf populations. House Bill 224 legalizes the use of neck snares for wolves, and House Bill 225 directs the governor-appointed Fish and Wildlife Commission to add two weeks to each end of the current trapping season.

Gianforte spokesperson Brooke Stroyke provided the following statement: “Governor Gianforte wants to provide Montana’s Fish and Wildlife Commission with additional tools for wolf management in the state. Wolf populations must be managed in order to achieve objectives laid out in law and policy, along with every other species under state jurisdiction. Providing the commission with additional authorities supports the continuing efforts to manage this species and to balance the concerns of communities across the state.”

Paul Fielder, R-Thompson Falls, sponsored both measures. During hearings on the bills he said his proposals will give wildlife managers additional tools to manage wolf populations, which he maintains are too high. Opponents countered that existing management practices have proven that hunters and trappers are plenty successful at harvesting wolves.

Both measures attracted considerable public interest, resulting in heated hearings before the House Fish, Wildlife and Parks Committee and eliciting hundreds of comments delivered to lawmakers. Legislatives Services received 850 comments in opposition to the snaring proposal and 201 in favor. The extended trapping season bill elicited 376 comments in opposition and 309 in favor.

Proponents of Fielder’s proposals say wolves are frustrating hunters by wreaking havoc on ungulate populations and causing problems for ranchers. They say the wolf population is well above the target established in the state’s wolf management plan.

Opponents counter that Montana’s elk population is higher now than when wolves were reintroduced to Yellowstone National Park in 1995 and maintain that wolves are key to curbing the spread of chronic wasting disease. They say the measures are motivated more by hatred of wolves than by sound wildlife management practices.

Much of the opposition’s testimony on the neck snare bill centered on their lethality and the frequency with which snares capture and kill other animals.

A total of 349 non-target animals were captured by traps and snares from 2012 to 2017, according to FWP’s data. An average of 25 domestic dogs were captured each year during that period. The vast majority of those were caught in leg-hold traps rather than snares, and were released alive. Many pet owners have expressed concern that expanded snare use will lead to more dog deaths because snares are designed to kill acaptured animal within minutes.

Both HB 224 and 225 passed through the Legislature largely along party lines. Nearly 93% of Republican lawmakers approved the snaring proposal and 98% voted for the expanded trapping season. Less than 6% of Democrat legislators supported either proposal.

Rep. Fielder is also sponsoring House Bill 367, which would amend the Montana Constitution to recognize Montanans’ hunting, trapping and fishing rights and establish those activities as the preferred and “primary but not exclusive” means of managing wildlife. The Senate Fish and Game Committee will hold a hearing on HB 367 Tuesday, April 13.

The Legislature has passed another wolf management proposal that should be on Gianforte’s desk any day now. Senate Bill 267 would allow for the “reimbursement for receipts of costs incurred relating to the hunting or trapping of wolves.” Opponents characterize it as a bounty on wolves.

Another measure brought by Sen. Bob Brown, R-Thompson Falls, proposes to remove bag limits, authorize hunting with bait and legalize nighttime wolf hunting (a practice known as spotlighting) on private land. Senate Bill 314 has passed through the Senate and the House Fish, Wildlife and Parks Committee, but has yet to go before the full House for a vote.