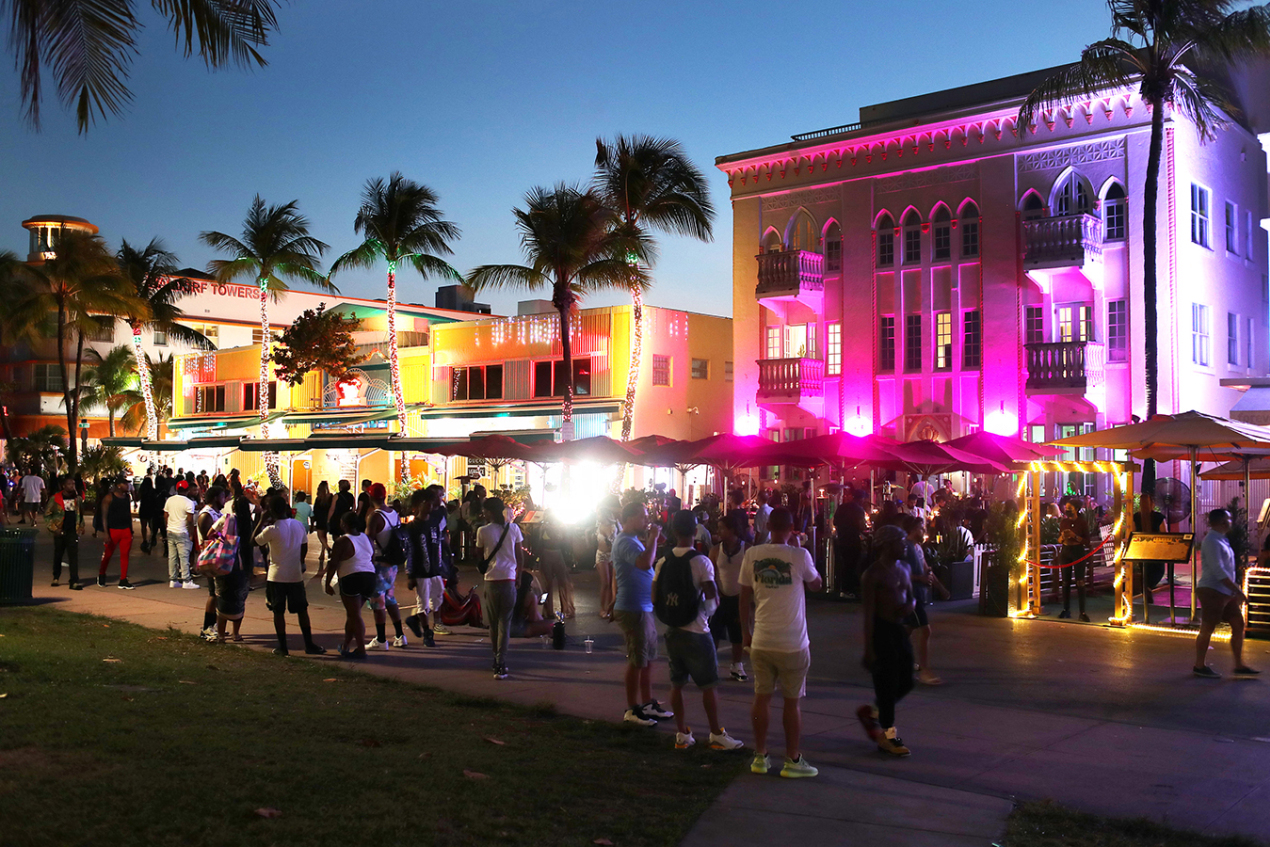 Some Dream — Others Scheme — To Find a Vaccine Before Spring Break

“I’d be getting a house with 10 people, with a pool, and we’d be going crazy in Miami,” said Sile Ogundeyin, 22, a senior economics major at Columbia University, who was sitting on the steps of the library with his friends.

“I was supposed to be in London for study abroad this semester, so I probably would’ve gone someplace close to there for spring break — maybe in southern Europe,” said New York University sophomore Aliyah Verdiner, 20, a business major from Brooklyn. “That would’ve been a lot of fun, but I guess not this year.”

Some students, however, are being more adventurous. Rumors on campus abound about students who are exploiting loopholes and getting vaccinated against covid in order to party and go on spring break.

“She’s going skiing in Vermont with a bunch of friends,” Aliza Abusch-Magder said of her roommate, whom she declined to name. “She’s very excited to be going to parties and — how do I say this? — making up for lost time in quarantine.”

Abusch-Magder said her roommate was “calling on something in her medical history that doesn’t actually affect her day-to-day, to qualify for the vaccine.” Other young people shared similar reports, such as of peers getting vaccinated who had asthma in their past but not their present.

“I just don’t think it’s ethical,” said Abusch-Magder, a first-year English major from Atlanta. But she also expressed doubt that such behavior is widespread at Columbia.

“I think here it’s an outlier, and I think at some schools it’s standard,” she said, echoing what she’d heard from high school friends on other campuses. “There’s a very high standard of ethics here, and there’s a lot of discourse on it.”

It’s impossible to know how often college students are getting vaccinated. Rumors about it happening illegitimately are widespread, but most of the stories appear to be secondhand. And many aren’t so nefarious on closer examination, because some vaccinated students are actually eligible; they work in labs or health care settings, or they have underlying health issues that put them at high risk for severe covid.

“I put in my height. I put in my weight. And it said I was obese,” said Shira Michaeli, who was sitting on the Columbia library steps, “attending” an online lecture on human rights on her laptop. Obesity qualifies you for early vaccination in at least 29 states.

Michaeli is a bit ambivalent, because she feels healthy, and she’s comfortable with her body weight, which she believes is not really a “comorbidity.” But she said she has had breathing problems ever since suffering a bad case of covid last year. And she also plans to be a camp counselor this summer. So she feels she qualifies for the vaccine on a few counts, even if her body mass index is what officially qualifies her.

“I think, for a while, I was really insecure about it, and then I thought, ‘Listen, for most of my life [my weight] has been bad for me. Clothing hasn’t been my size. People haven’t been … ” Michaeli’s voice trailed off. “But for once in my life, it’ll benefit me, instead of hurting me.”

The 19-year-old Bronx native was scheduled to receive her first shot the next day, so she was several weeks away from being fully vaccinated. She said it wouldn’t have mattered for spring break, anyway, because she had planned to stay close to her dorm, working on papers, perhaps sleeping in a little more than usual, and getting coffee with friends.

Down in Greenwich Village, at NYU, there’s very little tension among the vaccine haves and have-nots when it comes to spring break — because there isn’t much of a spring break. It’s a single day, added to create a long weekend in March.

But that doesn’t keep Simran Hajarnavis from dreaming.

“If there wasn’t covid, and there was a real spring break, I’d probably try to plan something with my friends,” she said, turning to one of them and asking: “Want to go to Hawaii?”

Sitting in Washington Square Park, Hajarnavis and her girlfriends said they’re not too worried about being vaccinated right away, as long as they get their shots in time to study abroad in their upcoming junior year.

A few yards away, Aishani Ramireddy said she has already gotten her vaccine, but she’s not doing anything differently from any other student.

“It’s definitely weird,” she said. Ramireddy’s mother is a physician in Los Angeles. She said that, when she was home, she got the vaccine at the end of the day, at her mother’s office, because there were unused doses that would have been thrown out. Still, she feels conflicted about it.

“It just felt like such a privilege to even have that as an option,” Ramireddy said.

Another NYU student, Anna Domahidi, from Chicago, also had an option to get a vaccine, but declined. She doesn’t hold it against her friend Ramireddy, but she does question another friend, who she said talked up his childhood asthma to qualify for a shot. Domahidi still thinks he crossed an ethical line, even though he lives with a parent who’s immunocompromised: “That’s, like, a little better in my mind, but I don’t know.”

Some Dream — Others Scheme — To Find a Vaccine Before Spring Break