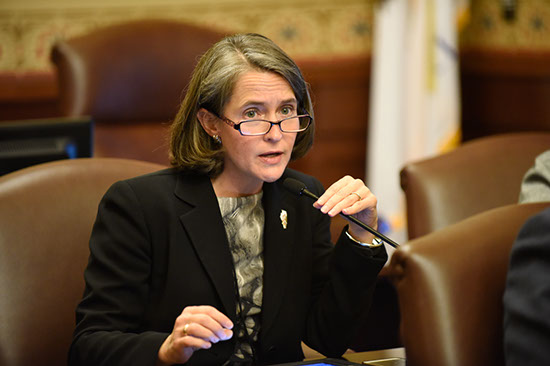 An Illinois House measure with one sponsor that passed in the late evening hours last week will harm families with children in private schools, opponents say.

The measure also has the state department investigate and potentially shut down not just public, but nonpublic schools, for not complying with COVID mitigation, instead of local public health officials managing such orders.

State Rep. Michelle Mussman, D-Schaumburg, was the sole sponsor of the bill, and called it for a vote on April 22 just after 11 p.m.

“We have a plan that can work effectively for the concerned parties and allow parents, students and staff to feel that they are returning to safe and healthy learning environments,” Mussman said.

State Rep. Avery Bourne, R-Raymond, who has complained bills with more than enough co-sponsors to pass the House aren’t getting called, was the only one on the House floor speaking in opposition. She said the measure isn’t about COVID-19 mitigation oversight and goes too far.

“This means that for all of the schools that worked really hard to get students back in seats, I’m sorry, the state now says you’re closed,” Bourne said. “This takes away all local control.”

Last Spring, as the COVID-19 pandemic hit, Gov. J.B. Pritzker issued an executive order that prohibited all in-person education. That impacted private schools as well. But, for the fall semester, Pritzker left the decision to local school officials on how they would return in August.

For months the vast majority of public schools were fully remote. Many families sought full in-person education for their children, something that in many areas of the state was only provided by private schools.

Jessica McGee, a parent of three children in private schools in Springfield, said she fears the worst from the proposed legislation.

“I don’t want to be Chicken Little here, but I do fear that ‘okay, well if our public schools are closed, so is yours,’” McGee said. “It makes absolutely no sense that we should do that to our schools. Our schools are open, they’ve been open, there’s no sense to close them simply because the public schools have done so.”

McGree had her kids in private school before COVID-19 hit. She was concerned the measure passed the House in the late-night hours last week when many people were in bed.

“This is a major bill, this is a major piece of legislation, that would allow the governor to shut down private and nonpublic home schools,” she said. “So we’re just concerned that it’s not being heard and it’s just going to happen without any kind of response.”

The measure is now in the Illinois Senate and is supported by the Illinois Education Association, one of the state’s leading public school unions.