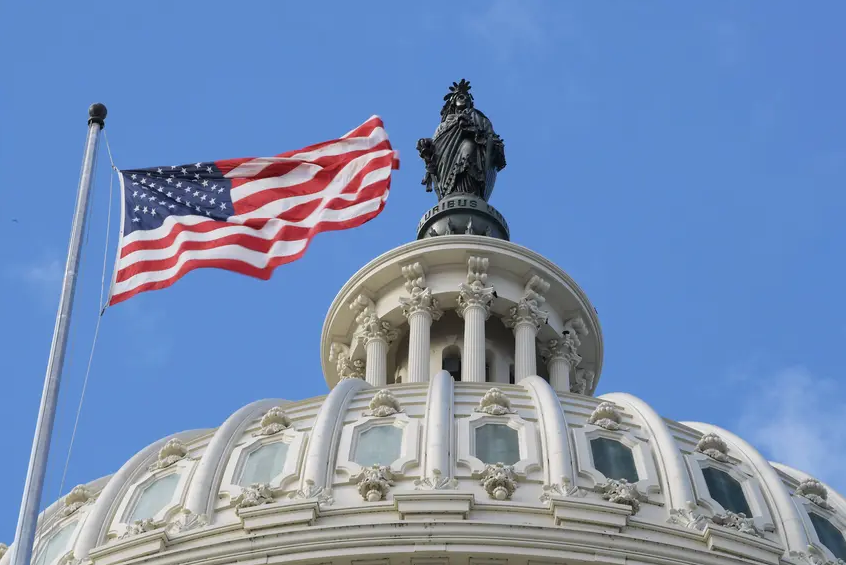 State Rep. Jake Ellzey, R-Waxahachie, is suddenly under intense fire from his right flank as he has emerged as a leading candidate in the special election to replace the late U.S. Rep. Ron Wright, R-Arlington.

The Club for Growth, the national anti-tax group, is spending six figures trying to stop him ahead of the May 1 contest. One GOP competitor — Wright’s widow, Susan Wright — is accusing him of being soft on immigration — like President Joe Biden, she claims. And on Tuesday, U.S. Sen. Ted Cruz voiced opposition to Ellzey, one of 11 Republicans running.

“Texans in CD-6 deserve a strong conservative voice in Congress,” Cruz said in a statement to The Texas Tribune. “Jake Ellzey’s financial support from never-Trumpers, openness to amnesty, and opposition to school choice should concern Texans looking for a conservative leader.”

Cruz’s team provided the statement after the Tribune asked for the senator’s position on the race, a lingering point of interest after another GOP candidate, Dan Rodimer, began his campaign last month while reportedly claiming Cruz’s encouragement to run. Cruz has not endorsed a candidate in the race.

Early voting began Monday for the special election to fill the seat of Wright, who died in February after being hospitalized with COVID-19. There are 23 candidates total, and other top GOP contenders include Susan Wright, a GOP activist, as well as Brian Harrison, the former chief of staff at the U.S. Department of Health and Human Services under President Donald Trump. There are 10 Democrats running, and they are hoping to advance to an all-but-guaranteed runoff and then flip the Republican-leaning seat.

But for now, Ellzey is the center of attention, at least on the GOP side. Ellzey has been building momentum in recent days, and campaign finance reports released Monday showed that he was not only the top fundraiser from either party but that he also had more money in the bank for the homestretch than any other candidate. Ellzey raised $504,000 in under two months and had $400,000 cash on hand as of April 11.

The Club for Growth plunged into the special election last week and has since disclosed spending $160,000 attacking Ellzey in mailboxes and on TV. The offensive centers on a $250 donation that Ellzey got from Bill Kristol, a prominent intraparty critic of Trump, when Ellzey first ran for the congressional seat in 2018, facing Ron Wright in a primary runoff.

“Maybe the most vicious Never Trump hitman said he was ‘impressed’ with Ellzey and gave him a campaign contribution,” a narrator says in the 30-second TV spot.

Kristol is supporting a different GOP candidate in the special election: Michael Wood, a Marine Corps veteran who is openly running to rid the GOP of Trump’s influence. Kristol gave Wood a $500 contribution earlier this month. Kristol also chairs the board of the Republican Accountability Project, which has endorsed Wood and is helping put up pro-Wood billboards in the district.

Susan Wright, meanwhile, is going after Ellzey on immigration. Her campaign sent out a mailer that links to Ellzey to Biden and says: “Their plans. Their crisis. Bad for Texas.” The mailer says Ellzey “opposed President Trump’s military spending bill that invested $1.6 billion in border security.” That is a reference to the $1.3 trillion package that Trump reluctantly signed in 2018 — after initially threatening to veto it, in part because it did not fully fund his proposed border wall. Ellzey said in a TV interview at the time that he was opposed to the spending bill because it did not follow “regular order” and added that he did not like military funding “being held hostage” to unrelated issues in the package.

Ellzey hit back at all the Trump-themed attacks Tuesday morning, releasing a video from one of his biggest supporters, Rick Perry, in which the former governor said he has known Ellzey for 15 years and that “Jake Ellzey is for being for America first for a long time.”

“I am a lifelong Republican, and I supported President Trump and his America First policies,” Ellzey added in a tweet. “Ironically, the very group attacking me spent millions of dollars attacking President Trump in the 2016 Primary. So, I guess you know how much you can trust them.”

The Club for Growth endorsed Cruz in the 2016 presidential primary while pouring millions into ads against Trump. The group has since closely aligned itself with Trump, who has not gotten involved in the special election yet despite some candidates making unabashed plays for his support.

Ellzey, a retired Navy fighter pilot, is not without his own super PAC support. A new group, the Elect Principled Veterans Fund, has disclosed spending $100,000 on digital and TV ads boosting Ellzey. The super PAC, which was formed last month, does not have much of a presence online, but it shares a P.O. box, treasurer and vendor with the With Honor Fund, a national super PAC that works to elect veterans from both parties. With Honor backed Ellzey in the 2018 runoff and gave $5,000 — the maximum amount — to his special election campaign earlier this month.

Early voting for the special election goes through April 27.

This article was originally posted on State Rep. Jake Ellzey faces mounting opposition from his right in special election to replace Ron Wright in Congress