Home » States are getting millions to help homeless students. Federal officials say schools’ first job is to find them. 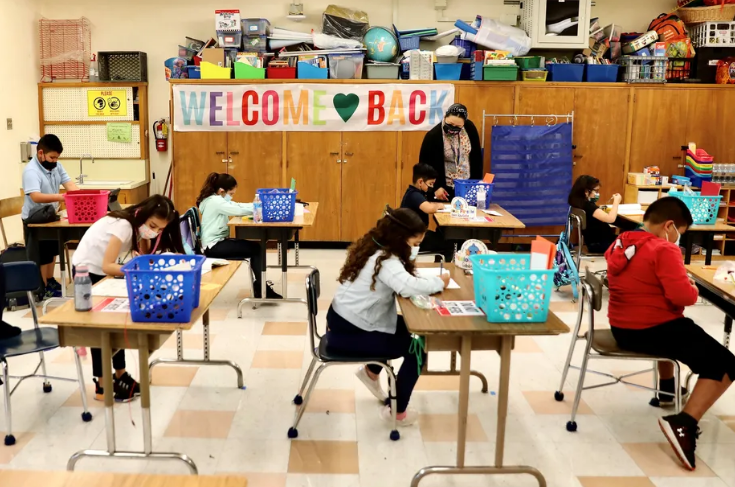 States are getting millions to help homeless students. Federal officials say schools’ first job is to find them.

As states begin to receive hundreds of millions of dollars to help homeless students, federal education officials are urging them to spend big on one key activity: identifying students in need of help.

The latest federal stimulus package sets aside $800 million to support students experiencing homelessness in the wake of the pandemic. On Friday, federal officials offered the first details about how it will reach them, saying they will release $200 million this spring so that states and school districts can get to work before the end of the school year. They’re also giving schools the go-ahead to spend it on things they may not have been able to before, like short-term housing.

In a letter to state education officials, Secretary of Education Miguel Cardona encouraged states and school districts to use some of their money to pay community-based organizations that have experience working with historically underserved students — including students of color, students with disabilities, English learners, LGBTQ+ students, students who are pregnant or parents, and students who live in rural or tribal communities — and are therefore in a good position to spot students who are experiencing homelessness and connect them to help.

Cardona said the department was particularly concerned these student groups were experiencing homelessness without receiving the support and services they’re entitled to.

During the pandemic, school districts across the country have reported drops in the number of homeless students — a result, many advocates say, of how hard it’s been to reach students who don’t have a stable place to live when school is remote.

“Being on camera, disclosing your housing situation, might not be the most safe situation for everyone,” said Jahneé, a high school senior from Florida who’s experienced homelessness on and off since she was 8. She spoke at a roundtable hosted by the federal education department on Friday. “Some students just don’t even know where to begin or where to find these resources to help them.”

Advocates say they hope this round of funding will boost the numbers of students who are identified to receive services. Already, as students have returned to in-person learning across the country, some schools have seen their numbers tick up, as adults spot students in need of help.

States are getting a portion of the $200 million to pay for statewide efforts to help those students. In addition to identifying students for services, federal officials say they’d like states to use that funding to make sure homeless students are connected to summer programming.

Cardona also told school districts they can spend their money on a broader range of services than they typically are able to under federal law. Crucially, he explicitly said schools can buy cell phones and prepaid debit cards, and pay for short-term temporary housing, such as a few nights in a motel — something many school staff were hoping for.

He also opened up the door for schools to spend money in other creative ways during the pandemic, emphasizing that federal law allows schools to provide homeless students with “extraordinary or emergency assistance.” COVID-19, he noted, has had an “extraordinary impact.”

“For schools to have the flexibility to meet those needs as they see them, on the spot — that I think is really, really important,” said Barbara Duffield, who heads SchoolHouse Connection, a national nonprofit that advocates for youth experiencing homelessness.

This article was originally posted on States are getting millions to help homeless students. Federal officials say schools’ first job is to find them.