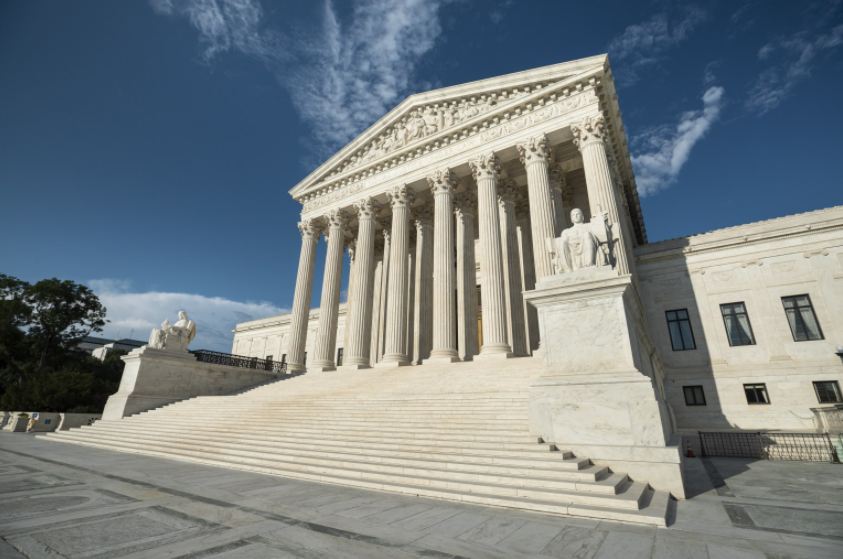 The court heard oral arguments in United States v. Cooley, a case stemming from a 2016 Crow tribal police officer’s detaining and search of Joshua Cooley, a non-Indian, on the Crow Reservation that led to federal gun and drug trafficking charges. The case was dismissed because lower courts threw out evidence after Cooley’s lawyers argued the tribal officer lacked the authority to temporarily detain Cooley and search his vehicle.

Tribes, tribal advocacy organizations and the federal government, which petitioned the court to hear the case after an unsuccessful appeal to the U.S. 9th Circuit Court of Appeals, have said that affirming previous rulings would complicate policing across Indian Country in, for instance, domestic violence investigations. Criminal jurisdiction, according to a brief from former federal prosecutors asking the Supreme Court to overturn the 9th Circuit’s ruling, is already an “indefensible morass of complex, conflicting, and illogical commands layered in over decades via congressional policies and court decisions and without the consent of tribal nations.”

In February of 2016, Crow Highway Safety Officer James Saylor, noticed a vehicle idling on the side of U.S. Highway 212 on the Crow Indian Reservation. After stopping to check on the driver, Saylor noticed that Cooley had bloodshot, watery eyes, and that Cooley “appeared to be non-native”. Saylor began questioning Cooley and noticed two rifles in the vehicle. After observing a “thousand yard stare,” Saylor unholstered his gun, noticed a handgun near Cooley, and searched him and the vehicle, finding methamphetamine and other drug paraphernalia.

But evidence seized during the search was later thrown out after Cooley’s attorneys argued that the officer didn’t have authority to detain him after he realized Cooley was a non-Indian.

In most other circumstances, the officer would have needed only “reasonable suspicion” to search the vehicle or detain Cooley. But the 9th Circuit ruled that tribal police must first determine whether the person they’re dealing with is Native American. If they’re non-Indian, the court said, tribal officers must observe an “obvious” or “apparent” crime to detain that person or request a law enforcement agency with the jurisdictional authority to investigate further.

During his arguments, Feigin repeated a concern echoed by tribes and tribal advocacy organizations that the 9th Circuit’s threshold is stricter than what other law enforcement agencies have to abide by, or that criminals could simply lie and say they’re non-Indian to avoid further questioning by police. Feigin said that standard is “unprecedented” and would be challenging for courts and law enforcement to properly apply.

“Indian tribes, like other sovereigns, have the core inherent authority to investigate and detain suspects within their borders for the violation of another sovereign’s law,” he said, adding that the previous rulings substantially “chills tribes’ ability even to enforce their own laws against their own members, and endangers everyone on Indian reservations.”

“You can’t just look at them and see whether they’re Indians or not. People look different,” Breyer said. “So I think that would be a tough one to do.”

Several justices also seemed to struggle to understand how officers would apply the 9th Circuit’s standard, and under what circumstances it would apply, raising hypothetical situations like pulling over a clearly intoxicated driver or serial killer with a bloody knife on the front seat of a vehicle, and what an officer should do when told the suspect is non-Indian.

Missoula lawyer Eric Henkel, who argued on behalf of Cooley, said the case is not about limiting tribal sovereignty, but affirming that “boundaries of tribal sovereignty be respected as this court has previously defined them.” Reversing the previous ruling, he argued, could lead to tribes exercising broad authority over non-Indians without state or federal protections.

He said the case may never have reached the Supreme Court had the officer been cross-deputized, as some states have done, to give Saylor the same authority as other officers in Montana. Additionally, he said, it’s up to Congress, not courts, to define tribal law enforcement authority over non-Indians.

“Tribal sovereignty is confined to managing tribal land, protecting tribal self-government, and controlling internal relations,” Henkel argued. “In this case, because the exercise of police authority over Mr. Cooley was unrelated to any of these limited interests, the Crow Tribe exceeded its sovereign authority.”

The court didn’t issue a ruling on Monday. It could affirm or reverse the 9th Circuit ruling, or send the case back to that court and ask it to reexamine its ruling.

An argument not brought up during oral arguments, but raised in a brief supporting the government’s appeal, is Crow treaty rights. The tribe and other organizations including the National Congress of American Indians argued that evidence from the Cooley case was lawfully obtained on the basis of an 1868 treaty’s “Bad Men” clause, which reserves the tribe’s right to investigate anyone, including non-Indians, and present to the federal government proof of “a wrong upon the person or property of the Indians” for potential arrest or prosecution. Further, the brief points out that federal treaties are the “supreme Law of the Land.”