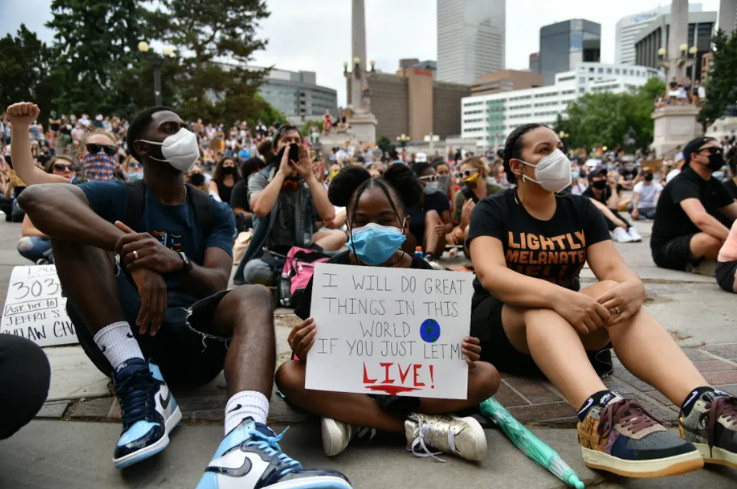 Republican lawmakers advanced legislation Monday that would make Tennessee the latest state to ban the instruction of certain concepts related to race and racism in public schools.

The House Education Administration Committee voted 12-3 to prohibit teaching elements of critical race theory, which is the study of how race and racism affect individuals and society.

The vote came in the legislative session’s waning days and as conservative activists nationwide raise alarm over concerns that students are being indoctrinated into thinking white people are inherently racist after recent killings of Black people by white police officers. Similar bills have passed in Idaho, Utah, and Arkansas.

Tennessee’s proposal, which now heads to the full House, was filed late last week by Rep. John Ragan of Oak Ridge. The bill is not yet scheduled for a vote in the Senate.

Ragan, who is white, cited an email he received about a 7-year-old white student in Williamson County who was described as depressed and suicidal after a discussion in her school about white privilege.

“I’m ashamed that I’m white,” she told her mom, according to the email.

Ragan’s legislation says schools could not include or promote instruction or curriculum teaching that the United States is “fundamentally or irredeemably racist or sexist;” or that an individual, by virtue of the person’s race or sex, “is inherently privileged, racist, sexist, or oppressive, whether consciously or subconsciously.”

“To make tomorrow better than today for Tennessee, we as legislators and citizens must take a stand against hucksters, charlatans and useful idiots peddling identity politics,” Ragan told the committee.

His proposal passed after GOP lawmakers cut off the debate after 30 minutes as the panel’s three Black members expressed opposition. New legislation usually includes more time for discussion in committees.

“What we have been teaching our children is a lie,” said Rep. Antonio Parkinson, a Memphis Democrat who is Black. “Under this amendment, the real truth about George Floyd is not going to be taught, and that’s a historical event.”

Parkinson said children should be taught “only the truth.”

“What brought this about is how and what is being brought into our K-12 schools and how it’s being taught to our children,” said White, a Memphis Republican who is white. “We all understand history; it’s how we are teaching it.”

The bill OKs “the impartial discussion of controversial aspects of history,” but does not define what that means.

Rep. Harold Love, a Black Democrat from Nashville, said he was concerned the lack of clarity could make teachers confused or fearful.

“I want to make sure that our teachers understand that they can teach the facts and not receive retribution,” Love said.

Ragan said teachers should teach according to Tennessee academic standards for social studies, which have been approved by the legislature.

“We as Tennesseans should not allow the presentation of historical fact to be shaded by someone’s personal opinion who is presenting that information,” he said, noting later that the words “systemic racism” are not included in the standards.

Critical race theory emerged as a field in the 1970s and 1980s. Professors in college classrooms have used the term for decades. National debate about its use in K-12 classrooms ramped up last September when then-President Donald Trump criticized critical race theory and called for “patriotic education” in the wake of increasing public demands for racial justice and culturally inclusive curriculum.

“The best historical inquiry acknowledges and interrogates systems of oppression — racial, ethnic, gender, class — and openly addresses the myriad injustices that these systems have perpetuated through the past and into the present,” said a statement last year from the Organization of American Historians, the nation’s largest professional organization of scholars of U.S. history.

“There can be no study of the United States to which slavery and settler colonialism are not central; and attempts to persecute these studies only underline their integral nature to any study whatsoever,” said a statement from the American Comparative Literature Association, which consists of English teachers.

Ragan’s bill would authorize Tennessee’s education commissioner to withhold funding from schools that teach the concepts outlined in his legislation, which is included below.