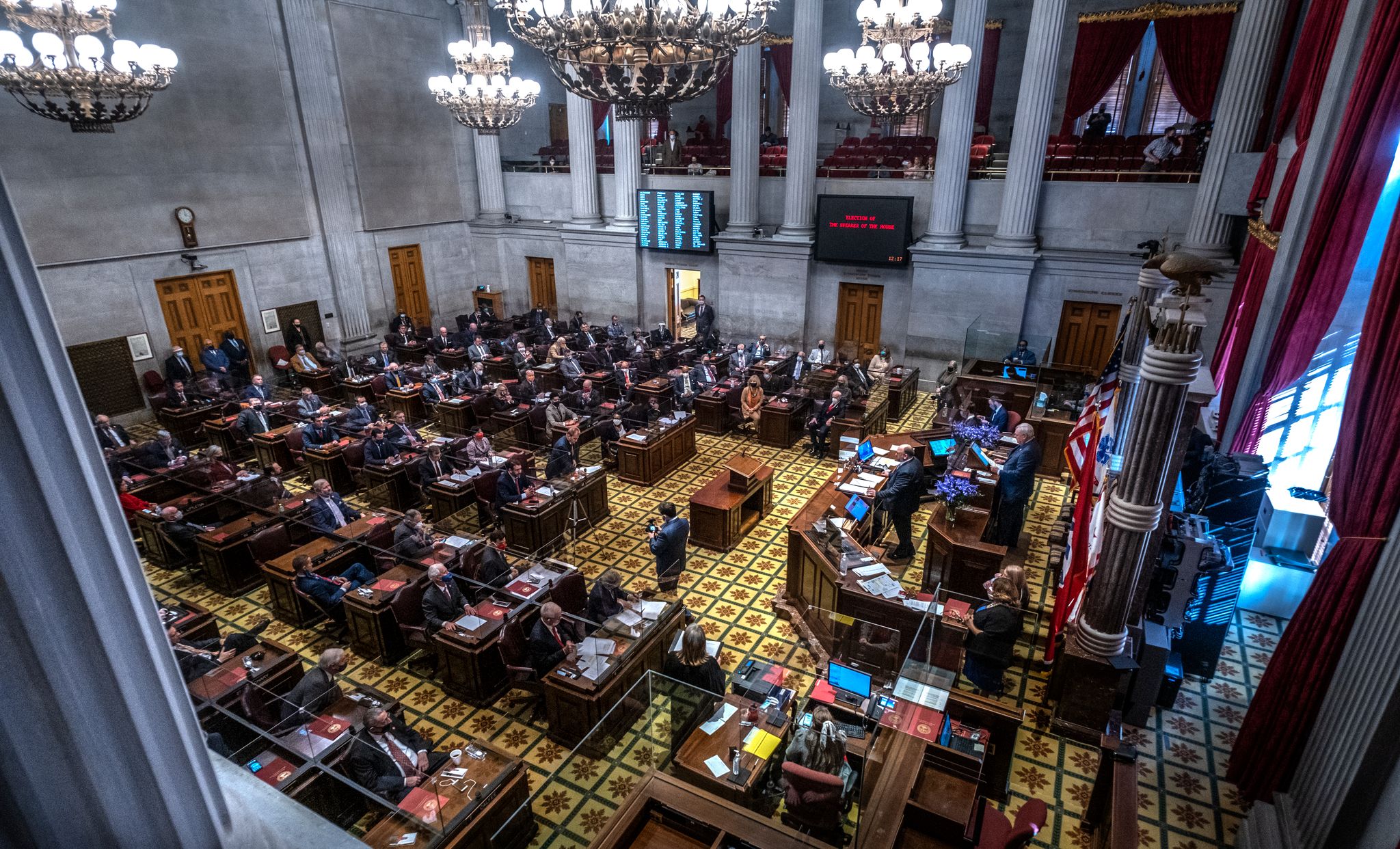 A proposal that would ban classroom discussions about systemic racism passed Tuesday in Tennessee’s House of Representatives after an impassioned debate between white Republicans and mostly Black Democrats about how U.S. history should be taught.

House members voted 69-23 along party lines for the 11th-hour proposal as they worked to wind up their 2021 session this week.

The Senate voted later not to accept the legislation. That voice vote came without discussion. But the measure could get resurrected.

The proposal would authorize the state education commissioner to withhold funds from schools and districts where instruction wades deeply into topics about racism, sexism, bias, and other social issues that permeate American life.

Similar measures have been debated recently in Idaho, Utah, and Arkansas as the nation’s reckoning with systemic racism has routinely become part of classroom discussions.

If the Tennessee bill cleared both chambers and was signed by Gov. Bill Lee, classroom instruction in public schools would be limited to what’s outlined in Tennessee academic standards for social studies, history, and civics, according to the sponsor, Rep. John Ragan.

“History is a collection of facts that are taught,” he said at one point in the nearly 90-minute debate after the amended bill quickly passed through a GOP-controlled committee a day earlier.

The legislature approved Tennessee’s academic standards, which include topics such as slavery and civil rights. Those standards also ask students to “analyze” and “critically examine” sources, not simply memorize facts.

The mixed messages likely would be confusing for classroom teachers. But Ragan, a Republican from Oak Ridge, said his proposal aimed to bring clarity on what educators can teach their students.

Citing statistics about lagging literacy rates and graduates who need remedial coursework, Ragan said “far too much classroom time is devoted to things that do not adequately teach our students reading, math, science and other essential academic skills.”

“Frankly, until the statistics are turned around, classroom time should not be devoted to the divisive concepts I’ve cited in this bill, but they should be minimized,” he said.

But Rep. G.A. Hardaway, a Democrat from Memphis, said U.S. history is filled with important lessons that are complex and nuanced and provide a fuller picture of the nation’s story.

“Taking the discussion of race, ethnicity, discrimination, biases out of the classroom does a disservice not merely to the students, but to the very principles that our country was formed on,” Hardaway said.

Ragan’s legislation does not include the phrase “critical race theory,” which is the study of how race and racism affect individuals and society. But his proposal seeks to prohibit many of the concepts taught as part of the academic field. National debate about its use in K-12 classrooms ramped up last September when then-President Donald Trump criticized critical race theory and called for “patriotic education” in the wake of increasing public demands for racial justice and culturally inclusive curriculum following a spate of killings of Black people by white police officers.

Ragan’s proposal would prohibit schools from including or promoting instruction or curriculum that says an individual, by virtue of the person’s race or sex, “is inherently privileged, racist, sexist, or oppressive, whether consciously or subconsciously.”

In addition, schools could not teach that the United States is “fundamentally or irredeemably racist or sexist.”

“We must create an educational climate where every student is an individual, not just part of some group,” said Ragan, slamming other teachings as divisive, cynical, and misguided concepts stoked by “self-appointed guardians of equity.”

Other GOP lawmakers said guardrails are needed because America is gridlocked over race and social issues.

“We must be a colorblind society, and we must be colorblind in our schools,” said Rep. Scott Cepicky of Culleoka.

“We should judge people on the content of their character, not the color of their skin,” added Cepicky, paraphrasing the civil rights leader Martin Luther King, Jr., who spent his life discussing and fighting systemic racism and systemic oppression. “We cannot teach the next generation to feel guilt and anguish simply because of the color of their skin.”

Rep. London Lamar, a Memphis Democrat, said America is not colorblind and that the legislation seeks to diminish the experiences of people who look like her.

“Every day as you grow up, you know your whole history in America was that you and your people were slaves. That’s our history,” she said. “Every educator should be able to have in-depth conversations with their students about race in America.”

Earlier, the Tennessee Alliance for Equity in Education, a statewide coalition of organizations, educators, and student leaders, expressed opposition to the proposal in an open letter to House leadership.

“The [legislation] represents an egregious and contradictory overreach aiming to prohibit complex but necessary classroom discussion topics and will cause an undue burden, confusion, and instill fear of repercussion in Tennessee’s public school educators as they teach significant social and historical events,” the letter said.