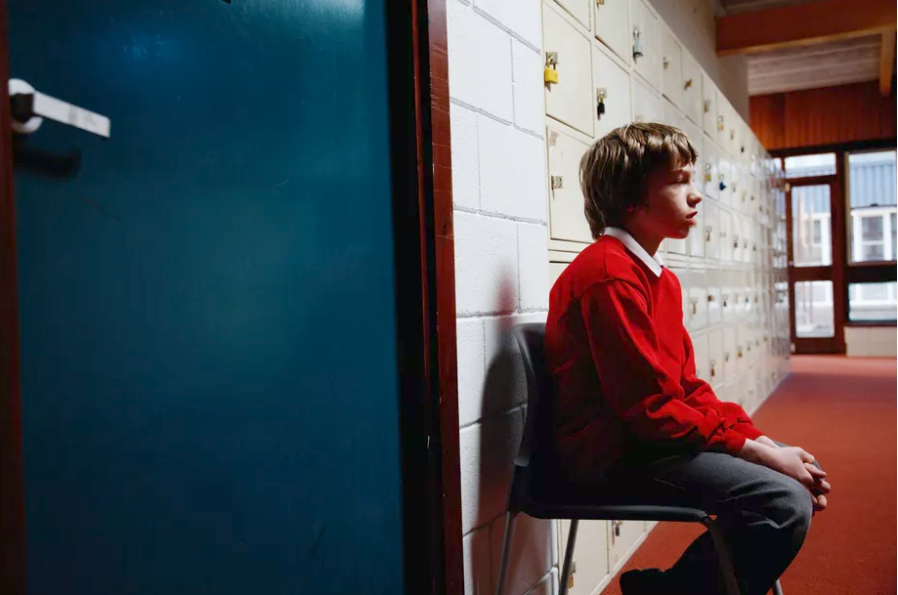 A bill aimed at empowering Tennessee teachers to remove chronically disruptive students from their classrooms cleared the legislature Thursday over objections that such exclusionary disciplinary practices ignore deeper problems.

The Senate’s 25-8 vote sent the measure to Gov. Bill Lee’s desk for his signature after an 81-15 vote in the House on Monday.

If the governor signs the measure as expected, the Teacher’s Discipline Act will create a uniform referral process allowing teachers to petition to remove students who repeatedly or substantially interfere with classroom learning. The policy is championed by the Professional Educators of Tennessee, which says out-of-control behavior by some students is driving teachers out of the profession.

The renewed emphasis on potentially punitive discipline comes as educators brace for a wave of social and emotional challenges from students as a result of the pandemic.

Opponents argue the bill, while well-intentioned, could take Tennessee backward. In recent years, the state increasingly has embraced restorative disciplinary approaches that deal with bad behavior without punishing offenders. The tactics also take into account adverse childhood experiences such as physical or mental abuse, neglect, or household dysfunction, which can lead to disruptive behaviors.

“When a teacher faces a disciplinary issue like this, removing the unruly student from the classroom isn’t the problem; the problem is getting that student the help they need so they can be reinstated into the classroom and achieve academically and behaviorally,” said Sen. Page Walley, one of two Senate Republicans who voted against the bill.

Walley, a psychologist who is a former commissioner of the Tennessee Department of Children’s Services, said the bigger issue is funding schools adequately to support student mental health and well-being. Currently, Tennessee does not provide enough money for districts to hire the nationally recommended numbers of school-based counselors, social workers, and nurses.

Sen. Joey Hensley, the Hohenwald Republican who co-sponsored the bill with Rep. Scott Cepicky, argued Tennessee needs to strengthen the authority of teachers to manage their classrooms, which ultimately will help all students.

Among the proposal’s six steps: Teachers must document actions taken to address the student’s behavior, speak with the student’s parent or guardian, and seek to involve a school counselor or other professional to help.

When all steps are exhausted, the school principal would take action based on the district’s discipline policies or student code of conduct. That could include placement in another classroom, in-school suspension, referral to an alternative education program, or denying the teacher’s petition and finding support to help the teacher.

“It provides for a formalized response that pays attention to the student’s rights, provides opportunities for counseling to find out what the cause of that disruption is, and it also backs up the teacher,” said Sen. Ken Yager, a Kingsport Republican and former teacher, who voted for the plan.

Others raised concerns that Black or disabled students could bear the brunt of the discipline, based on decades of research that schools disproportionately discipline students who are Black or have special needs.

“At a time when students in our country are encountering both a reckoning with racial injustice and a pandemic that has caused massive instructional loss and trauma, it is disturbing to see Tennessee lawmakers focus on legislation that would punish students rather than devote resources to addressing their social and emotional needs,” said Wendy Tucker, senior policy director for the Center for Learner Equity.

While federal law prevents removing students with disabilities from classrooms, several student advocacy groups worried the legislation will lead to the removal of those who haven’t yet been identified as having a disability. Other advocates said the bill doesn’t align with Tennessee’s efforts to understand and address traumatic childhood experiences.

“When it comes to trauma, you cannot discipline trauma out of the child,” said Rikki Harris, chief executive officer of Tennessee Voices, a coalition promoting mental health services for children.

“My concern about [the bill] really is that it advances the pathway to alternative school, and that could be a real setback for our state,” Harris told the Senate Education Committee in testimony last week.

JC Bowman, leader of Professional Educators of Tennessee, said the goal is to create a more objective, methodical, and supportive blueprint for discipline so teachers can teach and students can learn.

“We hope it’s going to be a rare occurrence that a child is removed from a classroom,” Bowman said. “But we live in a civil society, and rules matter. If we don’t have consequences for continued bad behavior, we’ll have more bad behavior.”